Brian Weideman reflects on his time spent in Europe over the summer. 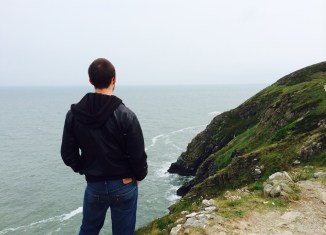 I carry a lot of fond memories of spending this last summer abroad: strolling through Dublin on rainy afternoons, using my broken French to navigate Paris, visiting vast castles in Luxembourg, spending lazy days on the beach after classes in Spain and meeting the most incredible people along the way from all different backgrounds and cultures who helped me discover something new about what the world has to offer. For these experiences, I am forever grateful. However, there was something more than just seeing the sights and enjoying the food. I learned some things larger about life than I ever expected.

I learned that people are inherently kinder than one would ever expect. Even though this sometimes meant people stood some two inches away when talking to me, there were countless people that were gracious enough to point a couple of jet-lagged Americans in the right direction, or ask us how we were getting along on our journey. Many of the experiences I had abroad, especially in Spain, really highlighted the contrast between the individualistic American culture and the collectivist culture that exists elsewhere.

I learned that, contrary to popular belief, America is not the center of the world. I know, this one came as a shock to me too. Of course, some of the clichés you hear about non-Americans, especially in Europe, is that they watch cheesy sitcoms and go clubbing listening to the latest hits from Britney Spears’ 2007 album “Blackout.” Well, it turns out those clichés are true, but beyond pop culture, people care little about the United States. All eyes are not on us, it seems.

Moving forward, I think I will have a much stronger respect for other cultures and viewpoints. The people I’ve met will stay with me forever. After tasting what the world has to offer, I can’t wait to see the rest of it.