Clyde and Katie Lisle, William Jewell College Campus’s newest married couple, have unique perspectives on the small college experience and human interaction in general. Katie, the upperclassmen Resident Director, has been observing the particular Jewell lifestyle for over a semester now, and Clyde has just moved in to the environment himself following their wedding in December 2017.

Both attended Midwestern College, the undergraduate program of Midwestern Baptist Theological Seminary, in Kansas City, Mo. Katie majored in Christian ministry with a Missions emphasis in counseling psychology and graduated in May 2017. Clyde graduated in December 2017 with an intercultural studies degree. They explained that Midwestern College’s very small size and emphasis on missions provides its students with some very uncommon takeaways.

“I think a big difference is—and whether this is good or bad is neither here nor there. A lot of people going to Midwestern don’t really have a job in mind. And I know that a lot of people coming to Jewell don’t have their jobs figured out or anything. But it’s—you don’t really get a degree there, and like okay now I can go into this job and do this work. And I think that’s a lot easier at Jewell, whether that’s good or bad. A lot of people are just going to get—‘Oh I want to learn more about this thing, so I’m going to Midwestern to learn this and have this knowledge,’ rather than have this degree. But then, also, I’m still working at a coffee shop, and I’m graduated,” Clyde said. 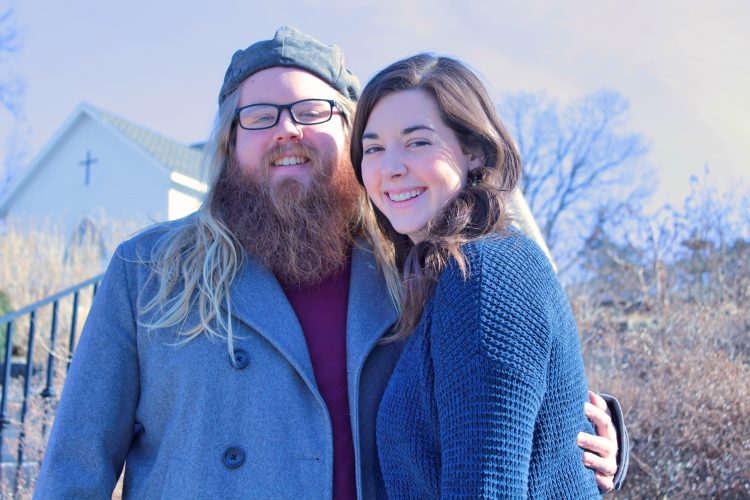 Katie emphasized that this is a thought-out choice not to rush into anything.

“And I’m a resident director at a college, you know. But it’s also neat because our perspective isn’t so ‘climb the ladder’ driven. It’s more so just, like, be content where you are and be life-long learners. So it’s like we’re both content with the fact that we live in a tiny apartment in a college dorm and just got married and he works in a coffee shop and I’m a resident director and we love that our life is like that. We’re not really trying to climb the ladder. But, again, not that one way is better than the other. It’s just what our past experience has led us to this worldview and mind set right now.”

Their recent union has largely impacted the couple’s perspectives. Clyde explained their philosophy on marriage.

“Marriage is—and there’s obviously a lot of beliefs wrapped up in what people’s ideas of marriage are. But for us marriage is a commitment and an agreement and a sacred covenant. And we have done that together. And what most people say is that eventually love goes away, and that romantic feeling goes away. But also it comes and goes as well, in seasons. But in those times that it’s not—‘okay then we can break our promise to each other that we made a while back because that feeling’s gone away.’ There’s this commitment and that’s gonna happen through me being for Katie rather than for myself and her being for me rather than for herself.”

Katie affirmed this sentiment, assuring that they are having a great time. 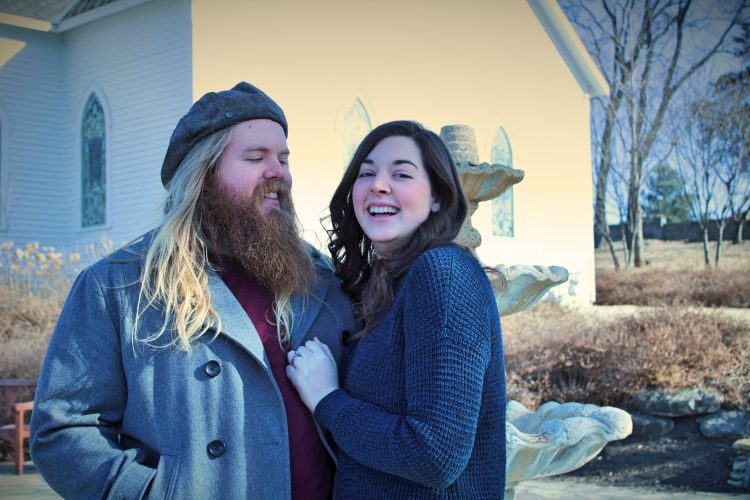 “I was so excited before. I had thought, ‘Is it really going to be this awesome being married?’ So the only thing that’s different is that I’m even more excited. And I’m not even saying that to be silly or just romantic. It’s just true.”

Each spent time studying abroad in India, and Clyde spent time in Nepal, as well. This immersion in unfamiliar cultures has formed how they relate to people in all spheres of life.

“Just asking a lot of questions, is really what it is, instead of assuming a bunch of things about anyone, asking them questions and being willing to learn about someone’s beliefs and learn about just their stories,” Katie said.