I got the opportunity to talk to Lydia Hanman, a junior nursing student and French minor, about some of the things that make life interesting. Hanman is involved in multiple organizations on campus. To name few, she is in concert choir, Zeta Tau Alpha and theater arts. In the style of the blog Humans of New York, I was able to ask her questions about her life and where she is right now.

What is your biggest struggle right now?

“Do I want to be a nurse? I really like nursing, but I don’t think I will be happy in a hospital. Nursing is a very, very open field and you can learn so much in different areas, like traveling nurses, Doctors Without Borders or the Peace Corps. Most of those things are sectional, so they take up two or three years, but don’t have anything after that. If I wanted to have a family, I know nursing would be stable and I could still support people, but would I be fulfilled as a person if I did that? … Maybe it’s because we [as nursing students] only know so much, and once we get into the field we’ll see it’s huge and we can do so many things. Maybe nursing school is a step I have to take, but for me I’m not sure being a nurse in a hospital is what I want to do. I talked to my dad and we talked about this question: what if I want to go off to clown school and be a clown? It’s a real question, am I courageous enough to take the risk?” 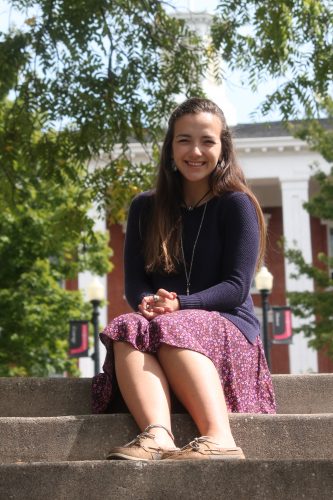 “I thrive on personal relationships and hearing people’s stories. That’s something that I run into everyday, and I know that if I were to go to a commuter college where I didn’t have interaction, and I had to live in an apartment by myself I would hate it. Jewell time is great for William Jewell because we get to spend time with each other. I love that. Also, sunshine.”

Name a place in the world you would go right now if you had no obligations, limits or language barriers.

“A lot of places. New Zealand, Austria, India… I want to go to Madagascar before it sinks. Probably India, because my grandpa grew up in India. He went to boarding school in what is now Pakistan, when England still colonized India as the British India Empire. When he was 18, India gained their independence which lead to the sovereign state of the Dominion of Pakistan, meaning that my grandpa was trapped. He then had to smuggle himself and other students, ranging from six to 18, back into India in order for them to be reunited with their families. So, I would love to see where he grew up and try to understand a little bit more about my ancestry.” 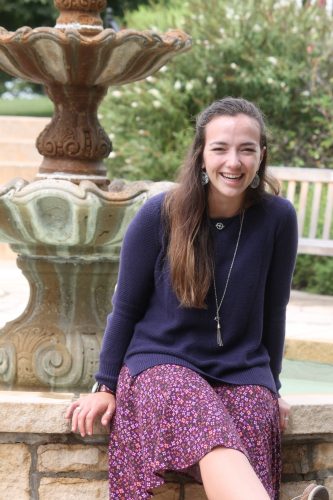