Ashlyn Bashore, junior English and religion and culture major, discussed her experience as a transfer student from a public university to a liberal arts college and explained how her humanities education has impacted her understandings of herself, others and the future.

“I think the big difference between—at least the school that I left—is that no one really cared about learning. It was just learning for the sake of getting a degree to either transfer somewhere else or to go into a trade or something. A lot of people would just say, ‘An associate’s degree is enough for me, I’m gonna go.’ There’s nothing wrong with having a family or doing all of those things, but nobody, at least in my experience, there were very few people who actually cared about learning. I feel like that’s different here.” 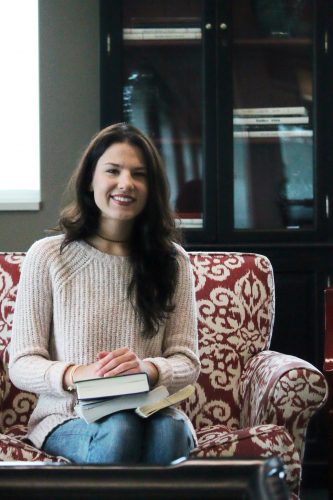 “I really wasn’t expecting to be pushed to consider my worldview as much. I thought that when I came to a liberal arts school, we were going to be doing a lot of academically rigorous things, but I didn’t expect to really be challenged to think in ways, or even just for a class period to sit and take a position that I don’t agree with and actually think about it and analyze something through that. I think that’s something that has enhanced my experience. When I came in, I remember Dr. Armstrong asked me, ‘What is a liberal arts school?’ I had no idea. I don’t know. Coming into this, the only thing I heard about liberal arts schools was, ‘That’s where you go to be a democrat, and then you change all of your opinions.’”

“The only thing I didn’t expect—even though we’re encouraged to be individuals, there’s also a lot of pressure here to conform to what it means to be a Jewell student, which is this hyper-successful, busy all the time, even to the point of creating things to be busy doing. But I think what we should be doing—and I tend to fall into that sometimes. You know you guys would probably be having a much more fulfilling time if you weren’t so concerned about this image you’re putting off all the time. Sometimes I feel like we’re all trying to impress each other by how open-minded we are, or how intelligent we are, or how successful we are, and I don’t feel like that’s what learning is about. I try to take an approach, when I go to class, I don’t care how I look. I just want to learn from people, even if we get into an argument or something, I still think it’s neat to learn things from them.” 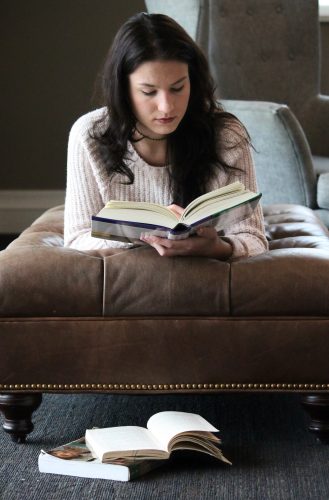 “Religion, whether you like it or not, is such a fundamental part of people’s lives, and it shapes how people act day-to-day. Not only just day-to-day, but their entire lives. So being able to at least understand a portion of that and bring that to a conversation with somebody is really important. That’s what I hope, if I—because my plan is to go to law school. I want to use that when I’m communicating with people, so that on some level I can understand people of a differing background or experience. I think, as scholars in the humanities, we have a unique position and that we can see into certain things. We spend all of our time reading religious texts or literature and things like that. So we can see things like racial inequality and how it affects people, even just the institutions and situations that support those things. I think we should use those things, and our abilities to see things, to talk to people and change things. I think that you can choose, at an individual level. I’m not trying to go out and change the world immediately, but maybe I can do my part.”