Bryar Buhlig, first year interactive digital media and theatre major, elaborated on her familial ties to the school and her involvement with the Jewell Theatre Company.

Having graduated from Kearney High School, Buhlig stated that a major reason she was pushed towards Jewell was due to the fact that her brother, Brandon Buhlig, works in the IT department, as well as an older sister attending Jewell in previous years.

“My parents wanted me to come [to Jewell]… but I said, ‘I’m going to make my own decision
on where I want to go,’” Buhlig said. “It felt right to me.”

Eventually, she agreed to tour the campus and decided she liked it, and it helped that the program she wanted was available.

“Theatre I got into my freshman year of high school. I was in choir class, and our choir teacher mentioned the musical, and I thought, ‘Hey, that might be fun,’ and I auditioned. From then on, I just fell in love with it. I did that all four years of high school and continued here.” 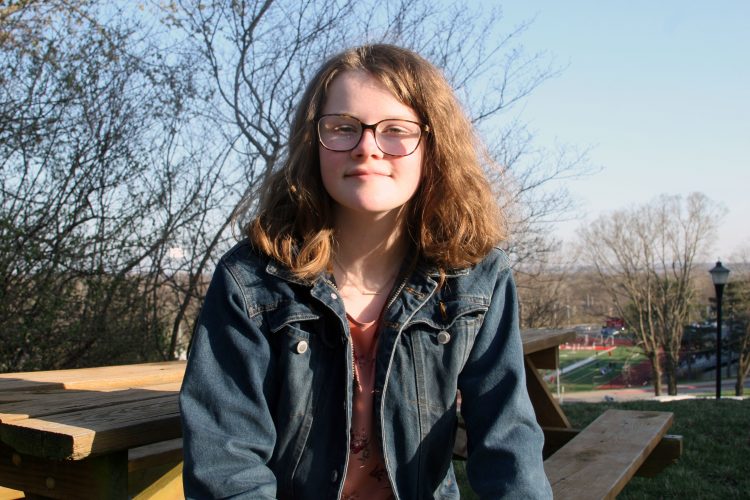 “I don’t know when exactly I decided [theatre was] exactly what I wanted to do, but I believe it was my first semester of senior year. I’ve always been much more of a creative person, so when I started taking [photography and design]  classes and really enjoying it, it just kind of made sense to continue to study that as more of a practical option than going into performing as a sole career base.”

Buhlig enjoyed her acting career at her high school but didn’t reach into the realm of design until later. Through this, she was able to print one of her designs on different promotional posters and banners for a musical she worked. 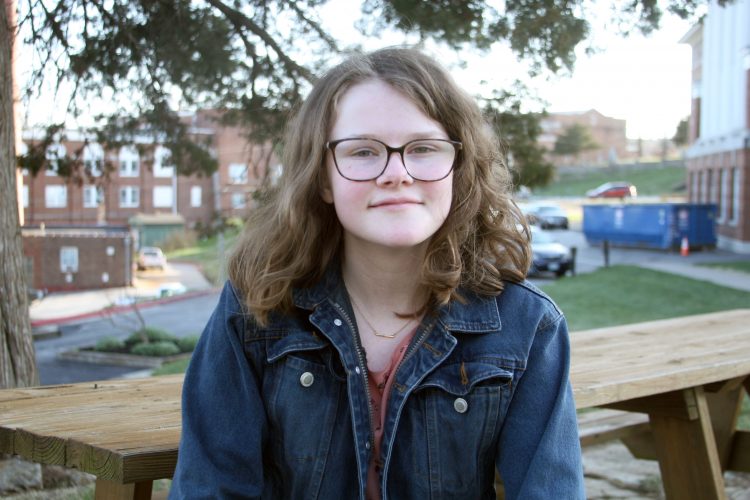 “I didn’t start doing [design and photography] until my senior year of high school when I had some extra space in my schedule to fill up, and I thought I’d take graphic design and photography. I ended up just really enjoying it, and so I did it all throughout my senior year. I took all the classes in those two fields that I could, and decided to extend that into college,” Buhlig said.

It wasn’t until her encounter with design that she decided what she really wanted to study.

I’ve always been much more of a creative person, so when I started taking those classes and really enjoying it, it just kind of made sense to continue to study that as more of a practical option than going into performing as a sole career base.”

In her involvement at Jewell, Buhlig recently designed posters and T-shirts for Jewell’s spring play, “In the Time of Butterflies,” as well as managing props for different shows. She can often be found working on different productions in and outside of work study. She enjoyed getting to work with different designs during the previous play but expects to get more involved next semester.

“In the future, I’d say I plan to do freelance graphic design work, and hopefully one day I’ll own a small business. I hope to eventually lead a small team of people in doing design work in various aspects.”