A new transgender policy is currently being drafted by William Jewell College’s by Student Senate. Members of Senate and the Office of Student Life are working to create a policy that provides a foundation for services and accommodations for transgender students and/or students who are transitioning.

“The University already had a policy, but all of the Oxford colleges work on different systems and none of them had anything to address the protocols for students that transition. When a student changes their name and/or pronouns, you can imagine it requires a collective effort by the college to make those changes sensitively and with respect towards the student,” said Murphey.

After working on the project at Oxford, Murphey decided that students at Jewell would benefit from a similar policy. The College does not currently have a policy to help support transgender and transitioning students. Murphey joined Student Senate in order to help enact this change on campus.

“Although student government is not something I’m normally interested in, I thought it could be a good way for me to learn how to make changes at Jewell, especially in the LGBTQ sphere,” said Murphey. 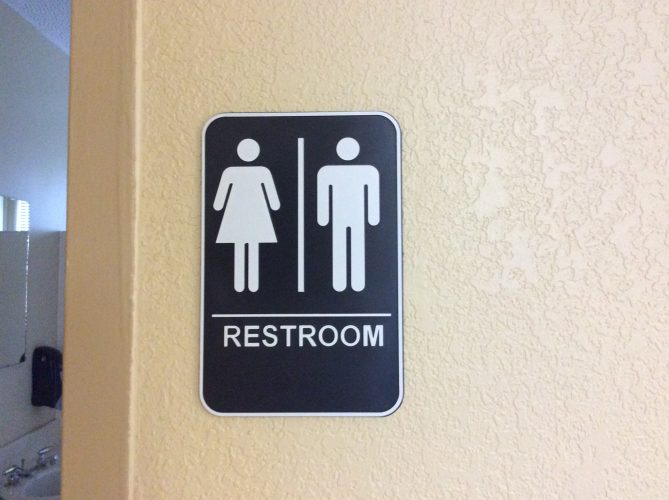 Now Senate is working on creating a transgender policy to set up the basic standards that the College will have for students who are transgender and/or transitioning. The policy is still in the drafting stages but aims to facilitate diversity and inclusion on campus. This includes creating gender-neutral bathrooms, gender-neutral accommodations and a channel of communication for students who are transitioning.

“The new policy will cover a huge array of things. It will have a major focus on communication amongst staff members and database changes. We will identify a point of contact for students to go to when they wish to make changes, such as their email address or name on file,” Murphey said. 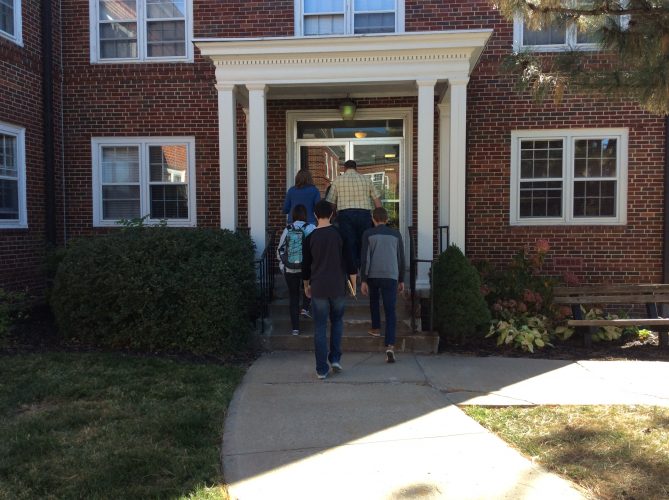 Office of Student Life and Student Senate members on the walk through campus housing.

Student Life is working with Senate to help get policies approved. A walk around campus was promoted to help brainstorm locations for gender-neutral bathrooms and living accommodations. Students, Murphey, Shelley King, Ernie Stufflebean and Stephany Guest attended this walk through. Student Life is collaborating to help create a comprehensive policy.

“What is most important for us right now is making sure the facilities we have, such as restrooms, are safe and welcoming to our transgender population,” said Shelly King, dean of students.

The project is still in the planning stages, and a lot is undecided. Murphey discussed the potential for two separate policies on campus, which would help create a cohesive approach to developing a more inclusive environment.

“We have thrown around the idea of making two policies: one more focused on the administrative responsibilities to students and the other about developing the campus to be more conscious and inclusive towards trans and gender non-conforming people. The goal will be to educate the whole campus about the challenges they face in our community. This second policy would focus on changing how we live, from the way we talk to the curriculum in classes,” said Murphey.

Students who wish to get involved in the decision-making process have some options. Student Senate hosts free coffee Sunday nights in the Pryor Learning Commons where students can come and discuss projects on campus, including the new transgender policy. Senate also plans to send out a campus-wide survey on gender-neutral accommodations. Student Life plans to hold a focus group discussing gender-neutral bathrooms on campus.