On Jan. 14, The Undefeated’s Cari Champion interviewed former NBA champions and finals MVPs, LeBron James and Kevin Durant. The focus of conversation was not on basketball as much as the state of the country. James, who had been critical of President Trump before, calling him a “bum,” continued his criticism of the president’s leadership, saying “he really don’t give a f– – about people.” James elaborated that the current president is not the inspiring example that previous presidents were. Durant chimed in with the same sentiment, saying “it’s all about leadership… and I feel like our team as a country is not run by a great coach.”

Fox news host Laura Ingraham’s response to these comments about President Trump was less than positive, calling the statements “ignorant.” Ingraham added that the two players shouldn’t “run their mouths like that” because of their influence on young minds, citing their lack of education. James finished high school early for the NBA, and Durant completed a single year at the University of Texas before entering the league. Ingraham encouraged the two league ambassadors to “keep the political commentary to yourself… shut up and dribble.”

The reaction to Ingraham’s response by the basketball world was swift and unifying.

“We know it’s bigger than us, it’s not about us… this is bigger than me playing the game of basketball,” he said.

Durant insisted that he and other professional athletes have an obligation to use their platforms to incite positive change in the world.

Many in the NBA came quickly and voluntarily to James and Durant’s defense against Ingraham and those who agree with her. NBA Commissioner Adam Silver released a statement praising them for speaking out on the issues important to them and their responses to Ingraham’s comments.

San Antonio Spurs head coach Gregg Popovich, a five-time NBA championship coach who has not been shy in speaking out on issues he feels are important, criticized Ingraham’s comments and praised James for speaking out. Popovich called the Fox host’s comments “an unbelievable show of arrogance” while comparing James to the Marvel comics hero Black Panther. The recent movie release has inspired many African American outspoken personalities, particularly those in the sports world.

James’ best friend and former teammate Dwyane Wade also spoke out on Ingraham’s comments. Wade is a career leader in nine different statistics for the Miami Heat, has won three championships with and has played for the team for almost 14 of his almost 15 seasons in the NBA. He is objectively one of the greatest, if not the greatest, player to ever wear a Heat jersey. After the Marjory Stoneman Douglas shooting Feb. 14, one of the victims, Joaquin Oliver, was buried in that very jersey. Wade used this particularly personal instance as an example, saying “this is why we will not just SHUT up and dribble” via Twitter Feb. 26. The next day, Wade hit the game-winning jump shot over Ben Simmons and the Philadelphia 76ers while wearing shoes with Joaquin’s name on them, and his family sitting courtside. 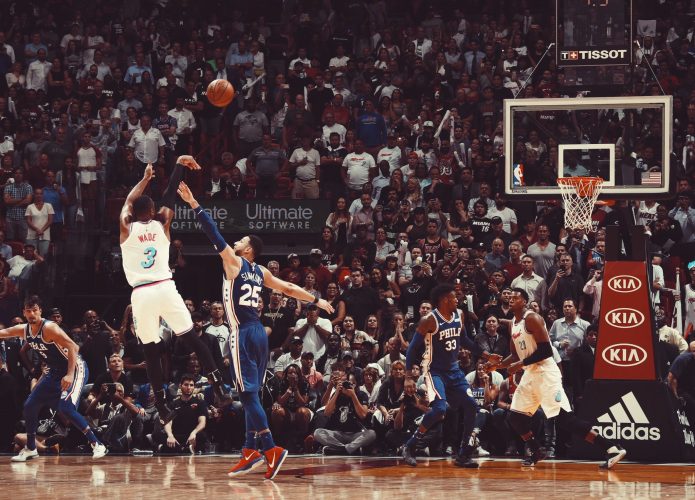