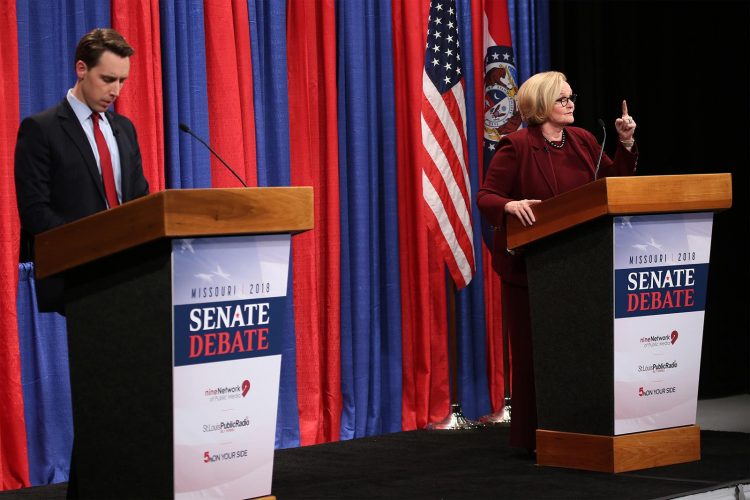 The 2018 midterms were atypical for several reasons – not only were they the most expensive midterm elections in United States history but voter numbers were record-high as the Democrats took the House and the Republicans retained control of the Senate.

Locally several ballot initiatives were passed, records were broken and new representatives were elected as several incumbents were voted out of office. 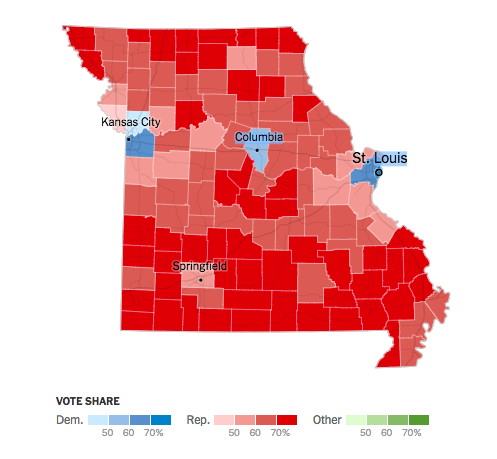 Map of Senate election results in Missouri. Courtesy of The New York Times.

A self-proclaimed “constitutional conservative,” Hawley has served as the Attorney General for Missouri since 2017 and has built a reputation as an advocate for religious liberty and reduced government. Hawley has been involved in lawsuits against several prominent companies, including search engine Google and drug companies Purdue Pharma, Endo Health Solutions and Janssen Pharmaceuticals.

Endorsed by a number of conservative groups – including the Senate Conservatives Fund, the Tea Party Patriots Citizens Fund and the National Rifle Association, Hawley is a strict believer in traditionally right-wing ideals.

Hawley believes both the Affordable Care Act and abortion are unconstitutional and that human trafficking can be blamed on the women’s sexual revolution of the 1960s. He has been endorsed by President Donald J. Trump and has vocally supported the current administration’s actions, including implementing a child-separation policy at the Southern border, the impositions of trade-tariffs and the appointment of Brett Kavanaugh to the supreme court.

The other elected representatives of Mo are:

And, for the House of Representatives: 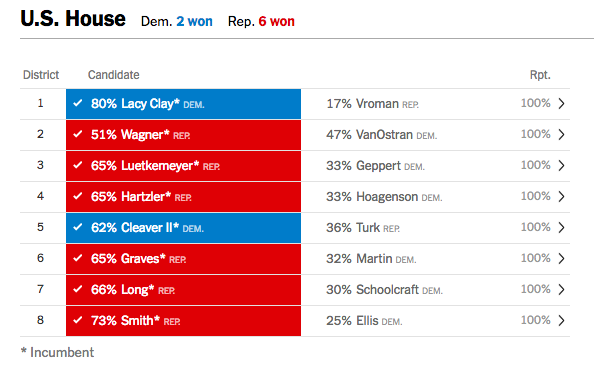 Amendment 1 passed with 62 percent of the vote – thereby restricting the value of campaign contributions that candidates can accept from individuals or entities and mandating that legislative records and proceedings be open to the public.

With 65.5 percent of the vote, Amendment 2 passed legalizing marijuana for medical purposes with a 4 percent tax. Revenue collected from this tax will be dedicated to health care services for veterans. While Amendment 2 passed, Amendment 3 and Proposition 2  – both seeking to legalize medical marijuana  – both failed.

With 52.4 percent of the vote, Amendment 4 passed removing language limiting bingo game advertising and enabling members of licensed organizations to manage games after only six months, as opposed to the currently enforced two years.

Proposition D, a 2.5 cent per gallon gas tax to be imposed for four years beginning July 1, 2019 to raise money to prepare roads within the state, failed to pass with only 46.4 percent voting in favor.

The Senate seat in Kansas was not up for grabs in this year’s midterm election and incumbents Pat Roberts (R)  and Jerry Moran (R) will be up for re-election in 2020 and 2022, respectively.

For the House of Representatives:

The election of Sharice Davids (D) from the third district broke records as  – along with Deb Haaland (D) from New Mexico  –  she will be the first Native American woman elected to Congress. Additionally, Davids is the first openly LGBT member of Congress elected in Kansas.

In a contentious race, Democrat Laura Kelly was elected as the governor of Kansas, defeating Republican nominee Kris Kobach. Incumbent Sam Brownback (R) was unable to run for re-election due to term limits, however, he may run again in 2022.

No measures were listed on the Kansas ballot in this year’s midterm election.