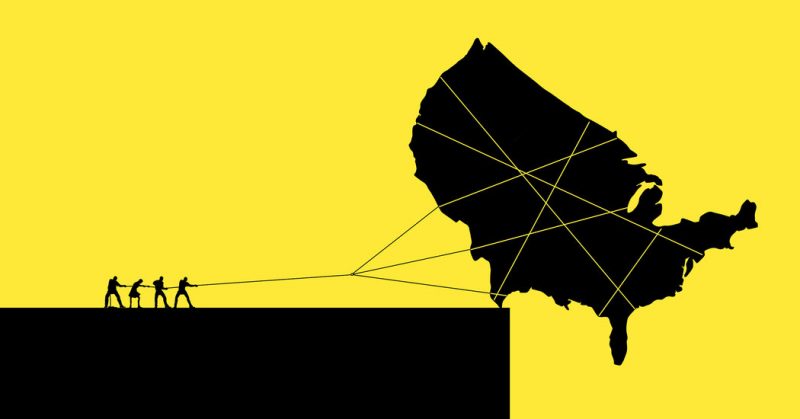 The New York Times published an anonymous editorial Sept. 5 that sent shockwaves through the country and White House officials scrambling for answers. The piece, written by a senior official in President Donald Trump’s administration, claims the White House is a rogue state where senior staff members must secretly protect the nation from the “misguided impulses” of the president. It also claims those staff members have formed a secret resistance and are essentially running the country instead of the president.

The revelation of a chaotic state of affairs within the White House is no surprise. People ranging from former FBI Director James Comey to former White House aid Omarosa Manigault Newman have made their disastrous experiences with the president well known the minute they left the White House.

In the year and a half since Trump took office, whispers of chaos, instability and cover-ups have circulated throughout the media. It only takes a few minutes on Twitter to notice the president is prone to quick judgments and quick actions. Rumors of what staffers call an interior “resistance” are as old as the president’s administration. This anonymous editorial confirmed those rumors.

Instead of focusing on the alarming allegations, much of the focus is on whether The Times should have published the anonymous editorial in the first place.

Anonymous editorials are rare. According to The Times op-ed editor, James Dao, the newspaper has published anonymous articles before, but it is only done when the safety of the writer is at stake. Earlier this year, The Times published an anonymous opinion piece by an asylum seeker from Guatemala. In 2016, the newspaper made the same decision to protect a Syrian refugee.

There is no doubt that if the newspaper used Anonymous’ real name, the White House would have immediately fired that person. If the unnamed author is exposed, and resistance loses a vital member, the country is left unprotected.

Trump and his team rebuffed the editorial, claiming its contents are an issue of “national security.” Trump immediately turned to Twitter and wrote “TREASON?”

In my opinion, the information provided by Anonymous was, as Dao says, “an important piece of opinion journalism.” It is only through reporting by those who interact with the president on a day-to-day basis that the public can grasp the dysfunction within the White House.

The most shocking revelation was that staffers have discussed invoking the 25th amendment. This would have officially declared the President of the United States unfit to hold office. The significance of this cannot be overlooked.

I understand why President Trump considers this article a threat to national security. He clearly doesn’t want everyone around the world to see the fragility of the United States and the disarray within the president’s inner circle.

But I believe the only way to fix the issues that plague this nation is to embrace The Times and the anonymous author. The American people need to know the truth about the state of their union. We have to expose problems in order to fix them.

Whether you agree with the president’s decision or the motives of the anonymous senior official, this country is better because of watchdogs like The Times. This is the role of journalism.

The media serves this country by providing a place where important information can be shared with the public and problems can be exposed. Without journalists, chaos and instability would reign free.

I understand many people are upset The Times allowed an anonymous person to write an editorial. Without knowing the source, we have to trust the Times’ vetting process. I do.

Newspapers rely on anonymous sources all the time. During the Watergate scandal, The Washington Post received an anonymous information from an informant they named ‘Deep Throat,’ and clearly, Deep Throat’s information was correct.

What makes this article different is the informant was not just a source for a news story. They became the story. By identifying themselves as part of the resistance to the president, they confirmed the country’s worst fears. The leader of the free world is not in a position to lead.

I believe The Times decided to publish an anonymous editorial instead of a news story because it was guaranteed to stand out and grab people’s attention. The anonymous nature of the editorial, and the key insight the author provides, gives credence to the gravity of the situation in the West Wing.

Most of the information the editorial contained is not new. Dozens of former employees have disclosed similar concerns. What is new is that this information came from someone still in the White House who is willing to protect the country from Trump’s “impetuous, adversarial, petty and ineffective” leadership style.

Some will continue to criticize The New York Times for publishing the article, but we should all be glad to live in a society where the press has such freedom. Journalistic integrity was put to the test this week, but The Times’ editorial staff showed the intrinsic value of a free and open press.

I applaud The Times for publishing the article. It gave the public an unprecedented inside look at the dangerous turmoil that exists within the White House. That is access the public could never see without the unnamed author.