One change implemented this year is the new alcohol policy. The old policy limited students 21 years of age and older to one 12-pack of beer, two bottles of wine or a fifth of hard liquor in their rooms, including empties. Alcohol consumption was prohibited in the presence of individuals who were not of age. According to Ernie Stufflebean, Associate Dean of Students and Director of Residence Life, the previous policy was six or seven years old, and that was the first time that alcohol was allowed on campus in any context.

The conversation introducing the possibility of this change began last academic year between the Office of Student Life and the 2016-2017 Student Senate cabinet.

After their initial discussions with Student Life, the Senate Cabinet requested student feedback in a campus-wide survey and researched other college’s alcohol policies. They formed the policy based on the results and their conversations with Student Life. The final policy draft was presented to the Board of Trustees for approval.

The new policy, which went into effect Aug. 1, 2017, removed former restrictions and established new regulations. Among these are the ability of students who are of age to consume alcohol in the presence of students who are not 21 years of age and the removal of most limitations on the types and quantities of alcohol that a resident can keep. 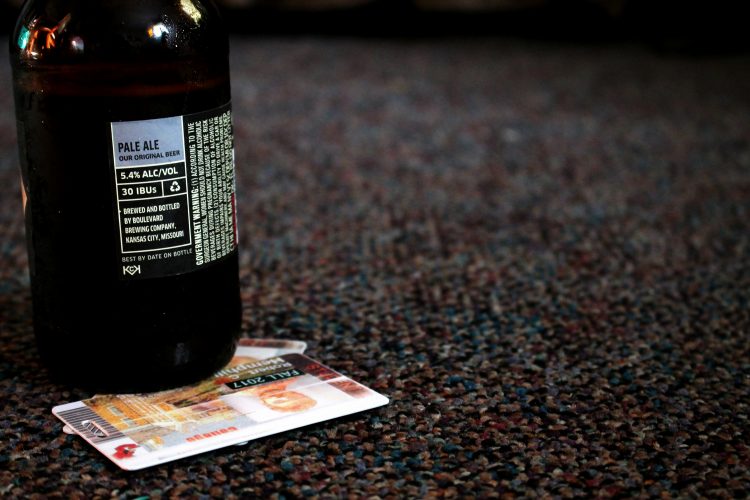 Residence Life staff reflected on this increased responsibility. To encourage responsible consumption, there are still some restrictions. Alcohol that is 95 percent content or 180 proof is not permitted on campus at any time.

“The new policy has a lot more freedom, but I believe Jewell changed it because they believe their students can handle that,” said Grace Miller, senior psychology and Spanish major and Resident Assistant (RA).

The other change in the policy created spaces for consumption and allows organizations to have events where alcohol can be consumed. The policy defines spaces in four categories: private, semi-private, semi-public and public. A private space is a student’s room in the residence halls. Alcohol can be consumed in this location anytime provided that the student hosting the event is 21 years of age. Semi-private spaces are designated, marked spaces in upperclassmen housing, including fraternity houses, where alcohol can be consumed anytime, as long as it is in its original container or in a clear cup. Semi-public spaces include areas like the Shumaker Multipurpose Room and the Peters Theater lobby. Alcohol may only be consumed in these spaces at events that have been submitted and approved by the Office of Student Life. Public spaces are defined as all other areas on campus that do not fall into the prior categories. Events that are held in Yates-Gill Union or other pre-approved areas with a clear entrance/exit and defined boundaries can receive permission from Student Life to serve alcohol, but it is prohibited in all other public spaces at all other times.

Members of Residence Life staff and Student Life support these changes. Stufflebean emphasized that the new policy is focused on responsibility and responsible consumption, with peers holding peers accountable.

“Strictly from a policy enforcement standpoint, we embrace it because it makes enforcing the policy so much easier than it was in the past,” said Stufflebean.

“Honestly, as an RA, the new policy takes away a lot of the grunt work we had to do previously. There are not as many situations that could get an of-age person into trouble, so for us as RAs, that means there is less to worry about. We still want people being safe, but older students are now more in charge of their own actions and that helps our side of things,” said Miller.

In conjunction with the new policy, the Standard of Conduct Review Board was created. This committee will handle all student conduct violations with the exception of Honor Code charges, which the Honor Council addresses. The committee was designed to replicate the Honor Council. Students charged with conduct violations will go before a panel of five students and one faculty member, who will hear their case. For the student to be found in violation and be issued sanctions, a two-thirds vote is required.

“I think [the Standard of Conduct Review Board] will allow for a little bit more of standardization when it comes to issues of student conduct. … It allows for clarity and understanding what the outcomes of any committee hearings are going to be, as well as what impact it will have on the student. So you know going in these are the seven or eight outcomes that could potentially happen from this, and I know these are the only seven or eight outcomes that can happen from this,” said Apollon.

Over 40 students and 12 faculty have been trained to sit on this committee and will rotate through. Therefore, if a student on the panel has a conflict of interest with the student being charged, the committee member can choose to be replaced.

“I’m really excited to see how this is going to all play out. I think it’s a lot of good change, and I think Student Senate did a great job of making some very good arguments…We tried to develop something that was a good fit for us and what we’re trying to accomplish from a community standpoint, from a culture standpoint, from a point of education and responsible behavior and role modeling,” said Stufflebean.