Shake Shack has officially been open since Sept. 6 and is located in the Country Club Plaza.

People of all ages lined the street opening day to get one of the nationally famous burgers and shakes.

The first 100 people in line received a custom made Shake Shack Charlie Hustle tee and samples of their shakes.

Sadly, I was not one of the first 100 because I had class, but I did get to attend the grand opening and, let me tell you, tons of people showed up. The employees handed out Shake Shack frisbees, sunglasses, wristbands and mini foam footballs. I waited for around an hour and a half for a Shake Shack burger and an oreo shake, and it was 100 percent worth it.

Their signature burgers are made with 100 percent all natural angus beef – no hormones, no antibiotics, just pure meat. The burger is then topped with lettuce, tomato, ShackSauceTM – a blend of ketchup and mustard and “secret ingredients,” pickles and a non-GMO Martin’s Potato Roll.  I say if you’re going to eat a burger, this would be the one to eat. 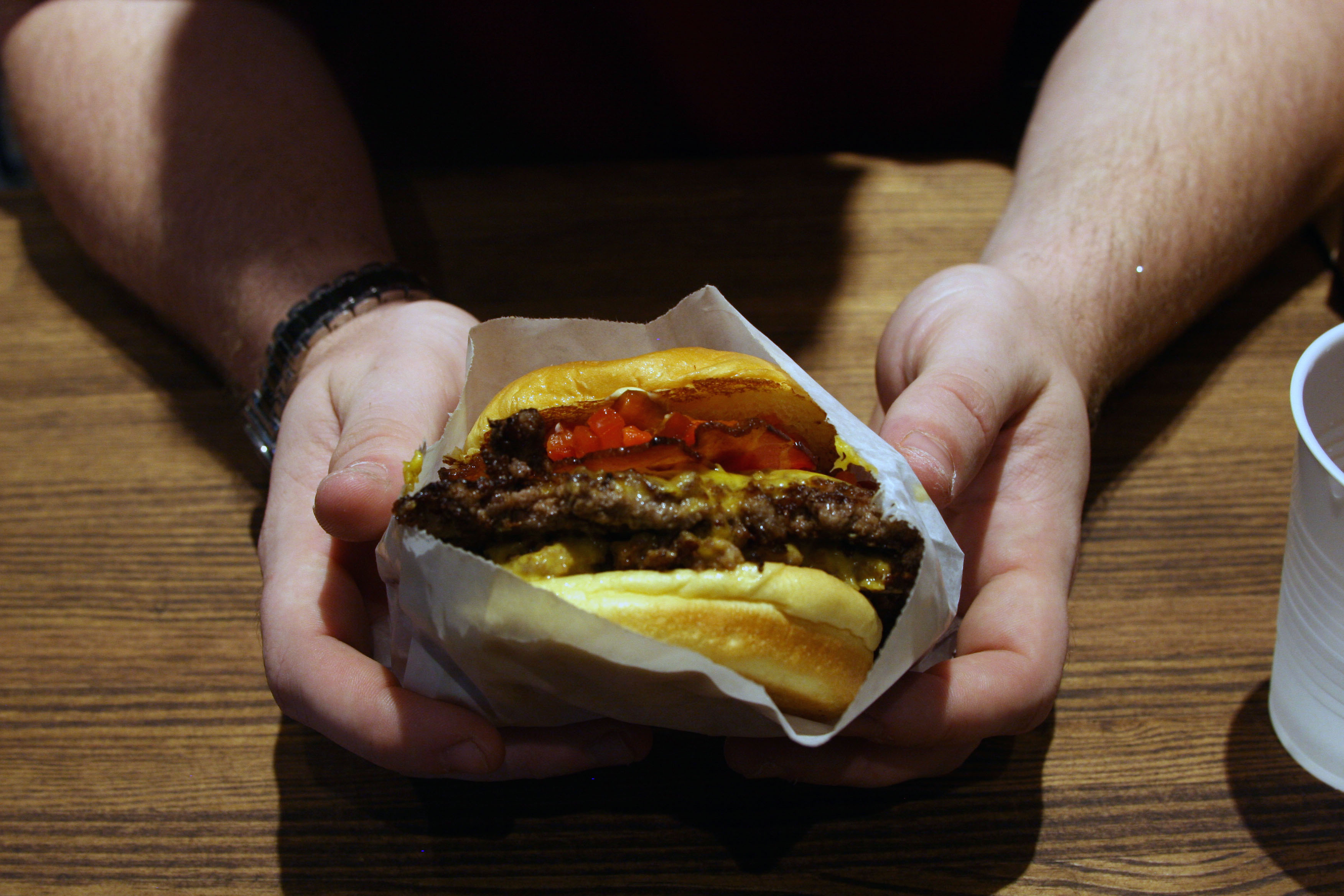 Shake Shack also offers other options such as chicken sandwiches, which are made with 100 percent all-natural cage-free chicken, Vienna beef hot dogs, crinkle-cut fries and cheese fries. They also offered a vegetarian option for the meat-free eaters. The ‘Shroom Burger’ – a crisp-fried portobello mushroom filled with melted muenster and cheddar cheeses, topped with lettuce, tomato and ShackSauceTM – is a meat free burger that almost tastes as good as a beef burger.

Shake Shack is all about sustainability. Their tabletops are made out of reclaimed bowling alley lanes and the chairs are made from sustainable materials. It’s great to have a fast food restaurant that cares about its customers’ bodies and the environment.

Shake Shack has embraced their Kansas City love. In their drink selection, they offer Kansas City based Boulevard,Torn label brewing company and Crane Brewing. If you want to get a little fancier with your burger meal, they offer Shack white and red wine from The Gotham company, a New Jersey-based company that makes sustainable, clean wine.

Nonalcoholic drinks include shakes, of course. They have a variety of flavors, including hand-spun vanilla, chocolate, caramel, black & white, strawberry, peanut butter or coffee Fair Shake, and, exclusively to the Kansas City location, a Pie Oh My Shake – a vanilla custard with a slice of seasonal pie from Ashleigh’s Bake Shop in Westport. There are floats, cones and concretes as well.

Shake Shack’s first location was a small hot dog stand in Madison Square Park, New York. The company has slowly grown into the famous burger joint it is today. For a long time Shake Shack restaurants have exclusively been an east coast, big-city favorite. Kansas City is growing into its city roots and this installation of a popular restaurant shows that the city is finally getting the recognition it deserves.

So get some friends together, or some acquaintances, or yourself and a car, and drive down to the plaza to grab a world- famous Shake Shack burger, you won’t regret it.