Shaquem Griffin, the former linebacker from the University of Central Florida is one of the biggest surprises of 2018 NFL draft. Griffin is not only standing out for the fact he doesn’t have his left hand but also for his great performance.

He lost his hand due to a prenatal condition. During his mother Tangie Griffin’s twin pregnancy, a fibrous strand of the amniotic membrane had wrapped around Shaquem’s left wrist. Doctors had the choice to take it off, but moving the band could make it wrap around the neck of one of the twins. Mrs. Griffin decided to not move the band. At 4 years old the pain on Shaquem’s left hand was so bad that it led the family to decide to amputate the hand.

The Combine is an event where athletes are put through tests to showcase their athletic ability. Every year, the very best college football players are invited to the Combine in Indianapolis, Ind., where all 32 NFL teams conduct an intense, four-day “job interview” in advance of the NFL Draft.

The reasons why Griffin is shining are his results and his dedication. He ran a time of 4.28 in the 40-yard dash, the fastest for a linebacker in more than a decade. And on the bench press, he did 20 reps using a prosthetic on his left arm to attach to the bar, his performance was better than 10 of the offensive linemen who did their bench presses the day before. 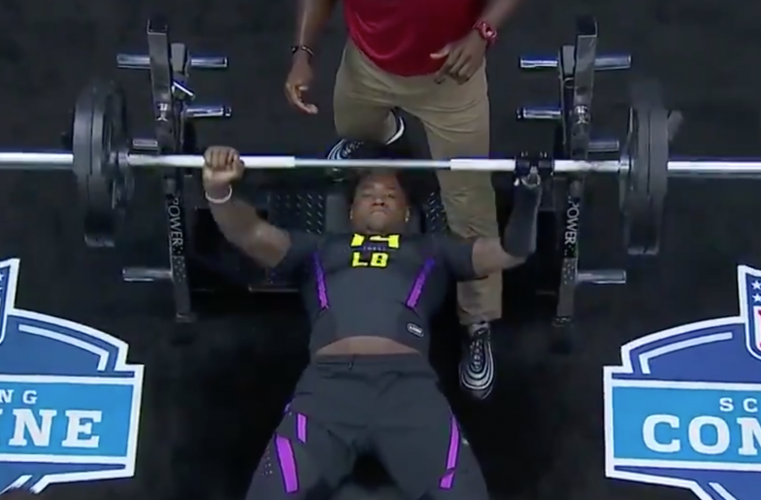 Needless to say, Griffin is breaking all the barriers he faces and is on the right path to become the first amputee athlete in the NFL.

Photo courtesy of The Orlando Sentinal.