“I enjoyed hearing about chemistry outside of the classroom,” said Anderson. “It’s a different way of learning, and it reminds me that I learn chemistry more than just for a good grade.” 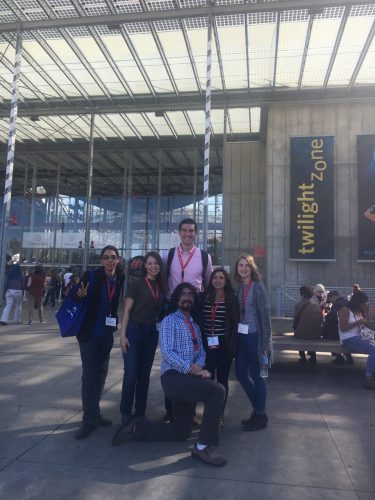 “It’s also a huge educational resource,” said Tush. “You can get ideas for your SPS chapter, how to make it better, get ideas for research, you can meet other physics students. For us it was really valuable because we have such a small physics department, it was nice to get out and meet people in other physics departments and see how other schools do things. They also bring in a bunch of big-name speakers to give lectures, then they do a bunch of workshops. If there’s something you’re really interested in in the physics realm, odds are you’re going to find a lecture or workshop about it that weekend.”

Among the lecturers were Nobel Prize winners and other big names in the physics world.

“It was cool just to hear them talk because they’re so much smarter than I am or will ever be,” said Tush. “And so just getting to sit and listen to them I really liked.”

Tush also said that she enjoyed the opportunity to meet physics students from other schools.

“I really like the networking, getting to meet people from other departments because our experiences are so different,” said Tush. “I got to meet one girl specifically who goes to a small liberal arts school in New York and she’s a physics undergrad, but her physics program is like 70 percent women, so I got to have some really cool conversations with her that I wouldn’t have had if not for this conference.”

Anderson also enjoyed meeting a range of students at the chemistry conference.

“Talking to the students during the poster sessions was beneficial networking because many of the undergraduates spent their summer at and REU [Research Experience for Undergraduates funded by the National Science Foundation],” said Anderson. “REUs are particularly competitive programs, so the more networking, the better.” 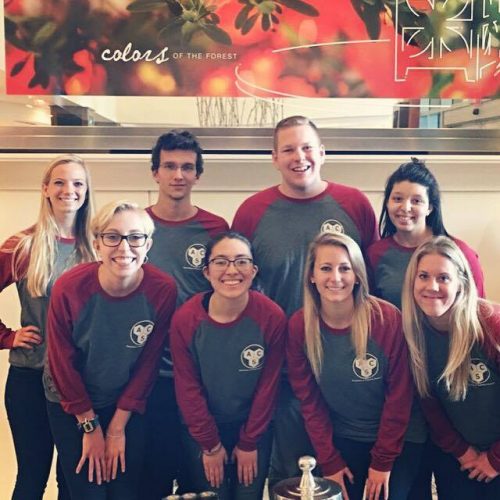 Jewell students also presented at these poster sessions, including seniors Larissa Dougherty, Camille Love, and Ashleigh Milne. Love was also recognized as one of the top presenters in her category.

Both students said that their respective conferences had both graduate students and professors present so that students could look at graduate programs across the nation. Tush also said that there were discussions and opportunities for students who didn’t want to pursue graduate school.

“A lot of people assume that if you get a physics undergrad, you have to go on to grad school,” said Tush. “There are other options, and that’s something I think our department does really well, telling you, ‘no you can a physics undergrad and go to law school, or you can get a physics undergrad and be an engineer, you can be premed, you can do all these things with physics undergrad. They had a session there about that and we [Jewell students] were all sitting like, ‘we know this stuff’ but people around us were amazed that they didn’t have to go to grad school for physics. It’s really nice to know that our department cares enough to share these options with us rather than just tell us the easy answer which is ‘just go to grad school, you’ll be fine’. They’ve gone out of their way to inform us of all our options.”

For students who wish to go to conferences in the future, both Anderson and Tush encourage communicating with the cabinets of honor societies and with the departments. Tush also mentioned that a student doesn’t have to be a physics major in order to be involved with the physics department. She encourages other students to get involved with physics events.

Overall, science students seem to enjoy and benefit from the conference experience.

“Getting to go on these conferences shows you that physics is more than just the classroom setting,” said Tush, “It’s more than the homework problems you do, it’s actually changing the world and finding these problems and finding solutions to these problems, which gets lost a lot in our academic environment I think. We get bogged down with thirty homework problems and I forget that I’m actually learning something that is a really valuable tool and resource.”