The NFL draft is a football event that takes place every spring in which the professional NFL teams select players from a pool of the most gifted college athletes in the country to add to their roster. The order of selection is based upon the team’s record, with the worst team selecting first and the best team selecting last. This event is always surrounded by intrigue, controversy and celebration as these young men’s lives change forever on this night and NFL teams add the players that will define their franchises going forward.

Photo courtesy of The Buffalo News

Quarterbacks are always a point of intrigue during the draft as they are considered the most important position in football, so teams lacking one often do poorly and look to find their signal caller of the future early in the draft. This year there are three quarterbacks many consider to be the best in the draft class, and will likely be taken very early, potentially the first three picks. Sam Darnold, a redshirt sophomore from the University of Southern California, Josh Allen, a junior from the University of Wyoming, and Josh Rosen, a junior from the University of California Los Angeles, are these three. Each has their own individual strengths and weaknesses.

Many consider Darnold to be the most accurate passer in the draft, but he had problems turning the ball over too often in his final season at USC. Josh Allen brings the strongest arm of the three to the table, but the trade-off is that he seems to be the most inaccurate. Finally, Josh Rosen seems to be the most balanced of the three skill-wise, but he has expressed his disinterest in playing for the Cleveland Browns, who have the first pick. After Cleveland, the New York Giants and New York Jets pick. All three of these teams are looking for a quarterback for the future of their franchise.

The Cleveland Browns’ new general manager, John Dorsey, formerly with the Kansas City Chiefs, has already shaken things up in Cleveland early on in his tenure with the Browns. He has traded for Pro Bowl quarterback Tyrod Taylor, Pro Bowl receiver Jarvis Landry, and former first-round NFL draft pick Damarious Randall, all in the same day. This seems to have invigorated the fans of the franchise and given the Browns a future to be optimistic about after a winless season in 2017.

Clearly John Dorsey is not afraid to make moves to shape the team the way he wants, and trades happening on NFL draft day are as unavoidable as death and taxes. With the first and fourth overall pick, as well as many picks in the early rounds of the draft, the Browns seem to have all the cards, and John Dorsey may want to play them to make a deal. 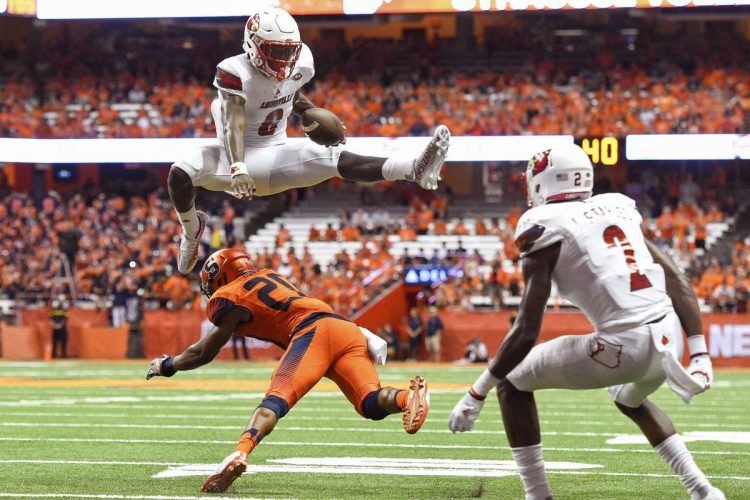 Lamar Jackson, the 2016 Heisman trophy winning quarterback has been a scoring machine throughout his three-year career at the University of Louisville. Jackson is the only player of the FBS era to pass for over 3,000 yards and rush for over 1,000 in back-to-back seasons and has 119 total touchdowns in his career.

Jackson has faced criticism and controversy for some of his pre-draft decisions. He chose to stay and play exclusively as a quarterback in the NFL when some teams would have preferred to switch him to wide receiver to better use his speed and explosiveness. He has also faced criticism for hiring his mother as his agent. Regardless of the legitimate or illegitimate knocks on Jackson, he is expected to be drafted mid-to-late first round or early second round as a quarterback. His level of success at quarterback at the professional level will be something many are eager to see. 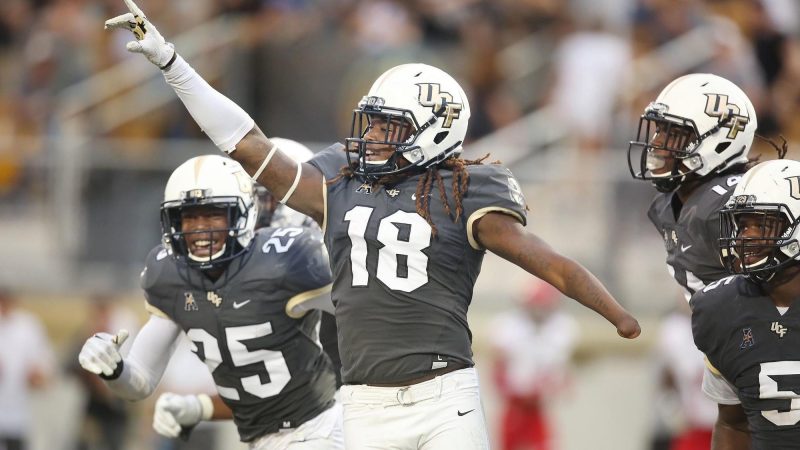 Photo courtesy of the Orlando Sentinel

Shaquem Griffin has been one of the more popular and inspiring of stories of the 2018 draft. The senior linebacker from the University of Central Florida was named American Athletic Conference (AAC) defensive player of the year in 2016 and was a second-team All-American in 2017 but was not invited to the NFL Combine, an event in which athletes are tested in drills in front of prospective pro teams prior to the draft. This was likely due to Griffin’s amputated hand.

Griffin was born with amniotic band syndrome and had his left hand amputated at age four. He eventually did get invited to the Combine and made the most of his opportunity by running the fastest 40-yard dash of any linebacker in the draft and getting 20 225 lb. bench press reps with only one hand. This impressive showing has skyrocketed the linebacker up draft boards, and many think he will be drafted in the middle-to-late rounds of the draft. 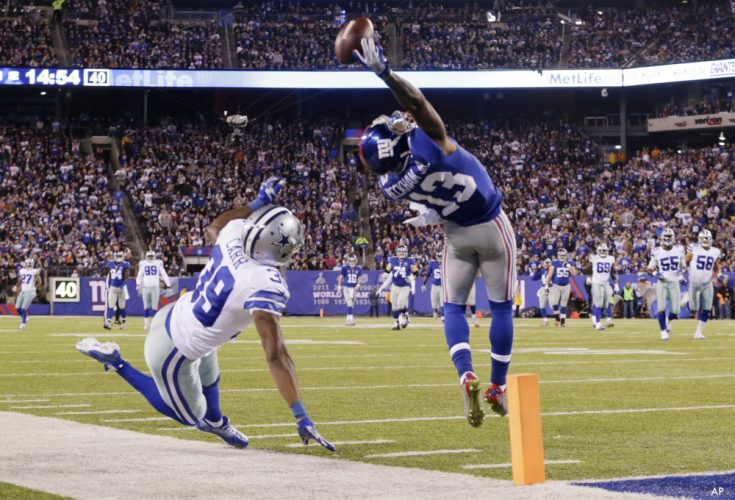 Odell Beckham Jr. is one of the most talented players in the NFL. The 25-year-old wide receiver for the New York Giants has put up historic numbers in the dawn of his career but has consistently been criticized for his behavior and attitude. Beckham most recently faced a wave of criticism for a video released by a French model of a shirtless Beckham smoking an unknown substance out of a cigarillo wrapper and holding a straw while there is a white powdery substance on the bed next to him.

Because of this incident the Giants seem to have put Beckham on the trade block, with an asking price of two first-round picks for him. Currently, the New England Patriots, Cleveland Browns and Buffalo Bills are the only ones with multiple picks. It is unclear whether a trade for the All-Pro player will happen on draft day, but most expect the New York Giants to be making calls. 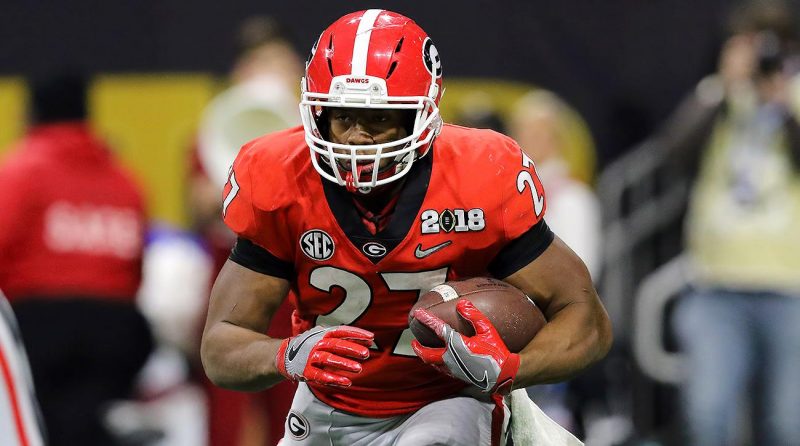 Coming into the 2015 college football season, two names were at the top of the list of top running backs in the country: South Eastern Conference (SEC) freshman of the year and first-team All-SEC back sophomore Nick Chubb, and College Football National Champion Ezekiel Elliott. Some even thought that Chubb, being younger would be better than Elliott. Elliott would go on that year to win the Big 10 Conference offensive player of the year, be a second-team All-American and be drafted number four overall by the Dallas Cowboys while a knee injury in October 2015 sidelined Chubb for the season. Chubb would never return with the same gusto as his freshman season. This could be because he doesn’t have the same speed or strength since the injury, or it could be due to the different, more balanced offense that Georgia has run under head coach Kirby Smart. If Chubb has the same ability as his spectacular first season and a team finds him in the mid-to-late rounds, it could be the steal of the 2018 draft. 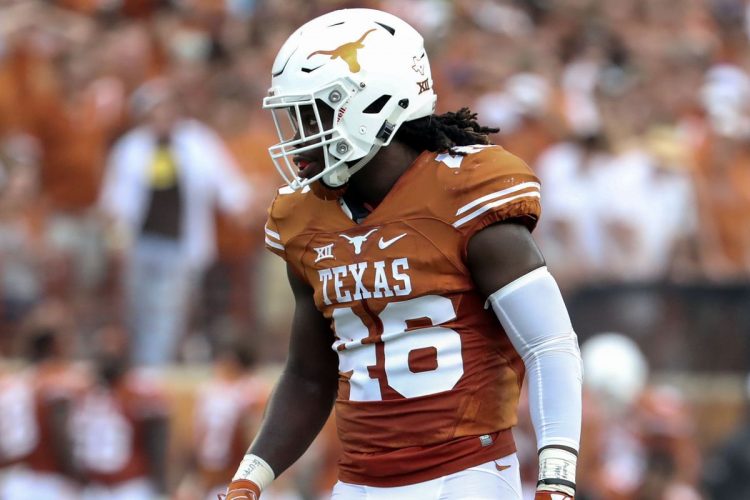 Malik Jefferson was another freshman standout from the University of Texas. While the junior linebacker’s production hasn’t dropped in his three years at Texas, the team’s disappointing lack of success and multiple coaching changes have caused Jefferson to fly under the radar since his freshman year. Jefferson has a very high potential as he may be the most athletic linebacker in the draft and could be a Pro Bowl player that may fall late in the first or even somewhere in the second round.