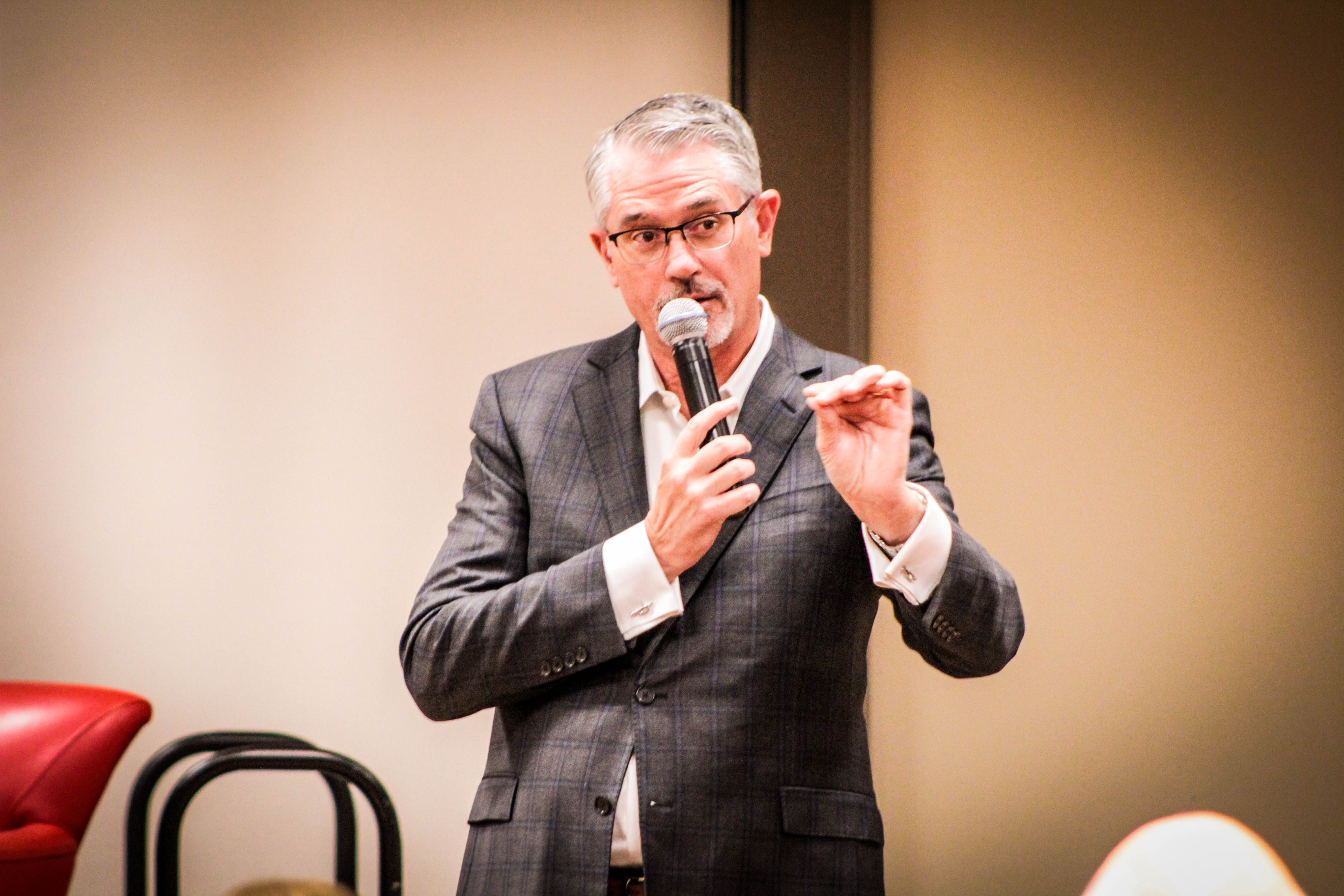 Timothy Krause, ‘83, graduated from William Jewell College with a degree in physics and an amazing Jewell experience. Following his graduation, Krause spent 30 years in high technology and is now a member of the Deloitte Consulting Game Changer Program and director of the World Affairs Council of Dallas/Fort Worth. He is a 2015 recipient of the Jewell Citation for Achievement.

While at Jewell, Krause was on the track team, in Lambda Chi Alpha and spent a majority of his time in Marston or in the music department – Krause admitted that he loved music and his girlfriend who was always there.  Both Krause and his wife are Jewell alumni in the class of ‘83. Krause wasn’t the only one from his family to attend the College. His two brothers and his sister also attended Jewell.

“My Jewell experience was great. I’d kinda like to go back!” Krause said about his life at Jewell.

According to Krause, while college can never fully prepare someone for the professional world, the liberal arts education he received at Jewell did launch his career.

“I would have to say the key to any career success I had was built on the liberal arts education that I got at William Jewell,” said Krause.“The world changes so fast that the only hope that you have is to be able to learn how to learn.”

Earlier this year Krause attended campus to present his book  “Finding Theo,” about his son’s battle to live after a tragic biking accident on a Colorado mountain trail.

According to goodreads, the text is a raw account of the events and prompts the reader to wonder about the miracles of the world.

Finding Theo is a father’s raw account of his son’s courageous battle for life. It is also a deeper story of discovery about the people whose lives became interwoven with Theo’s: the son of an Iranian immigrant who found him beside the trail, medical professionals―one, the sister of a Columbine High School massacre victim―and the cast of friends who guarded his soul.

Long after the last page turns, Finding Theo provokes questions about the meaning of “miracle” and the way the world was made to work.

Krause acknowledged that the book he was thinking about writing was completely different than the book he did. In the writing process, there was a transition from a story about one family’s miracle to a broader tale about finding your way in life.

When the Krause family first found out about the accident, they had a sense of disbelief mix with fear and horror.

“[It was a moment of] ‘this only happens to other people,’” said Krause.

In the aftermath of the tragedy, Theo’s parents relied on their friends, family and faith while Theo dropped everything to focus on his recovery.

Krause is proud of the determination his son had through recovery.

“The one thing that we would regret the most would be, looking back on it, if we did not give it everything we had to try and recover,” said Krause.

This determination guided the family through a challenging 12 weeks spent in the hospital and onto the emotional recovery of current times.

“You have to get to the point where you can not take the pain away from your son, you can not take it on for him, you can’t solve it for him, he has to solve it for himself, so the healthiest thing to is not to ask him how his pain is, but more about how he feels about his pain, how he is dealing with his pain,” Krause said of the advice he was given about helping with his son’s emotional and physical recovery.

“When dealing with these things, you’re not the only one to have ever dealt with this; you’re not alone,” Krause said.“You need to have your own vision for your future.”