Each year, several outstanding students are awarded the Hall Grant to seize academic opportunities outside the classroom. The students are typically awarded a stipend between $4,500 and $5,000. The five students who received the grant this year are: Ethan Hawn, Amaya Clark, Rosalyn Smith, Margo Evilsizor and Sofia Arthurs-Schoppe.

Ethan Hawn is a junior political science and international relations major from Pittsburg, Kan. Hawn plans to attend The Fund for American Studies Institute on Economics and International Affairs in Washington, D.C. The two-month program includes courses at George Mason University and an internship in the D.C. area. Additionally, he will conduct research using resources at the Library of Congress and National Archives regarding the 1968 Tet Offensive and the response of the Johnson Administration. 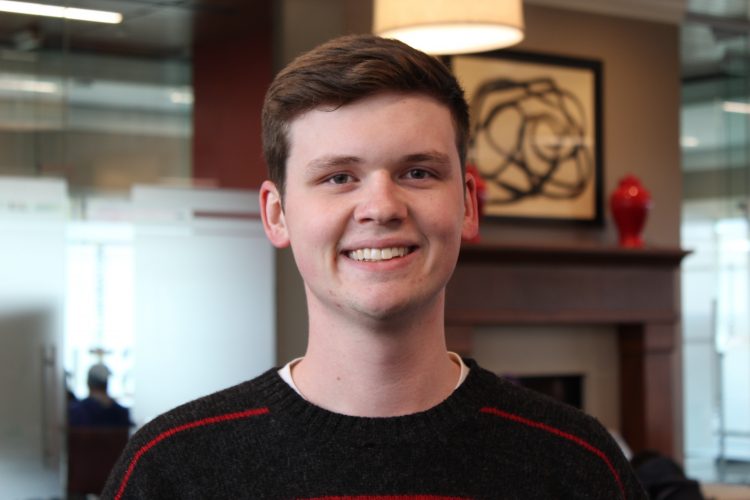 “I was introduced to the topic of my project during Dr. Wilkins’ Major Debates in U.S. Foreign Policy course. I found 1968 to be a particularly interesting and formative moment in U.S. policy regarding the Vietnam War. For that reason, I think that conducting archival research on the topic will give me further insight into the Johnson administration’s response to the event,” said Hawn.

Amaya Clark is sophomore biochemistry major from Dallas, Texas. Clark will use her Hall Grant to travel overseas from June 1 to July 1 to Lisbon, Portugal for a laboratory research experience at the University of Lisbon, Institute of Molecular Medicine, Pharmacology and Neurobiology Laboratories. Her experience will take place in the laboratory of Dr. Ana Sebastião, who specializes in neurological and neuropsychiatric diseases. She will be working with one of her principal investigators in this lab, Dr. Maria Jose Diogenes, and participate in an intensive review of neurochemistry while also learning neurochemistry techniques. 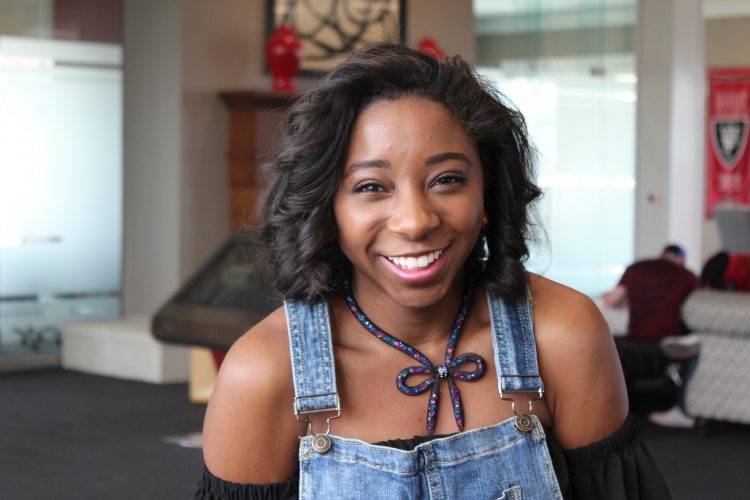 “After graduating from Jewell, I plan to study medicine with the goal of investigating a newer, more cost-effective treatments for severe allergic reactions. Currently, epinephrine is the most available treatment. However, it has a short time of effectiveness and the cost is continuing to rise. By spending some intense training time in a neurochemistry lab I will be able to advance my understanding of some of the basic pathways that govern epinephrine. This also gives me the opportunity as a biochemistry major to experience a scientific investigation in an international setting. I will be working alongside scientists from Brazil and Portugal, with additional interactions with other European scientists. This will expand my cross-cultural experience,” said Clark.

Rosalyn Smith is a senior music education major from Independence, Mo. Smith is using her grant to travel to England this July to attend the Choral Institute at Oxford. This is a choral conducting program that will allow her to work one-on-one with some very influential names in choral conducting and to study the craft at a graduate level. Choral music has a deep rooted history in England. Smith will have the chance to work with the Oxford music faculty as well as co-directors James Jordan and James Whitbourn. 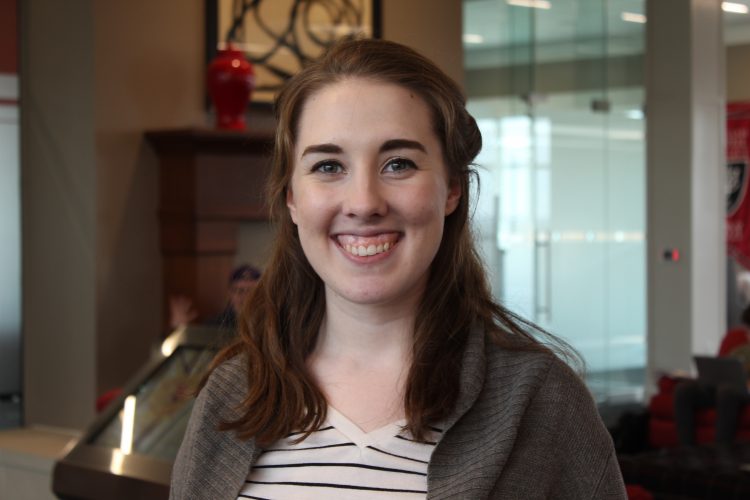 “I chose this program after hearing about it from Dr. James Jordan during his residency with the Concert Choir last May. Dr. Jordan is a very important name in the world of choral conducting and has written countless textbooks that I use here at Jewell and is known across the country. Working with him as a guest conductor last year was a great opportunity all on its own, so I didn’t want to pass up the chance to work with him again,” said Smith.

Margo Evilsizor is a sophomore international relations and Oxbridge Institutions and Policy major from Belton, Mo. Evilsizor will be using her grant to travel to Amman, Jordan for two months. While there, she will be taking 20 hours of Arabic classes a week at a local language center. On the weekends, she will be volunteering at a Syrian refugee camp called Al-Zaatari, north of Amman. Lastly, she will be conducting research on the empowerment of women in the context of war and post-war reconstruction. While in Amman, she will be conducting in-person interviews with Syrian women regarding the role of women in the war, the relationship between women and the rebel regimes, their desired role in the peace negotiations and post-war reconstruction at the conclusion of the war.  This research will contribute to a larger thesis project that will identify “pathways of empowerment” for women living in countries devastated by civil war. 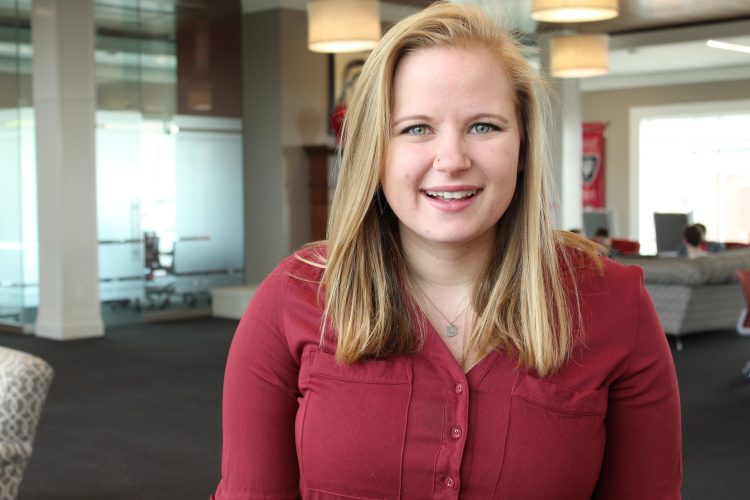 “I chose this research topic because it combines three of my academic and professional interests: women’s rights, post-war peace-building and reconstruction and the Middle East. This project provides an opportunity to interweave these different areas of passion. Additionally, I am extremely passionate about this project, for there is increasing evidence that women suffer immensely in modern warfare yet often have little voice in peace negotiations and processes of post-conflict reconstruction. With the high number of ongoing armed conflicts, it is therefore essential to understand the role of women in modern warfare and determine the obstacles that prevent female involvement in post-war peace-building. I desire to contribute to this important topic,” said Evilsizor.

Sofia Arthurs-Schoppe is a junior chemistry and communication major from Auckland, New Zealand. Arthurs-Schoppe will use her grant this summer to intern at The Fund for American Studies (TFAS) Institute on Political Journalism. She will be spending the summer in Washington, D.C., taking classes in journalism and economics at George Mason University (GMU) and interning as a reporter for the German Press Agency (GPA). She will be using her Hall Grant to pay for her GMU tuition. 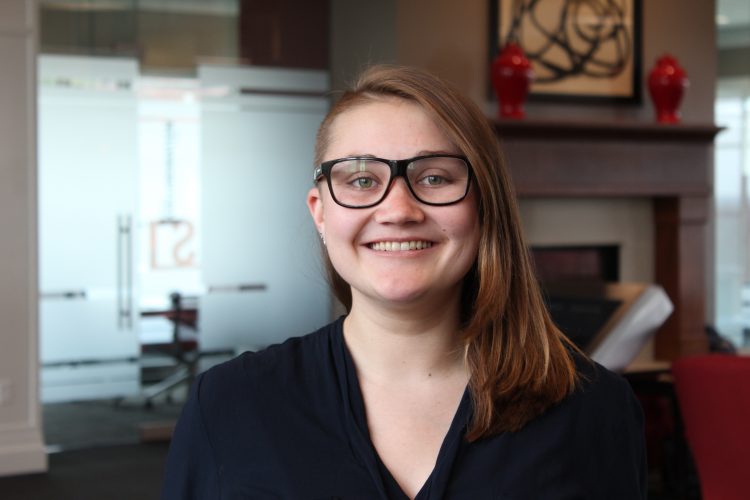 “I chose this project as I see it as a phenomenal opportunity to hone my professional skills while interning as a reporter and enhance my own knowledge by taking classes at GMU that Jewell does not offer. Additionally, the TFAS program facilitates several events exposing interns to D.C. politics, including a speaker series, workshops with politicians and even briefings in several of the iconic political buildings in D.C. I’m really interested in all of these things and recognize that this program offers a unique range of experiences. That is why I chose it,” said Arthurs-Schoppe.