Dr. Milton Horne, professor of religion, is retiring after 32 years of teaching at William Jewell College. Horne came to Jewell in 1986 and has never taught anywhere else.

Horne had originally planned to be a pastor and attended seminary school at Midwestern Baptist Theological Seminary. At seminary, his fascination with religion began.

“I became interested in religion as a phenomenon to study in seminary, mostly from reading Peter Berger’s book, ‘The Sacred Canopy’ (I would go on and rely heavily upon this book, and his ‘The Social Construction of Reality,’ in my doctoral dissertation.) I was fascinated with Berger’s conception of anomy, alienation and false consciousness as it related to another book I read in my undergraduate career at Univ. of Missouri, Columbia (after I left Indiana University): Erving Goffman’s, ‘The Presentation in Everyday Life,'” Horne said.

Seminary caused Horne to have more questions, which led to him completing his doctorate at the University of Oxford.

“I went to seminary to get questions answered. Instead, I read Berger—while also learning that the meaning of the Bible’s story was up for interpretative grabs—and only struggled with more questions. So, I went from there to Oxford to write a dissertation on the book of Job, suffering, false consciousness, and Goffman’s notion of the front stage and back stage of our lives.”

Upon completing his dissertation, Horne’s mentor recommended he apply for a teaching position at Jewell. Even though Horne submitted his application late, he got the job.

When asked if there was a significant memory or favorite story he would carry with him from Jewell, Horne recalled a particular story that stood out to him.

“Of course, I’ll never forget the student who took me out for a coffee upon graduation to inform me that he was making something of his life by starting a marijuana farm, in Missouri, no less—this was the cutting edge in entrepreneurship, I guess. Hell, he may have been right,” said Horne.

Over the course of the following academic year, courses in the department of religion at Jewell will be discontinued. While Horne is saddened by this decision, he understands the logic of it. 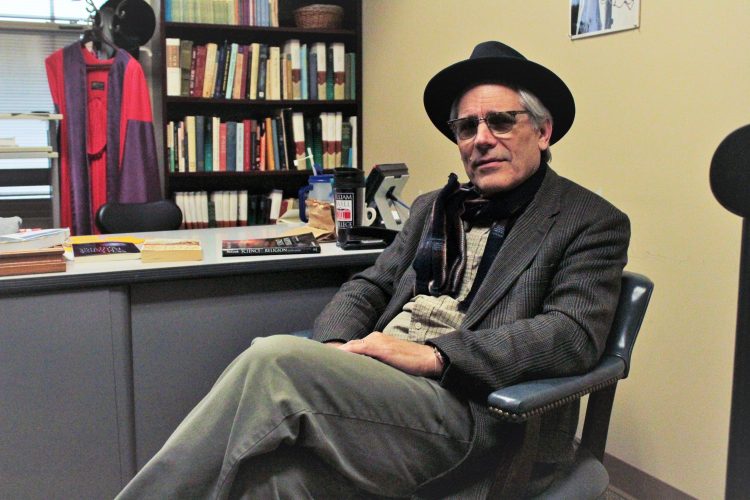 “I’m sad that the Religion department will discontinue (my colleague Dr. Benz will continue to teach religion in the History department). Religion is not going away, in fact it is more likely coming back (e.g., ‘The Revenge of God’). But, for Jewell it is mere cost-benefit and there’s no escaping that at this time in the college’s life. I understand that,” said Horne.

After he retires, Horne plans to build his piano tuning and technology business and will be an adjunct professor for Jewell when needed.

“Plans after retirement? Well, to make a living, I will do what I have done at various stages of my life: build up my piano tuning and technology business. I am a registered piano technician in the Piano Technician’s Guild and have experience that goes back to my apprenticeship in a rebuilder’s shop between the ages of 13-17. I plan to stay in Liberty and see what challenges are around the corner,” Horne said.

When asked if he was excited about his retirement, Horne says part of the excitement is in the unknown of retirement.

Horne says that the thing he will miss the most about Jewell is the community of learning.

“What I’ll miss about Jewell is the community of learning. This is hard to explain to people who don’t work where learning is taught. I’m the one who has probably shown the most progress in learning, simply from being around colleagues who are so thoughtful and smart, in so many disciplines, with so many different life experiences that motivated them to learn. I’ll miss that the most. There will always be good individual students and smart people; but community of learning is rare,” said Horne.

Horne hopes to be remembered as a member of this community of learning.

“When you talk about a legacy you realize that legacies themselves usually last half a generation if at all. So, I’m really not looking for that kind of legacy, I’m far more interested in, if students ever remember that they had a course with me, what I would like for them to remember is that I loved to learn and that really is it…if anything, I would like to be remembered as someone who really, really tried to induct students into a community of learning,” Horne said.

[Editors’ Amendment: Phrasing within this article was susceptible to misinterpretation. Hence, the following phrase was removed and amended from this article: “This year, Jewell announced that religion courses would be discontinued.”]