On Feb. 13, Bethany Hughes, a 2008 Oxbridge Institutions and Policy alumna, shared with William Jewell College students, professors and community members how her calling led her to begin a 20,000 mile trek across the Americas.

The route Hughes is trekking spans the entire length of North and South America. Hughes estimates this trek will take her and her hiking partner, Neon, five years to complete.

There is one rule for the trek: Hughes and Neon will gain distance only through non-motorized means. They will complete the trek primarily by through-hiking and occasionally cycling and paddling. The difficulty of this trek is evidenced by the fact that there have only been two other people in the world to complete it.

Christopher McDougall’s “Born to Run” inspired Hughes. After reading that the Sierra Madres connects the longest chain of mountains in the world, Hughes said she knew that she was called to complete the journey.

Hughes’ journey is no longer private. She regularly publishes writings, photos and routes on her blog, Her Odyssey. Hughes’ friends influenced the decision to turn her journey into a type of business model, creating the brand Her Odyssey and a board to market her journey, because they saw an opportunity for Hughes to share her journey with the world.

Hughes was initially hesitant to monetize her trek for fear that it would lose its value.

“The money is necessary for us to write and share the blogs. We try to keep [the blog] as recent as we can. We try to stop and update it at least once a month,” she said.

The trek requires funding through many sources in order to get supplies, maintain the blog and buy gear. 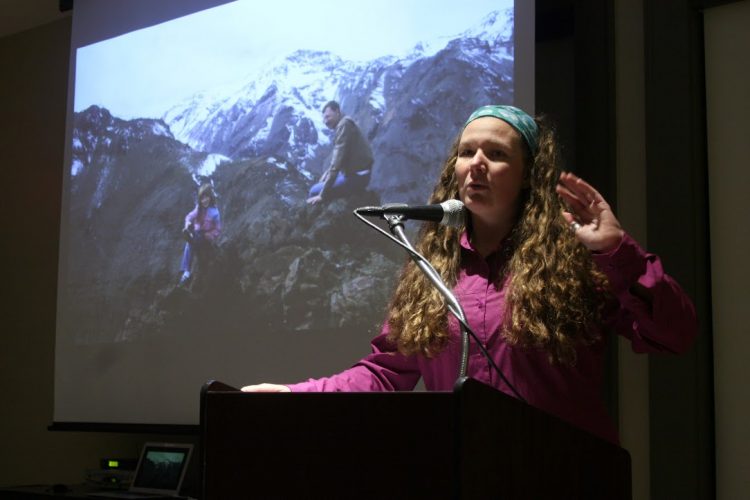 “Our funding has been a combination of personal savings…fundraising and sponsors, and at this point we’re starting to talk to companies who we have relationships with already,” Hughes said.

There are five sponsors for this trek: Hyperlite Mountain Gear, Farm to Feet, Delorme inReach, Boldly Went and Circuits and Strings.

Hughes recalls that when she first began to look for sponsors she wrote around 50 handwritten letters asking companies to support her. When she heard from only one company, who politely rejected her, she realized it was time to delegate public relations duties to someone else. She is now grateful for the help of her friends who have turned Her Odyssey into a business that attracts sponsors.

The more miles that Hughes treks, the more sponsors she attracts. As companies start to see that Hughes is likely to finish, they become more interested in investing.

While Hughes recognizes that money is necessary to complete the trek, she still tries to put herself in the position of need and not rely on money.

“One of the first times that we completely ran out of food was Christmas Eve, in the middle of nowhere Patagonia, and some guy rode by on a horse and we talked for a second and he rode on…and five minutes after this dude comes riding back and he’s like ‘do you guys need some bread,’” she said.

After Hughes and Neon confirmed that this was not the man’s only source of food, they accepted the loaf of bread he offered them. Extreme hospitality is a theme Hughes writes about in her blog.

Hughes’ blog not only provides routes and information about the trek, but also writings on big picture ideas.

She credits her ability to think in terms of the big picture to her Jewell education.

“I don’t know that I would have the ability to refocus my lens in and out as clearly as I do because of my training at William Jewell, to see big picture and then focus on specifics.” 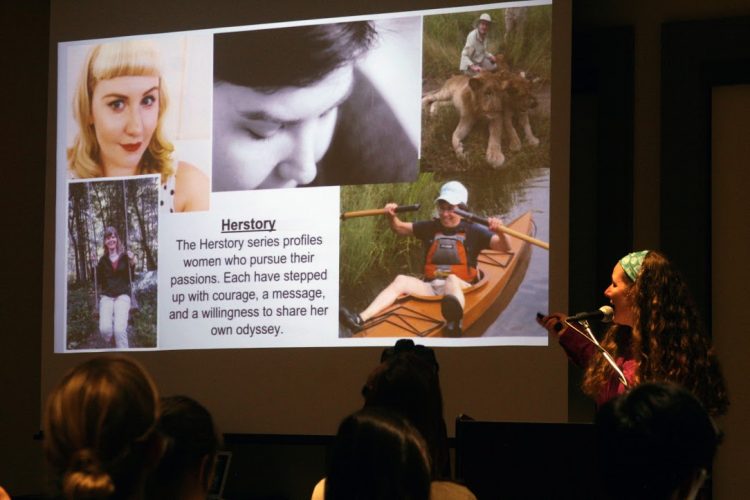 Hughes wants to break paradigms with the unconventional way she is using her higher education.

“Having a higher education and having been lucky enough to make it out of it without much debt was one of the things that set me free and the idea of having a degree and then going and doing something unconventional with it, not something orientated toward paying off the debt that it took to get that degree very much breaks a paradigm of what you’re supposed to do after you go to college,” she said.

Hughes wants to go on this trek not to share a message with people, but to listen to the stories of people.

“Another giant paradigm I’m confronting with this is the concept of what women can do, in South America particularly…South America has this very interesting machismo…machismo is males oppressing females,” she said.

Hughes observed that women also contribute to this oppressive culture. Women will often serve their sons food first even if it means starving their daughters. This has changed the way Hughes perceives inequality.

She does not explicitly suggest that others follow her and complete the trek. She instead focuses on the trek being a means to fulfill her calling and encourages others to fulfill their personal callings.

She cautions that to complete this trek it takes years of careful planning, saving and training. However, she encourages people to complete it if they feel it is right for them.

For Hughes, the journey can be as simple as talking to a little girl about her backpack. She recalls a time a little girl talked with them on their trek about how she had never seen anyone with a backpack before.

“It could be this message to that little girl that you could walk out your front door one day, you could climb a mountain, without wearing a skirt, if she would like…it’s an empowering message. So, I’m breaking the paradigms in my old constructs and I’m also presenting maybe a challenge and perhaps an opportunity for people to broaden perspective on what a woman can do in this world,” she said.

You can follow Her Odyssey online to receive updates about Hughes trek, routes and writings.