Kiki Strecker, director of dining services, reflects on her time at William Jewell College and in the food industry.

“I came here, it was four years ago this past October, to work for William Jewell. I was with another account in St. Louis, and some things kind of changed and evolved and Fresh Ideas wanted my husband Taylor, who was the director originally, and I here at this account. So we put our house on the market and came here.”

Her favorite part of working at Jewell is interacting with the students and the greater community. Students value her, as well. She was voted Student Senate’s Campus Citizen of the Year for the 2015-2016 school year by students. 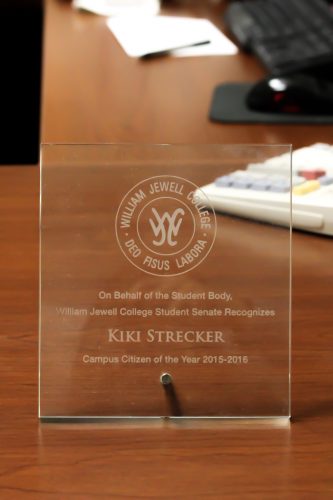 “I’m a people person. I always say I love you from like zero to 102. And I just like that, I like that interaction. I like, in the food service, more than any place else, we have the opportunity to see you guys, a lot. Cause that’s where you have to come. So I just like those relationships and that interaction with the whole community.”

Strecker has spent most of her life working in the food service industry.

“I originally started school to go into psychology and then couldn’t get out of the food business. [I] owned my own restaurant. [I’ve] been in contract food now for 20 years, maybe not quite that long. [I] did senior living, K-12, so kind of the whole gamut. But contract food service, as it’s called, is just a great opportunity to stay in the industry you love of food but to have some control, some hours. It’s not the craziness of free standing restaurants.”

Food service has its challenges, but that is one of the aspects Strecker enjoys.

“I like the challenges of not knowing to some degree what the day is going to present. I like the challenges of having some great employees, and yet knowing things are going to happen. I just had somebody who called off. And so, it’s going to be ‘okay we’re going to have to rise to the occasion.’ And to build that relationship from a business standpoint has just been really, really rewarding…you build those relationships of ‘our job is to cover each others’… You also get the reward of job well done. You know, when you rise to the occasion, you can either go out and whine about it or you can make it happen. I’d much rather make it happen.” 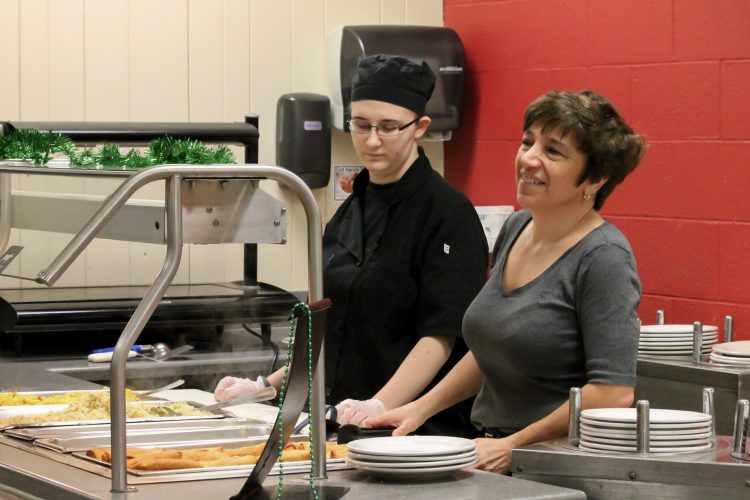 When asked about her greatest accomplishment, Strecker described her family. 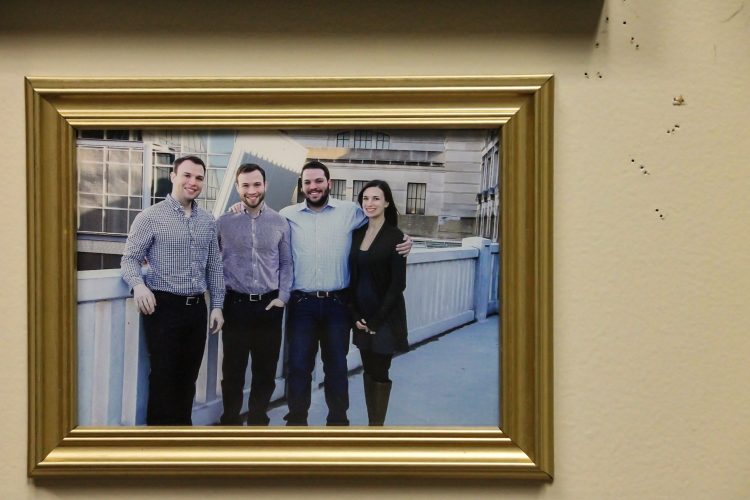