On Oct. 6 the William Jewell College Cardinals achieved their first win of the season after defeating Southwest Baptist University 14-10 during Jewell’s Homecoming game. 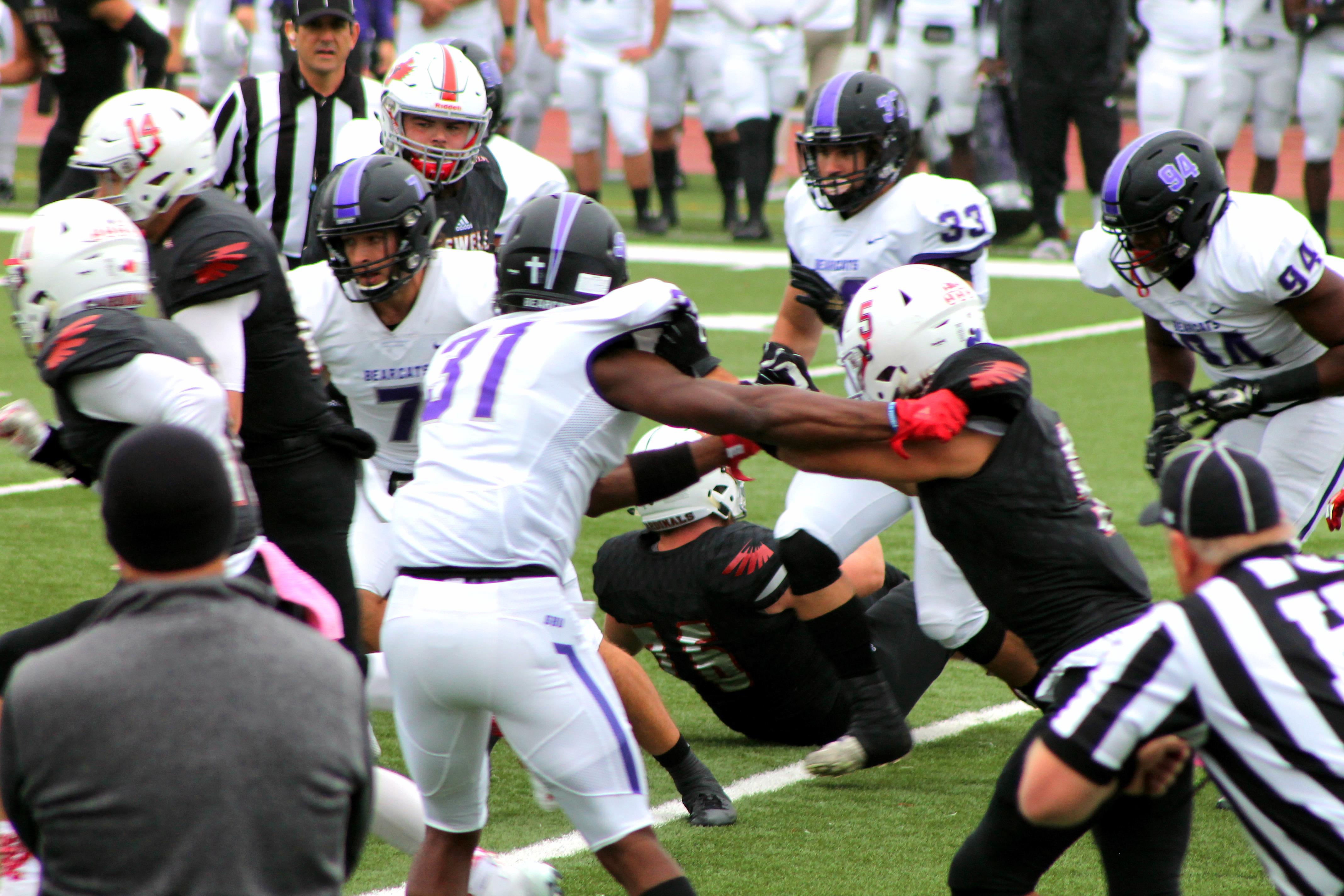 Teams collide during an offensive play from Southwest Baptist University 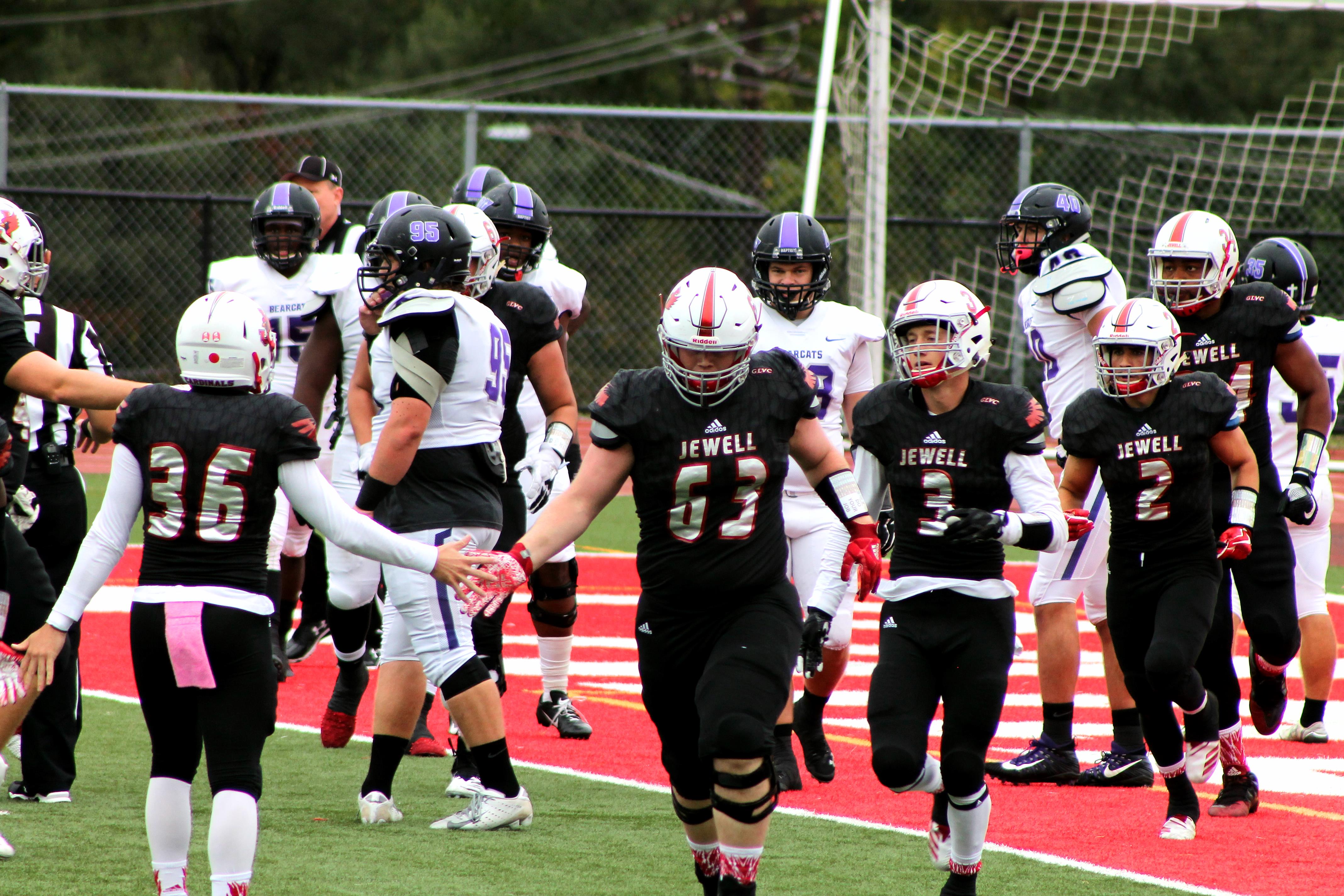 Jewell Cards congratulating each other during the game 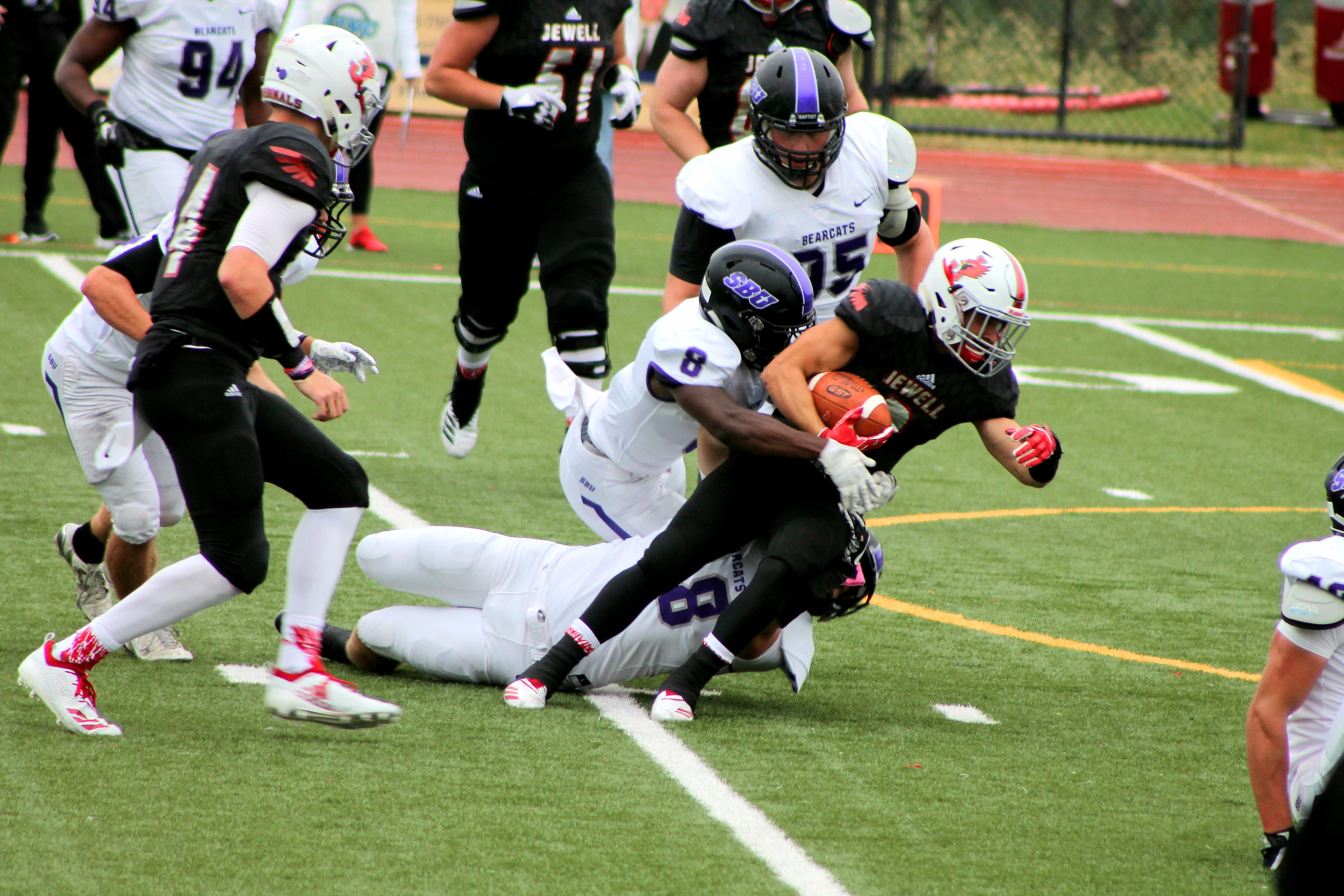 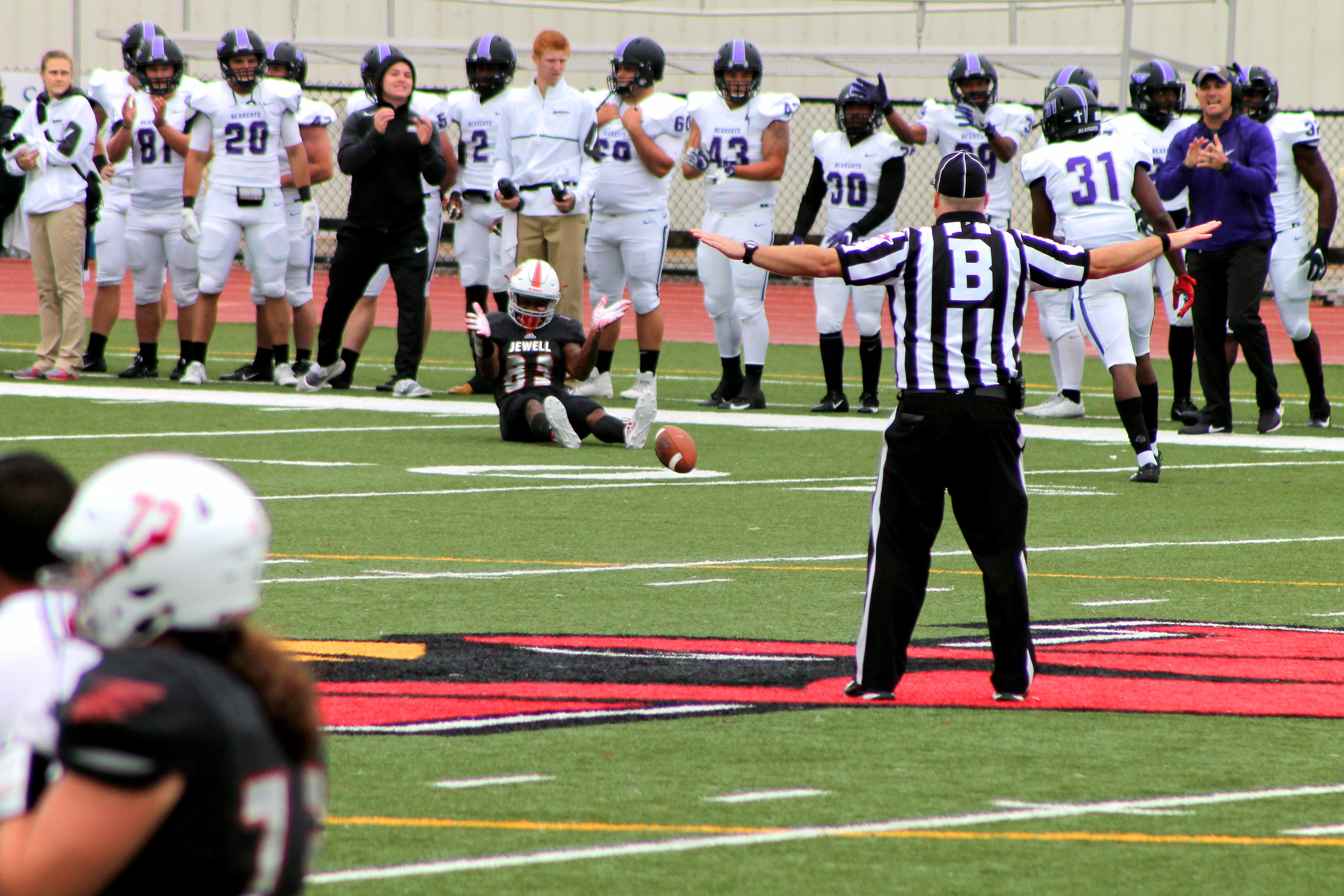 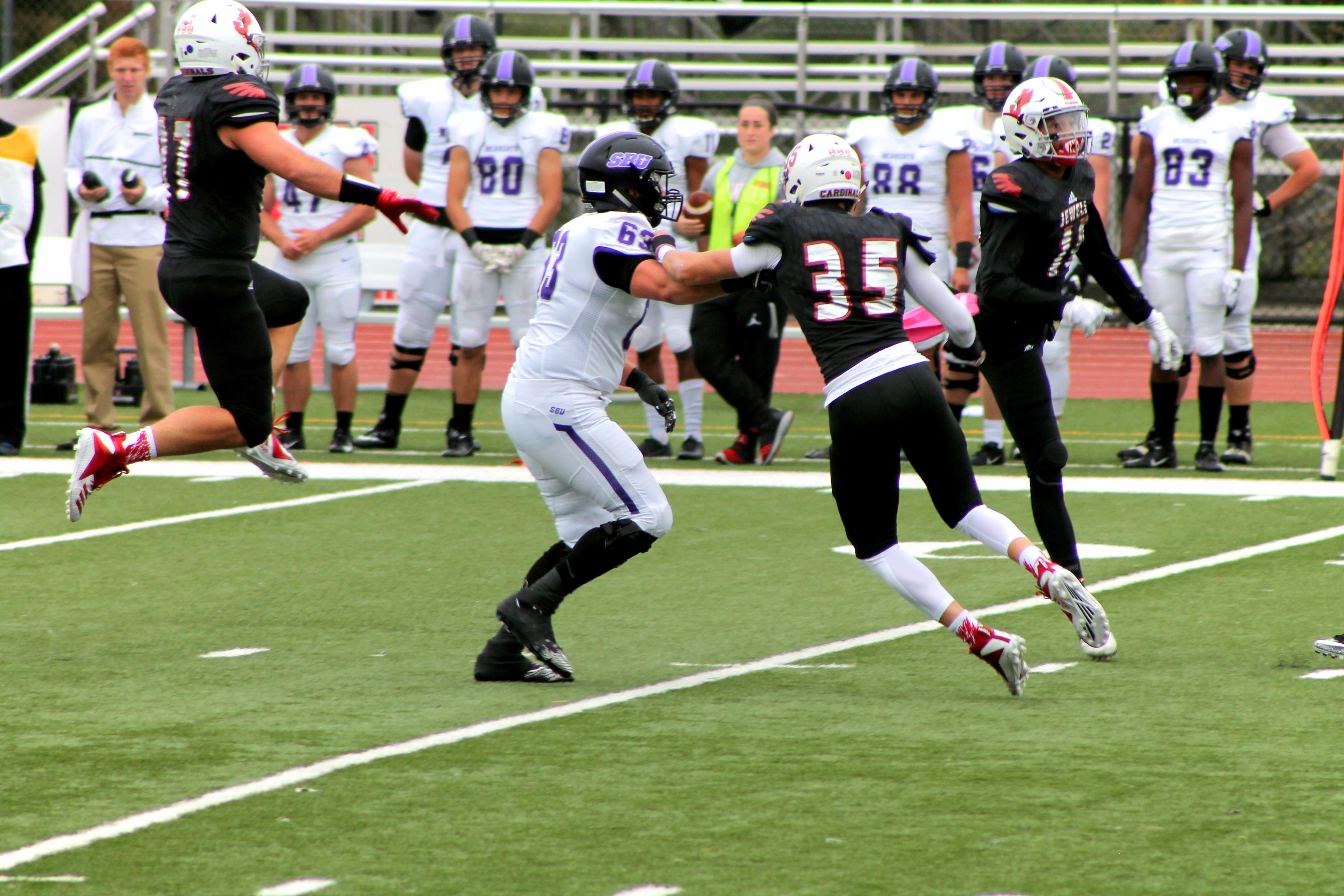 The Jewell Cards nimbly seek possession of the ball 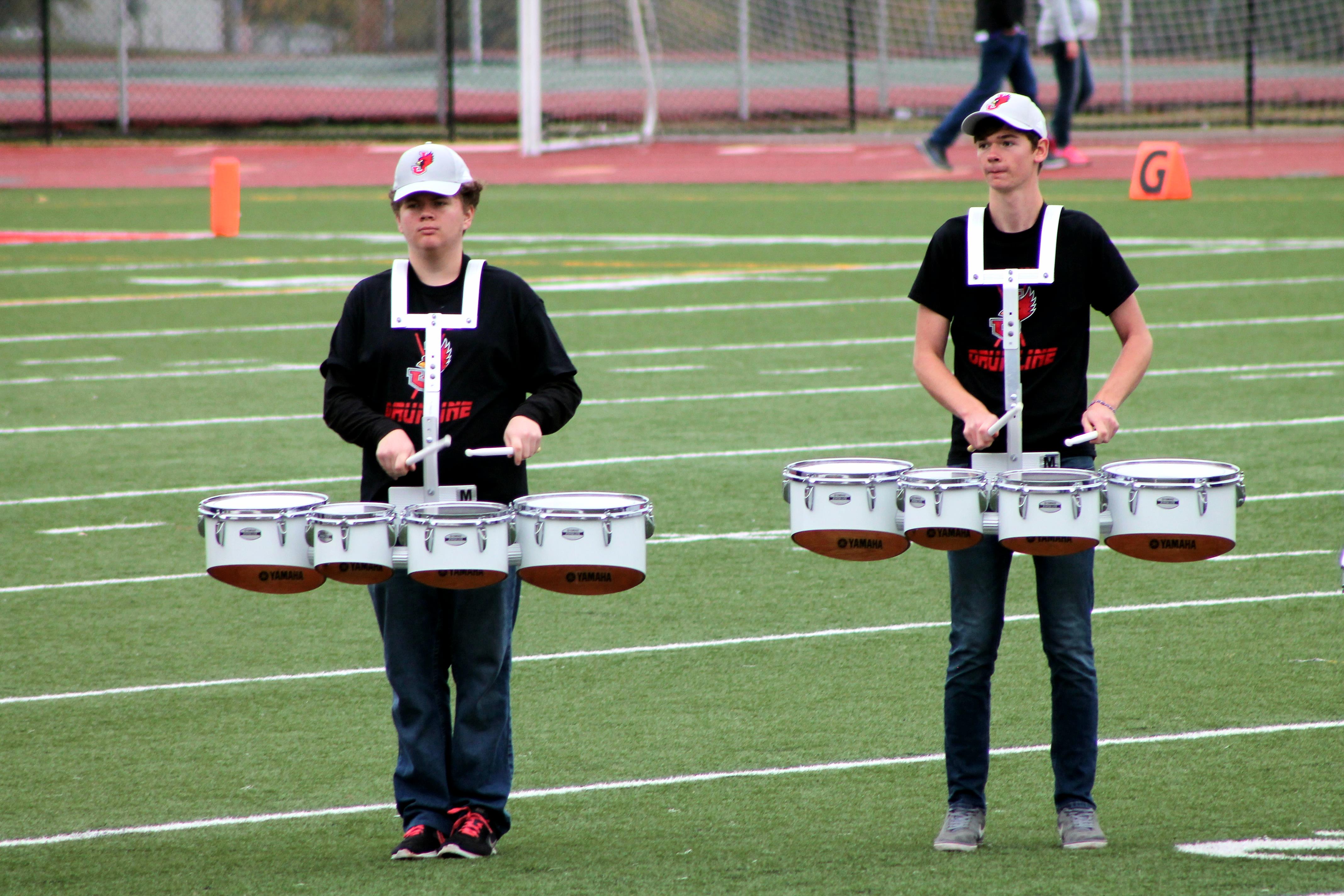 Drummers from the Jewell drum-line entertain audiences during half-time 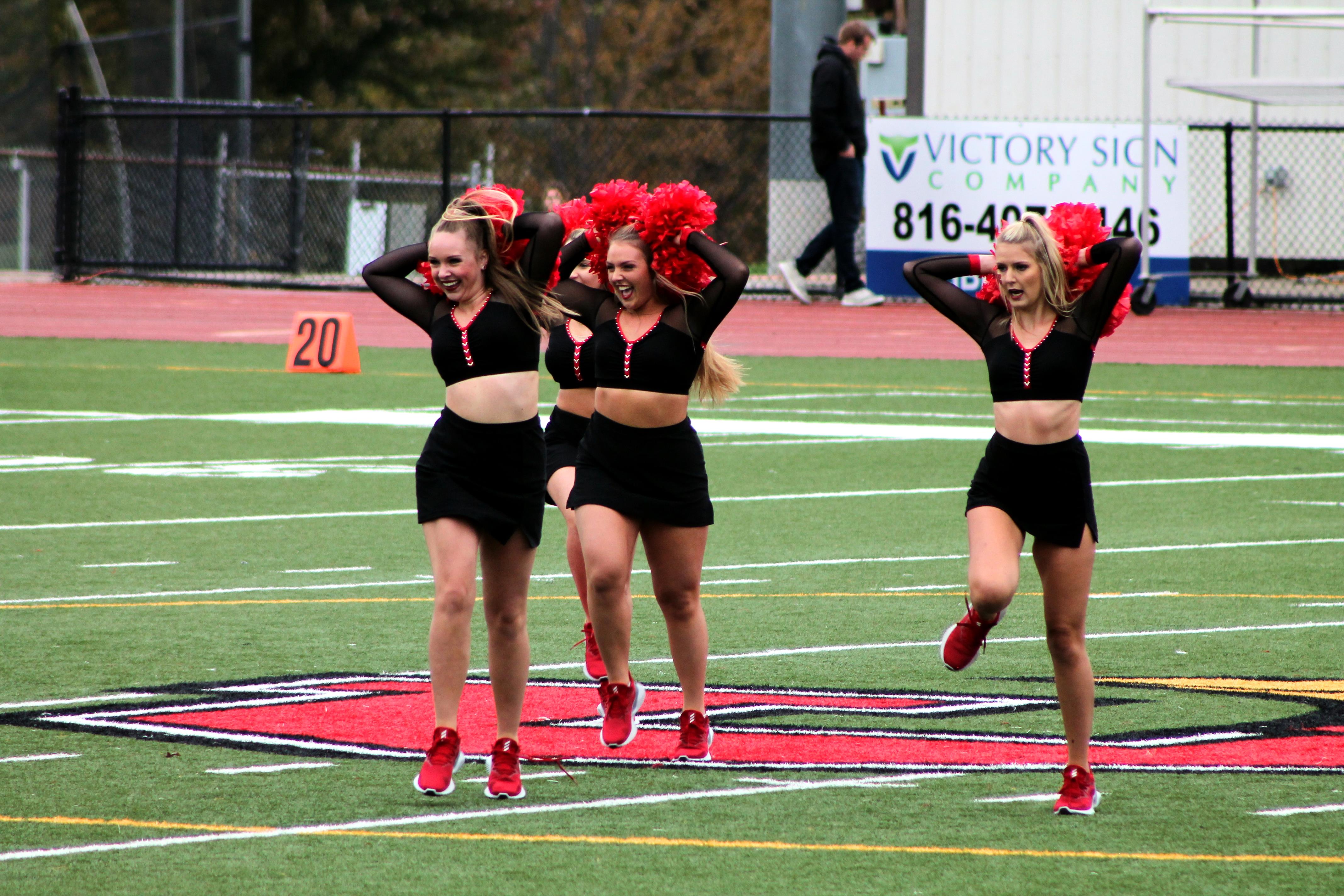 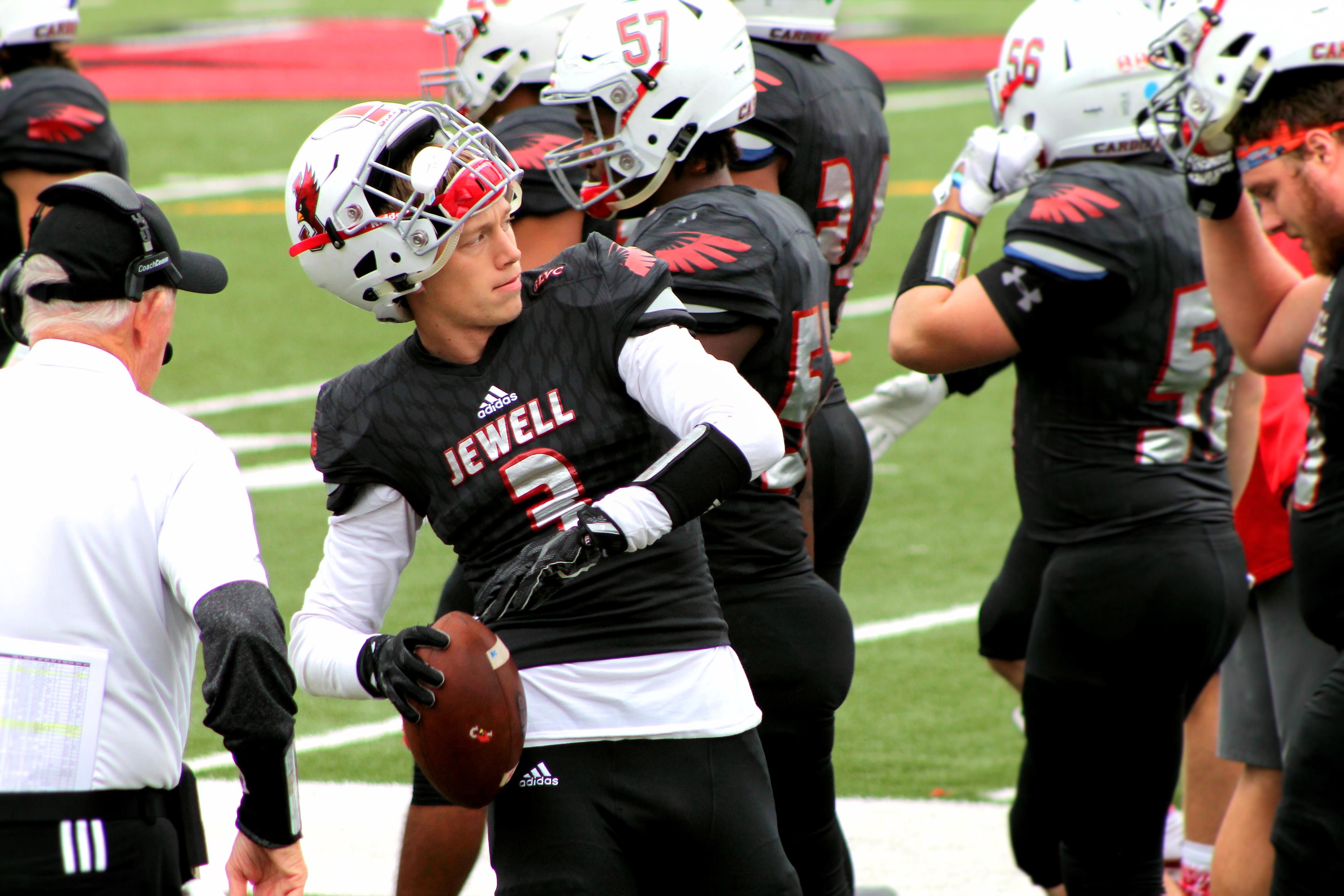 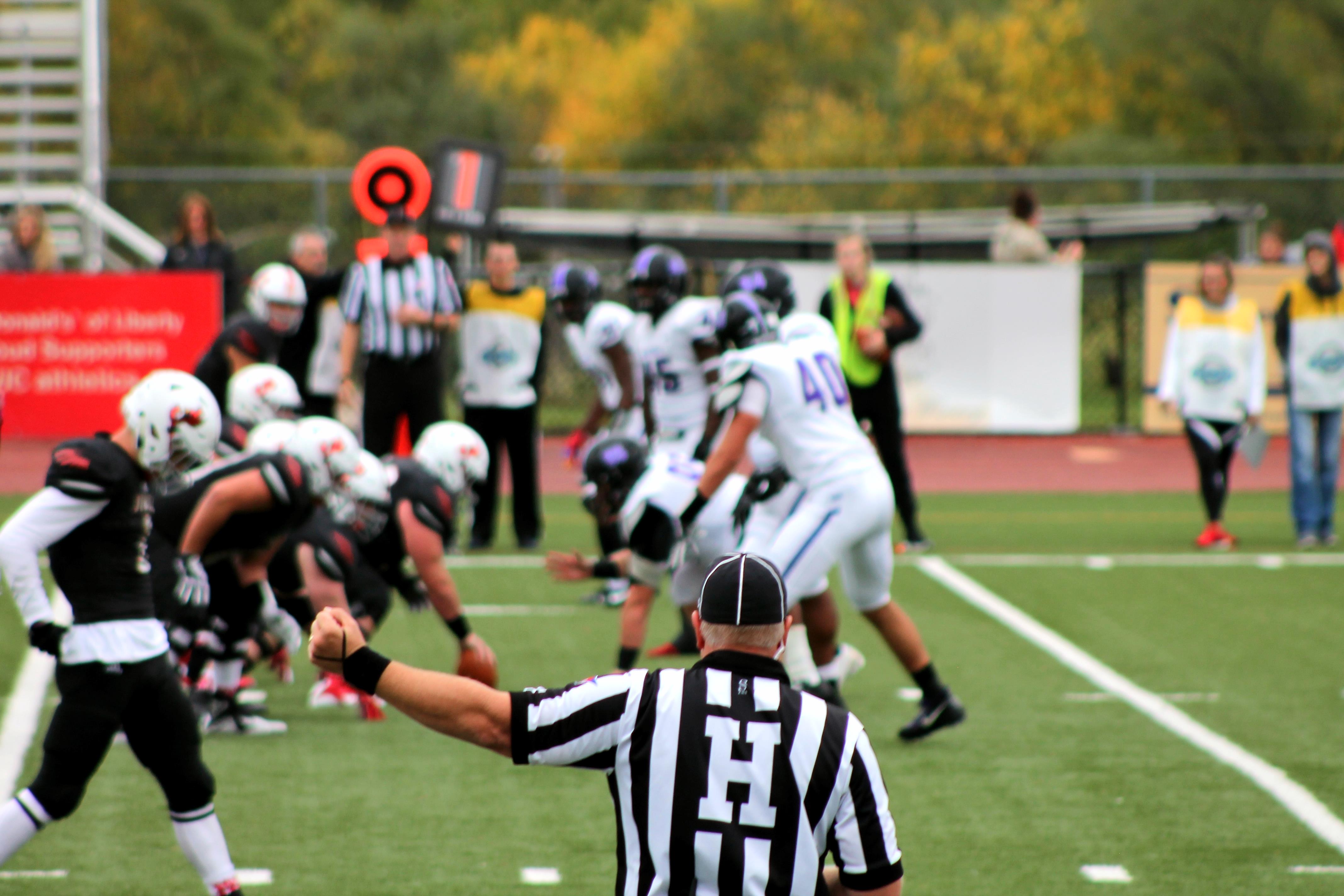 Teams line up for the next play

More information about the event can be found here.