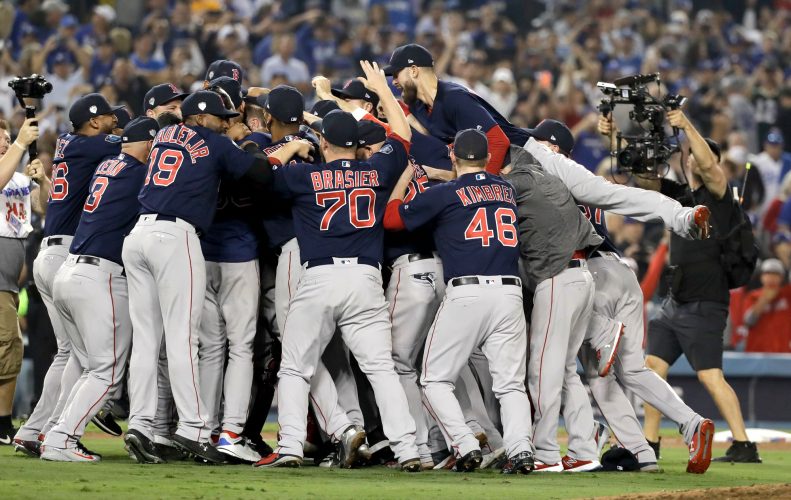 The historic 2018 Fall Classic concluded Oct. 28 with the Boston Red Sox winning the series in five games. The Sox won a franchise record of 108 games this season and were dominant throughout the postseason. Beating two 100 win teams – the Houston Astros and the New York Yankees – in the postseason and dominating the World Series with only one loss in their marathon 18-inning third game, the Red Sox were easy to root for and utterly crushed the Los Angeles Dodgers in the end.

The story of the 2018 Red Sox is both a story of redemption and of coronation. David Price, historically pitiful in the postseason, won two games and helped clinch the series. In his previous postseason appearances, he has lost eight times and had an earned run average over five – his failure to perform aided the Kansas City Royals in beating the Toronto Blue Jays on their way to victory in 2015. He entered the postseason with the knowledge of his need to dominate for the sake of his reputation.

“I need to win in October,” Price said. “That’s that. Regular season means nothing for me.”

As one of the highest-paid pitchers in the MLB, his legacy had been one of, for lack of a better word, choking when it really mattered. He had been hated by the Boston media and his 2015 $217 million contract was criticized nationwide for Price’s inability to help a team win in the postseason. By helping lead his team to victory, Price has redeemed himself and established his reputation as one of the best in the game, both in the regular and postseasons.

More so than a story of redemption, however, the 2018 postseason was a story of domination. With 119 total wins, Boston had a thoroughly impressive season. In the American League Division Series, they beat the Yankees in four games with a point differential of 28 runs – a certifiably crazy amount. The Red Sox’s season is one of the best in MLB history – their total record was third only to the 1998 Yankees and 2001 Mariners.

Throughout the regular and postseason, the team showed skill, confidence and pure desert of the championship. Despite this being the second consecutive year in which the Dodgers lost in the World Series, Boston was clearly deserving of the crown and was easy to cheer for.

The only blip in the Sox’s domination was the record-length 18-inning Game three. The Dodgers won the seven and a half hour long game for their only victory in the series – setting the record for longest postseason or World Series game in history.

Sometimes it’s fun to watch an underdog completely upset expectations and take the championship against all odd. But other times it’s just fun to appreciate complete and utter domination. You don’t always get to see the kind of talent that Boston exhibited throughout 2018, especially in the World Series. They are certain to go down as one of the great teams.