Rae Snider, ‘17, graduated from William Jewell College with a major in English and a minor in women’s studies. Though she hadn’t planned on working in the nonprofit sector she is now active in the field in Kansas City.

Despite this, Snider is still successfully working for a nonprofit. She began working in resource development at KC Mothers in Charge, a nonprofit that focuses on helping families of homicide victims in the Kansas City metro area and violence prevention, in June 2018.

Snider writes grants for the nonprofit and has also taken on some other office tasks.

“It includes a lot of donor management and relationships with donors, so just making sure that they know we appreciate them and making sure they get their tax receipts and tax deductions,” Snider said.

She feels that her time at Jewell helped prepared her to write grant proposals – an important source of funding for any nonprofit.

“It prepared me for grant writing because the English major is extremely hard and extremely writing intensive,” Snider said. “Then I also dabbled in a lot of philosophy which is more writing and more reading comprehension so that definitely prepared me.”

KC Mothers in Charge recently received a $5,000 grant. It was the first grant that Snider had worked on. She spoke of what a proud moment that was for her.

“It was the first grant that I found, I researched it, I talked to the organization so it was kind of my baby,” said Snider. “We got the full amount and they also sent me an email that was like ‘yours was the best written, it was highly ranked, we have no questions’ which never happens. I was super pumped so that was rewarding.”

Snider says the grant writing process is very different from what she had expected.

“It’s a lot of question and answer, like what needs are you addressing and what’s your demographic and why are you so important, what differentiates you from other people who are doing something similar. So a lot of it is really knowing what your organization does, like every little bit and piece because the other half is knowing your funder,” Snider said. “So if your funder is like ‘hey, we really focus on violence prevention’ I can say ‘well here’s what we really do with violence prevention amongst all this other stuff.’ Just kind of angling it in a way that shines a light on what they want to find.”

Funders come in the form of different foundations. Some of these foundations are wealthy families and others are businesses.

Snider believes that communication with funders is a vital step towards receiving a grant.

“Even if you only talk them once, or even if you email once it’s very important to say ‘hey this is what we do, is this advisable to ask for’  just so that you kind of form that bridge,” Snider said. “Then when they’re going over your grant they can say ‘oh, they reached out, they wanted to know what we were interested in, they really wanted to make a connection.’ It’s a relationship and it’s really understanding each other, which I did not expect.” 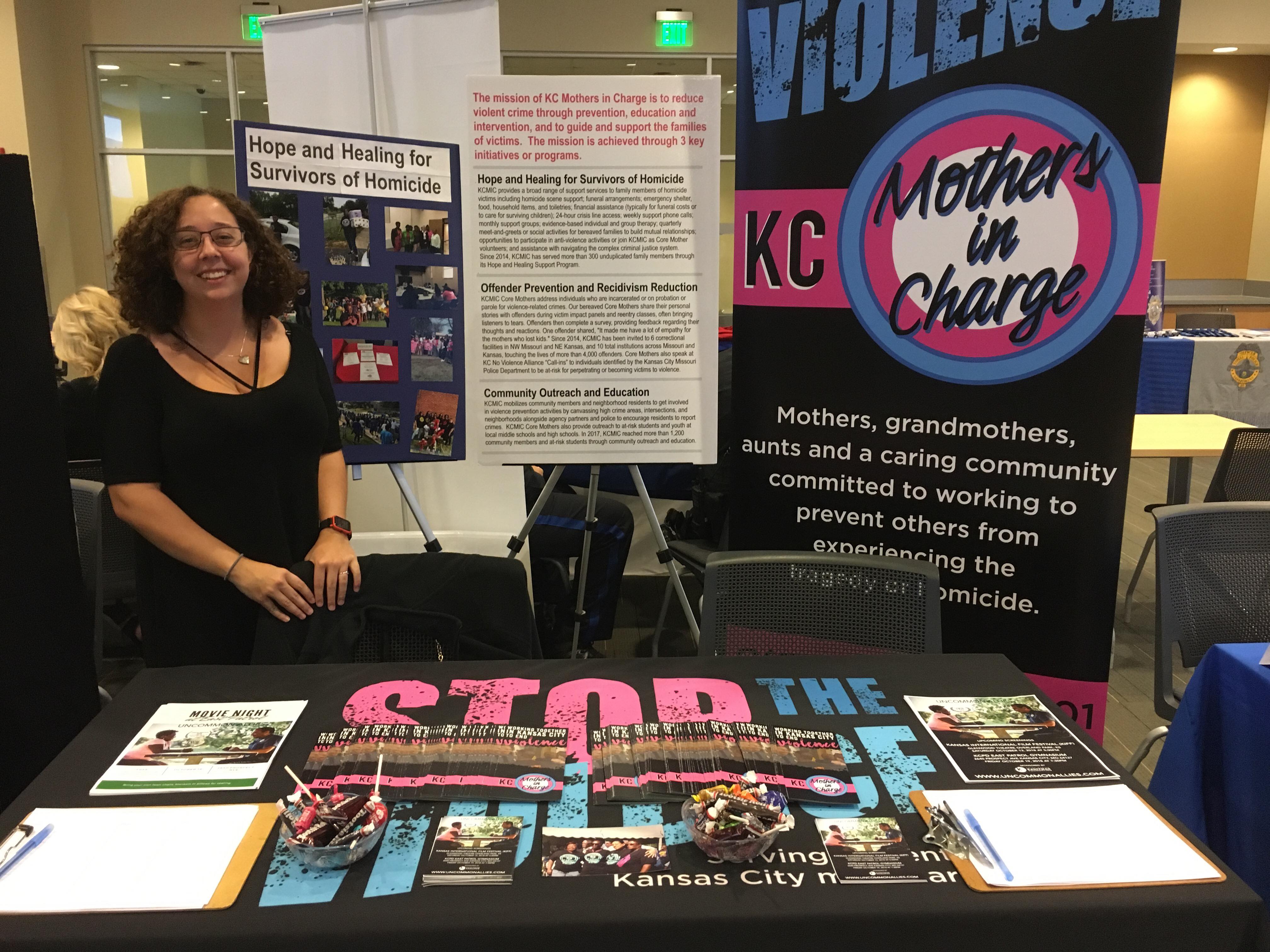 Anytime there is a homicide in the Kansas City metro area the Kansas City Police Department dispatches a “Mother” – a woman from Mothers in Charge who has lost a child to homicide – to the scene. They help families through their grief and can provide financial and emotional support.

“They help them with the funeral, they help them understand why it takes so long to hear back from the police or hear back about an autopsy. We can also help financially with funeral assistance or if they need food,” Snider says.

“We go to prisons and speak there to the offenders about the impact of violence on families. We also do a lot of canvassing. We did a canvassing event I think a year or two ago where they distributed gun locks,” Snider said. “We also work to make sure that the community kind of is understanding how they have to help each other, like if they see something suspicious at their neighbors house they need to call the police. So kind of taking responsibility for the safety of their neighborhoods.”

There were 149 homicides in Kansas City in 2017.  Fifty-eight percent of those homicide victims were African American males. There have been 112 homicides this year – down from 126 at this point last year.

Speaking to the family members of these victims is something that makes an impact on both the family and the employees.

“It’s very impactful to hear from them what they are going through and how much it means to them that we are calling and checking on them,” Snider said. “They’re like ‘It may not seem like much, but it’s nice to know I’m going to get this phone call every week so that I do have a check-in.’”

Snider’s advice for Jewell students wanting to go into a career in the nonprofit sector is to take advantage of the Nonprofit Leadership Association and to have an idea of how your skills and interests fit in with nonprofits.

Working for a nonprofit is a great way to both make a living and earn benefits worth more than a salary. Snider spoke about this balance.

“A huge thing that deterred me was the money aspect, like ‘nonprofit– does that mean I don’t get paid?’ That’s not what it means,” Snider said. “I am way happier in nonprofit than I would be at something that pays a lot of money.”