During August and September of this year, downtown Kansas City, Missouri, and its surrounding areas were subject to new plans for improvement of security and screening on the streets.

According to the Kansas City Star, the “security measures are part of the district’s plan to improve public safety in an area that’s seen fatal shootings and other acts of violence. The Kansas City Council in December allowed privatization of some sidewalks in the entertainment district to allow these measures to be put in place.”

“Bloody August” was the term used to reference these spikes in shootings and acts of violence, with 17 people being shot in just two days. These constant acts of aggression caused safety to be a huge concern in places like Westport, and has been creating a fear of going downtown, especially for William Jewell College students.

“I go downtown to help in the elementary school one to two times a week… from stories I’ve heard or [have] read, it makes me nervous and uncomfortable,” said Jewel Arns, first-year elementary education major.

With the community suffering and fear of other acts happening, the city has decided that the plan of action to take is to provide better and more extensive security measures. Westport has set up a “pedestrian only” zone for the weekends, with several checkpoints. 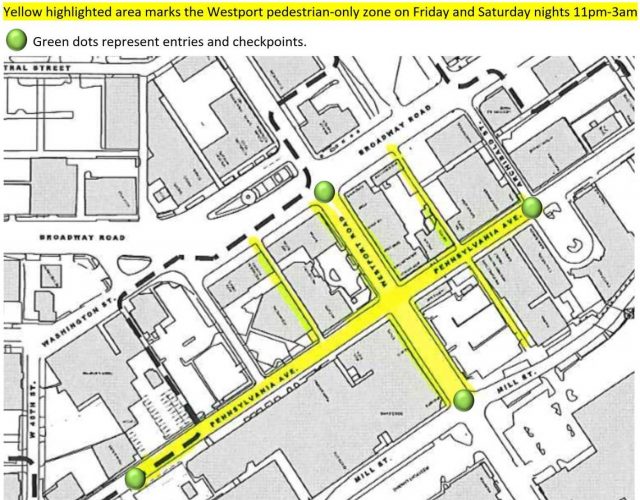 There are several reminders and disclaimers around the area that disruption or acts of violence will not be tolerated. There is an age limit, which restricts anyone younger than 21 from coming to the area. This measure aids the curfew – another measure put into place to attempt to stifle the recurring acts of violent acts. 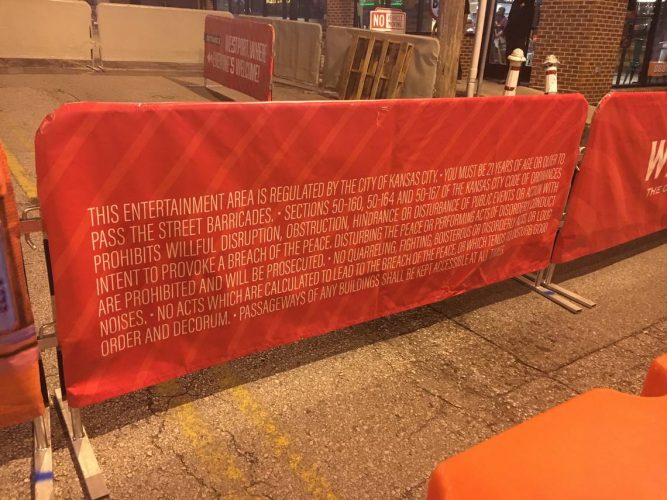 Westport’s own website even has a separate tab for information on their safety and rules, including a list of all weapons prohibited from entry.

“[The rules put into place] are being done to promote safety in Westport in response to the world we live in today. Westport is proud to take a proactive measure to address safety so all can continue to enjoy the vast array of late night options in Westport – just like millions of others have done for more than 150 years,” Westport advertises.

“The feedback we have received has been positive and patrons were happy to have security screenings taking place as an added nighttime safety measure,” a spokeswoman for the Westport Regional Business League told The Kansas City Star.

With 170 plus homicides in the KCMO area in 2018 and counting, it is unclear whether the new security measures will make a difference. Yet, they are serving, so far, to comfort the community and provide the most amount of safety possible for citizens.