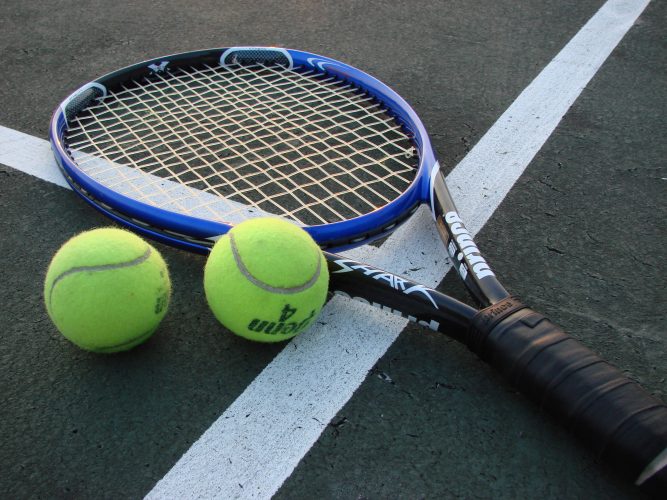 Being a college athlete is a choice that many William Jewell College students made before coming to school. Each with reasons like scholarships or just for the love for the sport, the Jewell community is full of student-athletes that have to balance studies and practice.

When first joining the programs, the players are full of expectations and eager to play for their school. But, four years is a long time and perspectives often change. This article is the first in a series presenting the comments of senior athletes at Jewell as they reflect on the time they’ve spent playing as a Cardinal.

The Hilltop Monitor sat down with a few seniors from the tennis team and talked to them about their first thoughts about Jewell, what changed during their career and their thoughts for the future of their program.

In general, the seniors from the tennis team were looking forward to play the sport they loved and pursue a degree at the same time.

“[About coming to Jewell] I thought it would be a great opportunity to continue to play the sport I love at the college level. […] I was excited to be given the chance to continue doing that,” said Caroline Lane, senior nursing major.

“The year before I came to Jewell, the team had missed out on going to Conference by one set in a countback, and it was made clear to me that the goal was to make conference the coming year, and both coaches and players said it was a realistic goal. So I thought it [the Jewell tennis program] was a strong D2 program lead by a someone who was a competent coach and a good person,” commented Hannah Waine, senior accounting major.

One of the seniors from the team is a transfer who came to Jewell for their sophomore year and had a different perspective and expectations.

“I came from a very hostile environment with the tennis team, everyone was super competitive. We were all fighting for a spot on the lineup, and that put a lot of tension on the tennis team because there were 11 girls and only six spots,” said Whitney Holloman, senior civil engineering major. “So coming here I was looking for a team that wasn’t internally as competitive and that was what the coach promised me when I came here.”

The tennis team went through a few problems over the years, but the girls stuck together and worked their way out of those problems.

“Our team has faced adversity and many problems, but overall, we, as teammates have supported and encouraged each other, as well as have had the courage to overcome adversity and to never giving up on each other,” said Becca Richison, senior sport and recreation, and psychology major

“We relied on each other when facing any kind of adversity. We always talked things through and supported each other. We are like a cute little family,”  Lane mentioned.

When asked about their opinion on the support they had from Jewell as student-athletes their answers varied.

Lane commented on the help and support from her professors and her greek community. She pointed out how important her sorority sisters are to her and how thankful she is to have that opportunity at Jewell that she might not have had in a different school.

For Richison, the coaching staff, strength and conditioning staff, teammates and family members of teammates are the ones who give the most support to the Jewell athletics

Waine also pointed out the support from her Jewell professors, but had some issues with the lack of attention the tennis team receives from the Athletics Department – however she does appreciate how things have started to change.

“We’ve never consistently had members of the Athletic Department at our matches, and up until this semester the department hasn’t addressed our concerns. I think that is changing for the better though,” Waine said.

Holloman mentioned the improvement needed on the tennis facilities, but also said that she understands that it’s a matter that takes time plus that there’s already things in the works to improve the facilities.

“It takes a long time for something like that to be in the making. I mean, the last school I was at it took them 10 years, and they finally got a new facility a year after I left,” Holloman added.

They were also asked about their opinions on the reason why so many of the students that transfer away from Jewell are athletes.

“I believe that Jewell is most known for excelling in education, but when it comes to athletics, our athletic programs lack competitiveness and everyone faces their own challenges by being a student-athlete” Richison said. “I believe that Jewell athletics could excel if they focused more on providing athlete’s with the best coaching experience, and being open to listening to athlete’s cares and concerns and be willing to make changes.”

“Sometimes people decide on a different major that Jewell doesn’t have or maybe they want to be closer to home. I think sometimes people don’t realize how much of time commitment it is and how important time management is. Overall I think it happens for a variety of reasons.” Lane explained.

“I think there are definitely reasons outside of the Athletic Department. I think finances are a big influence for lots of transfers. But I think there is a trend across Jewell athletes. There are problems with coaching, resources and facilities, unsatisfactory results and just generally feeling like our opinions aren’t valued and things won’t change,” Waine said.

“After my first year here I desperately wanted to transfer, because of the adversity with the coach and everything that was happening. I was willing to lose a year of eligibility to do it, just because it’s hard to lose, and it’s hard to lose over and over again. And I think that’s what a lot of the students at Jewell experience and it brings them down. They just get to a point where they think those are their only two options, since they’re so in love with their sport they chose to take the transfer route,” Holloman elaborated.

At last, they shared their expectations for the future of the program.

“I am excited to see what our new coach is going to bring to the table. I hope he can fix my volleys cause that would be very helpful!” said Lane. “I’m also excited to finish out this year with my teammates by my side and I know we are going to make the best of our last season as college tennis players”

“I expect many challenging and positive changes implemented from the new coach, but I mostly expect a driven and positive team like the one we have now,” shared Richison.

“The future of the program is rather unknown, but I’m very excited for the younger players. I think that under the right coach, and with Jewell Athletics taking tennis seriously, the program can be very strong,” commented Waine.

“I’m still glad that I chose William Jewell College because I wouldn’t be where I am or who I am today otherwise. The program has given me lifelong teammates and I’ve got to continue playing tennis while seeing the U.S.,” Waine added.

“Kansas City has phenomenal tennis, we are the hub of the midwest tennis for USTA [United States Tennis Association] and I think there should be no reason that we shouldn’t be just as competitive as any other school in our conference. […] And I also hope that the internal tension that I didn’t want, I hope the girls can continue, as the program improves, that the girls continue to be close, and driven and want the same thing,” said Holloman.

Holloman also commented that since Tom Eisenhauer has taken the role as A.D. she has seen big strides in the athletic program, that she’s really excited for Jewell’s future in athletics and that she believes that we could be just as competitive as every other school, given the right resources.