This spring, William Jewell College Library Services will host a Social Justice Book Discussion Group (SJBD) in partnership with the Jewell Theatre Company. The book for this iteration of the group is Julia Alvarez’s 1994 novel “In the Time of the Butterflies.” The group will meet to discuss Parts I and II of the book April 6. Part III and the epilogue will be discussed April 19. Both sessions will be held in PLC 110 at 10:15 a.m.

This is the third SJBD the library has hosted. Abi Broadbent, Archives and Technical Services Librarian, brought the idea to Jewell and hosts the group.

“I used to work at University of Missouri, Kansas City in their library,” said Broadbent. “I did my graduate research assistantship there, and one of the librarians was a great mentor to me and he ran the program for that library. I really enjoyed it and I thought it would be a great addition to Jewell, so I started it.” 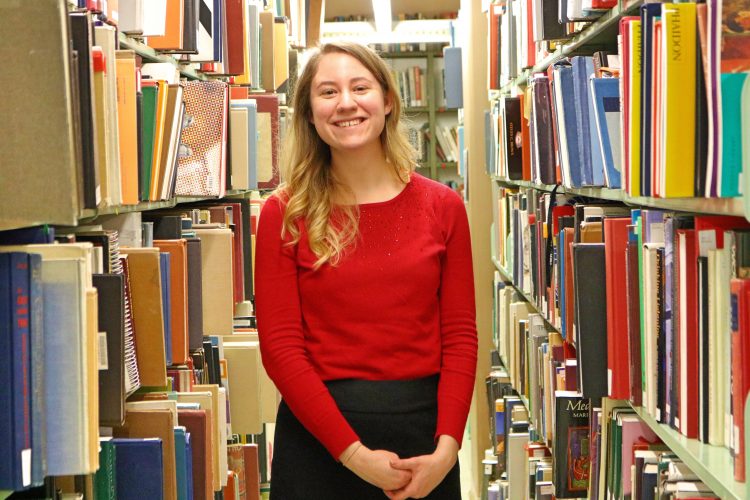 Having a group to focus exclusively on social justice is important to Broadbent. As a Jewell alumna, she felt that she discussed social justice in some of her classes but wanted more.

“I wanted there to be a time and a place devoted to just that,” Broadbent said. “I feel like, as a literature major, using novels and written works to discuss social justice is a great way to illuminate one’s own thoughts and maybe resolve conflict—using [literature] as a jumping board to do that.”

Broadbent brought the idea of the SJBD to Jewell when she was hired and has been in charge of implementing it since.

“I brought the idea up to Rebecca [Hamlett, Director of Library Services] when I was first hired and she said, ‘That’s a great plan, you’re in charge of it,’” Broadbent said. “So, I just did it. Chris [Vaughn, PLC Library Support Specialist] helped me a lot with promotion because I didn’t know anything about social media and promoting it through Twitter. Rebecca helped me design the poster the first time and all the logistics like that.”

The library held the first SJBD in the spring of 2017. The group read Ta-nehisi Coates’ “Between the World in Me.” The book, published in 2015, is a letter to Coates’ son discussing how to navigate being black in America. Broadbent said that she was pleased that the first SJBD was well attended.

“We had a survey after and people seemed to really enjoy it, so that was good,” said Broadbent. “For that one we had people from the Garrison School participate and lots of faculty and students. We were also able to offer a free copy of the book to anyone who attended.”

The second SJBD, held last semester, discussed Leslie Feinburg’s 1993 novel “Stone Butch Blues.” It is a coming-of-age story featuring Jess Goldberg, a “butch” lesbian who lives through the 1960s and ‘70s gay liberation movement. This iteration of the group was less well attended, which Broadbent believes is because they didn’t offer a free copy of the book.

The third SJBD will feature Julia Alvarez’s 1994 novel “In the Time of the Butterflies.” According to the library’s website, “the novel tells the story of the three Mirabal sisters who come of age in the Dominican Republic under the oppressive Trujillo dictatorship.”

Broadbent did not have an easy time choosing the book for this discussion.

“I had a lot of options because the people from the last book discussion were really willing to share their suggestions,” said Broadbent. “I looked at all of their suggestions and they were all great books. I had some great reading material. Dr. [Chris] McCoy mentioned that Jewell Theater Company would want to partner with us for the SJBD because they were doing ‘In the Time of Butterflies.’ I obtained and read the novel, I thought it was fabulous, especially given the discussion about DACA [Deferred Action of Children Arrivals] and diversity/representation and what that means and the political forces that might have led to that situation.”

Broadbent chose Alvarez’s book intentionally, and she encourages people participating (and not participating) to attend the Jewell Theatre Company production of the play.

The first 20 people to sign up for the SJBD will receive a free copy of the book. Sign-ups can be found on the library website.

In the author’s note in the back of of “In the Time of the Butterflies,” Alvarez writes, “In fact, I would go as far as to say that by reading books, entering other realities, and then taking those adventures back into our own lives, we are freedom fighters. One of the first things that happens in a dictatorship is that books are confiscated, people are not permitted to congregate and share ideas and stories…A reading, thinking, empathetic citizenry is a lot less likely to be controlled or hoodwinked.”