To be honest, with the emergence of the #MeToo and #TimesUp movements, speculation and doubt over the validity of suriviors’ stories has increased, and I’m sick of it. Any victim who decides to tell her story has to prepare for a barrage of attacks attempting to discredit her account with phrases like “sexual assault doesn’t count if they were in a relationship,” “she must have dressed like she was asking for it” or “her story can’t be true because she took so long to come forward.”

When I was a freshman in high school, a 14-year-old who had just barely had her first kiss, I was molested. I can vehemently assure you that I was not asking for it. The boy who molested me, also 14, and I had been dating for about a week. The most intimate moments we had shared were goodbye hugs before leaving school. We hadn’t even kissed, despite his best efforts.

We were sitting together on the bus on our way to a marching band festival about two hours away. I ended up falling asleep on his lap, a place that I should have, and at the time did, feel safe. When I woke up his hand was underneath my bra, fondling my breasts. I didn’t know how long he had been doing it and I certainly never gave him permission. I wanted to scream but instead I was frozen in shock. Even at 14 I knew that if I said anything, screamed at him or made a scene I would be considered and called a slut, whore or [insert demeaning adjective of choice here]. So I stayed silent, pretended to wake up and then moved seats.

The boy and I were, technically, in a relationship. I did not want or ask him to do what he did, and the sexual assault I suffered definitely counts. I believe that saying what a person is wearing is “asking” for sexual assault is wrong and places the blame of sexual misconduct on victims for wearing their clothing of choice. Last time I checked, clothes do not have the ability to say the word yes, so they cannot imply consent. I was wearing sweatpants, a t-shirt and a sports bra. Even if clothing did imply consent, which it does not, what more should one wear? It took me over four years to tell my family and, via this article, the public, what happened to me. My story is true regardless of how long I took to come forward. 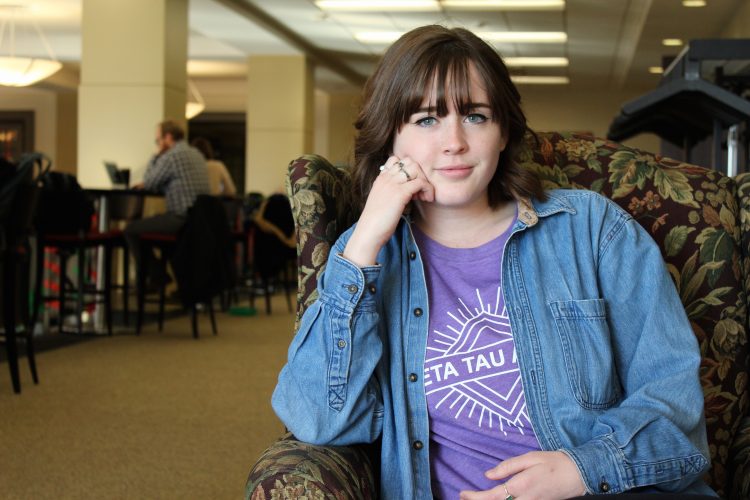 I’m using my story as an example of how hard it can be for a victim to tell the story of their assault. I’m not asking for pity or apologies. The only thing I have to gain from coming forward is the possibility that someone begins to see just how damaging victim blaming and the resulting discrediting of sexual abuse are. It took me years to tell people what happened to me because I was afraid they would look at me differently or, as is typical in these situations, blame me for the action in which I was the victim.

That’s why the #MeToo and #TimesUp movements are cathartic for victims and are making great change in our society. Victims now feel more secure coming out with their stories knowing that, despite all of the public scrutiny and blame they will have to endure, at least they now have allies.

In spite of all the progress these movements are making, each instance of a victim coming forward is accompanied by the typical barrage of attacks with the intent to discredit her story. People need to realize that victim blaming is disgusting and damaging to a victim who finally gathered the strength to come forward. It is not helpful in finding out whether or not the account is true. In fact, victim blaming creates an atmosphere of validation for the perpetrator of sexual abuse, one in which they have no need to feel guilt over what they have done.

Victim blaming attempts to discredit a victim’s account of the sexual assault they endured. By placing blame for the sexual abuse on the victims, people are not giving the victims’ voices a chance to be heard. Instead they are effectively allying themselves to the accused perpetrators. Doing this assures the accused perpetrator that what they did is excusable. By discrediting the victim and reassuring the perpetrator, victim blaming reinforces a perpetrator’s power and consequently makes it okay for people to commit sexual assault guilt-free.

Whether it takes four minutes or 40 years for a victim to share the abuse that they suffered, listen to the victim and realize that you would be hard-pressed to find someone who would subject themselves to the kind of public scrutiny victims have to endure if they were not telling the truth. Victims’ stories show us the dark side of oftentimes beloved people, which is difficult to handle but in no way permits victim blaming.

We live in a world where people think it is okay to commit sexual assault. It is not just grizzly old men in the back of white vans against whom people must take caution. More often than not it is someone who thinks their actions are justified, that the victim’s body is theirs for the taking. The boy who molested me was 14. The fact that he thought what he did was okay reveals how pressing this issue is.

The #MeToo and #TimesUp movements send a message that no, boys will not and cannot just be boys. Boys, by boys I mean everyone, must be taught that sexual assault is unacceptable and wrong. Rape culture, and by extension victim blaming, permeates every part of our society from Hollywood to small college campuses. By taking a stand against sexual abuse and showing that we as a society will not tolerate it, the #MeToo and #TimesUp movements are working to change the culture in which we currently live. But more must be done. We need to raise a better generation of people, people who are taught that sexual abuse is not okay just like they are taught the ABC’s.

In short, what I’m saying is that it’s time to listen to victims without blaming them. Take a stand against accused sexual abusers and contribute to the culture change. And also, TBH… #MeToo.

2 thoughts on “To be honest…with Savannah Hawley”