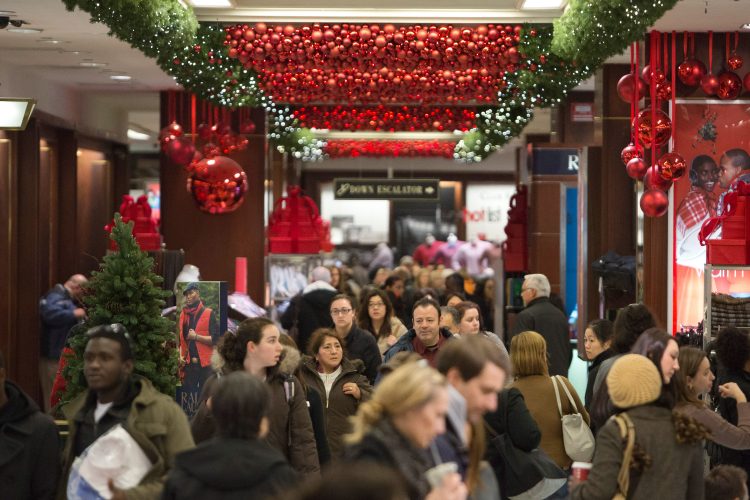 The holidays are just around the corner, and with the season of joy and cheer comes holiday shopping for many Americans. The allure and magic surrounding the holidays is manifested and manipulated by retailers all across the nation. They captivate us with the sights, smells and ambiance of their stores, which is the result of psychology.

Smell is a powerful sense. It has been employed by companies all across the nation to make their stores welcoming. According to a study published in the Journal of Marketing in 2015, consumers tend to purchase more premium products and brands when they are in a warm-scented environment, with smells such as vanilla or cinnamon, compared with a cool-scented environment, with smells such as peppermint or eucalyptus. Studies have also noted that customers are more likely to leave a store with complex scents than ones with simple and warm fragrances.

Music and various types of background noise may also played a role in influencing shopping habits. A study presented last year at the International Conference on Economics and Management Engineering found that consumers are more likely to impulsively buy products in the presence of faster background music compared with background music that has a slower rhythm.

The grouping of items such as clothes or decorations make customers more willing to buy the set over individual pieces. Retailers will intentionally place items adjacent to one another in order to create the not-so-subtle suggestion that for this gift to work or be complete, you need to buy all of the items.

The study involved four experiments that examined how consumers respond to being rejected by a salesperson at a luxury store, such as Gucci or Burberry, versus a mass-market store, such as American Eagle or H&M. Ultimately, the study concluded that a rude salesperson at a high-end store may motivate shoppers to spend more. In other words, some salespeople will try to tap into your feelings of inadequacy, which is offensive but incredibly effective.

Retailers may put differently priced items next to one another in order to motivate shopper to make a purchase. They use a technique, known as framing, where retailers will put two similar items that have different price points and display them in a way that subtly tries to up-sell you. The framing exercise ultimately gives consumers a frame of reference for a baseline of cost and then to subtly prompts people to buy the higher-priced item. A paper published in the American Economic Review in 2010 found that a shopper’s willingness to pay for a product is 40-61 percent higher when the item is actually displayed before them than when they view only an image and text display