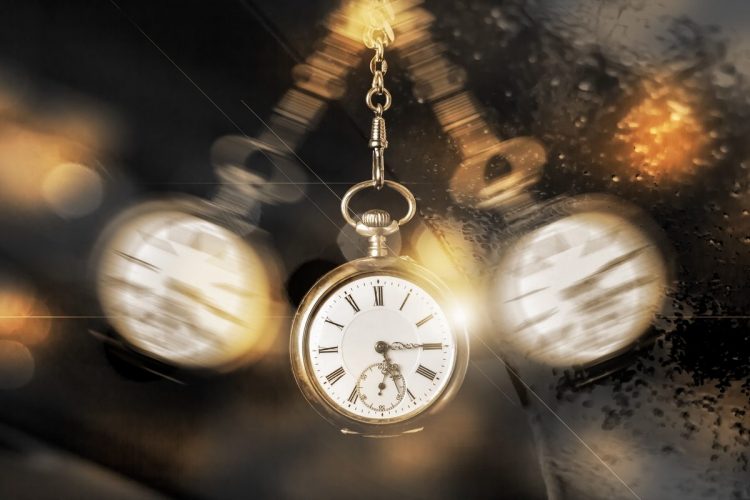 Clock face moving on a pendulum.

My experience as a debater has allowed me to pursue and study many niche concepts that most people would overlook or simply dismiss due to how irrational they seem. Meanwhile, us debaters spend entire weekends ranting at almost incomprehensible speeds about how the state is bad and going to kill us all. When we aren’t doing that, we are looking for the next argument with a credible base of scholarship that we can employ against opponents to catch them off guard.

Nevertheless, debate has been instrumental in teaching me never to dismiss any argument on its face not only because this could be the argument I need in elimination rounds, but also because thought, of any sort, deserves its due consideration.

When debate is a monologue, arguments are presumptively false because they have been proved to be through well-researched scrutiny. So it is understandable that when I say Gregorian dating is an active form of Western cultural hegemony that endows imperialism with durability and effectiveness while also constructing time as a linear epistemology that reduces life to production, you furrow your brow and ask “are you sure about that?”

Despite your reservations, the fact still remains that history corroborates the claim that time as a linear understanding is simply a function of western cultural hegemony – meaning our holistic western conception of time is largely built on a facade we have created for ourselves.

The first concept important to understand in order to grasp my argument is that subtle machinations of cultural imperialism, while subtle, are still invaluable indicators of the broader implications of that specific culture. Western modernity, as the spirit of imperialism, pours into non-Western societies and begins to dominate them.

The second concept we need to understand to grasp this argument, and the hardest part to understand, is that time constructs epistemology.

Johannes Fabian, professor of Anthropology at the University of Amsterdam, would label this trend as the denial of coevalness. Denial of coevalness describes “a way of seeing the world in which various contemporary societies are interpreted as literally living in a different historical epoch. Its interpretive, moral, and political limitations – its misplaced confidence in progress and its unfounded hubris – are by now clear to most scholars”.

You witness the denial of coevalness everytime Western society is portrayed as more sophisticated, advanced and capable than other forms of Eastern culture. This is materialized simply through the categorization of countries as third world vs. first world.

It is explicitly the differentiation between the anthropologist’s time (modern, moving time) and the time of the Other (static, less developed, older) which constitutes the denial of coevalness. The denial that anthropologist and interlocutor exist in the same time, or in other words its allochronic (occurring in different times, asynchronous) discourse.

By creating the otherness of the past and the past of the other, modernity and colonialism were able to be established by the empire.

Geopolitically, particularly since the nineteenth century, the translation of geography into chronology was the work of colonization, of the coloniality of knowledge and power. It has served as the justification for the ideology of progress in the 20th century of development and underdevelopment.

Modern episteme entails a subject/object dichotomy, distinguishing I from the rest. The subject, “I,” makes the “rest” objects of recognition and conquest. Consequently, the body comes to be seen as a sort of machine, and disease as certain disorders within that machine. And as the outer realm of nature, unrecognizable by reason, is named the supernatural, religion is relegated to the realm of the supernatural and to irrational inner emotions. All of these are parts of the modern episteme as a whole.

Modernity, progress and development cannot be conceived without a linear concept of time defining a point of arrival.

Time thus became a central factor in formulating the modern episteme. To understand what tradition and underdevelopment mean, it was necessary to have, first, the concept of modernity.

But the fact still remains that time, as we understand it, is not naturally the central category of human experience. Western identity involves the assumption that time proceeds in a linear fashion. Time is rather a fundamental concept in the forming of the modern/colonial world and an instrument for both controlling knowledge and advancing a vision of society based on progress and development.