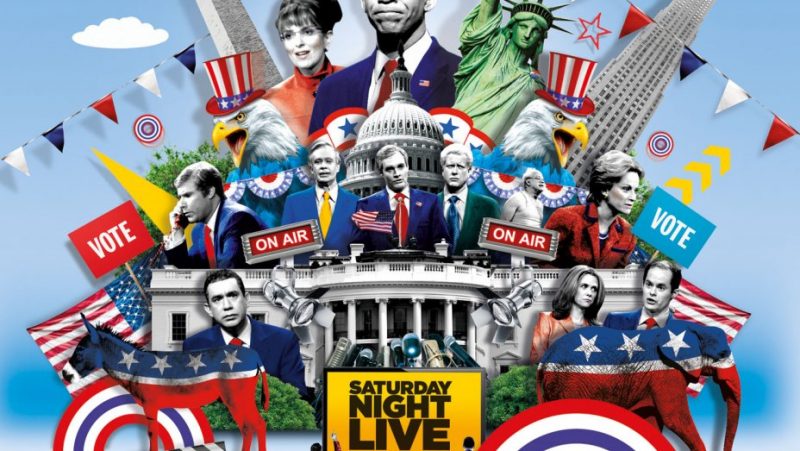 Predictably, Saturday Night Live (SNL) had an opinion on midterms – and just as predictably, this opinion tries to balance appealing to both the left and the right. While some jokes land fairly liberal, much of this past weekend’s episode vocally attempted to stand outside party lines.

The latest episode begins with a sketch wherein Jeff Sessions, recently fired by Donald Trump, is cleaning out his desk. Numerous jokes allude to his old age and presumably degenerate upbringing, with Sessions bringing out the cardboard box he says he was born in. Sessions also pulls out a mug advocating hate with a confederate flag on it. He begins singing an Adele’s “Someone Like You” as the sketch finishes.

The last moments include Robert Mueller bidding Sessions farewell, alluding to details in the Russia Investigation. Afterwards, Sessions advises him to not be “cocky,” because it’s likely that Trump will fire Mueller too. They embrace and sing more Adele as they shout “Live from New York, it’s Saturday Night!”

As with many opening sketches deriding the Republican Party in the White House, the President, his colleagues and children are depicted with stupidity. While it insults the presidential staff and depicts topical moments of idiocy from the past week, the casual focus on idiocy lingers even on more serious issues, such as when, as the opening sketch nears the end, Sessions casually comments that he’ll still be up to no good – causing one to wonder what role humor plays in the depiction of our news.

While SNL is definitely not claiming to be a news source, it does claim a position of authority and spokesmanship within American entertainment. Does the humor it employs become a coping mechanism for our malfunctioning government, or does placing a comedic spin on people who abuse their power normalize their abuse?

These are not easy questions to answer and I don’t have a definitive response. However, it is important to keep these in mind when watching. I believe it is our responsibility as citizens to play an active role in the entertainment we digest, thinking about it rather than simply absorbing it.

Another SNL sketch from this past weekend features a playful music video where people gather together, despite their major differences, to celebrate their shared minor dislikes. These are things like people swiping through photos too much, the word crotch and wet jeans.

The Weekend Update sketch began with midterm election details, mentioning some noteworthy winners, though it ultimately focused most on skimming through the election details and focusing on Pete Davidson’s prior insulting comments. Davidson remarks that the U.S. is unified by their hatred of him.

The theme throughout this episode seemed to be one of careful middle grounds. Although picking on the Republicans in the White House is fair game, SNL still feels obligated to make snappy commentary about the lack of unity within the U.S.

Is this true, though? Is the U.S. heavily divided based on political differences? Yes. But to insinuate an equality in that divide is complicated.

Many people speaking out against the Republican party, for example, cite their attacks against common human decency, their willingness to oppress minorities and line rich people’s pockets. Is it right for SNL to act as though the differences within the U.S. today are not important, or are easily overlooked?

But then, what is SNL’s position in our political entertainment sphere? What does SNL want to accomplish?

So far, perhaps they are doing a decent job of satisfying the majority of their viewers. With their criticism of Trump carefully obnoxious yet omnipresent, as well as their attempts to sling mud at both conservatives and liberals, it seems as though SNL would rather court both sides than make any real political commentary.

As a source of entertainment, SNL isn’t necessarily lacking. However, their stance as a political force remains murky to me.

Photo courtesy of The Hollywood Reporter