Ray Bozarth, executive director of the Missouri Republican Party, acknowledged to the Kansas City Star Oct. 19 that the party sent mailers to 10,000 people across the state with false information about when absentee ballots are due.

As of 2016, approximately 4.2 million people were registered to vote in the state of Missouri. Of that, 10,000 appears to be a minor fraction. However, in the 2014 midterm elections – the most recent midterm election cycle in the U.S. – only 35.23 percent of enrolled voters in Missouri cast their ballot.

Based on these figures, the 10,000 voters who were sent incorrect information could make up close to one percent of the number of people expected to vote in Missouri.

A photo of the mailer provided to the Star shows the words “urgent notice” in all capital letters displayed in a red bar across the top of the sheet. It also encourages voters to return their mail-in ballots immediately. 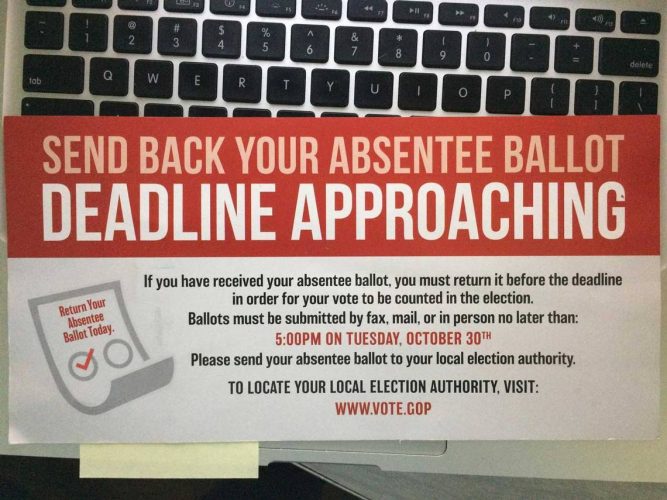 Though it is impossible to know the impact these erroneous mailers will have, voters who received mailers and falsely believe that the deadline to cast an absentee ballot has passed could miss out on voting altogether. Alternatively, recipients who were still deciding who to vote for could have cast their ballots in haste.

The mailers were delivered to likely Republican voters as a part of the party’s get-out-the-vote effort, a campaign goal to motivate individuals to participate in this year’s midterm elections.

When asked if he was concerned some voters might not vote as a result of the misleading mailers, Bozarth said he was “very confident in the Missouri Republican Party’s get-out-the-vote effort,” reported the Star.