Jewell students spend months and sometimes years planning and researching for their Colloquium presentations, which can vary from intricate biochemical studies to original musical compositions to investigative political research. After submitting an abstract of their proposed presentation, the Duke Colloquium Committee, composed of an assortment of Jewell’s professors, approves the abstract, and the students are given approximately a month to assemble their presentations.

This year, over 70 students presented research, either alone or in teams of two or three students. 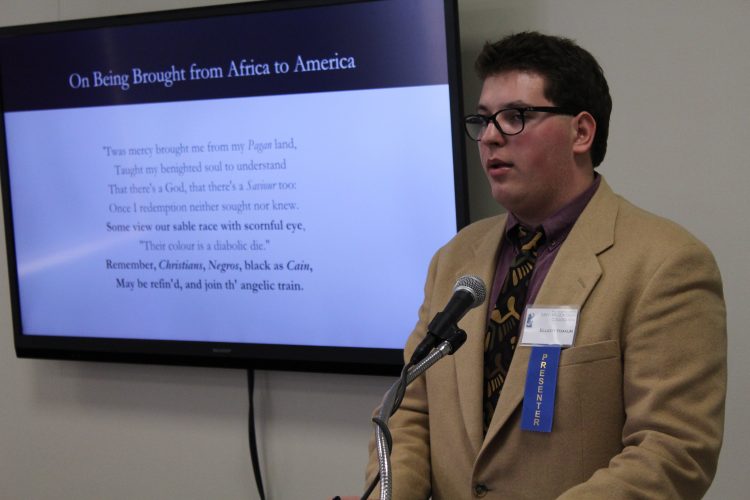 One of these students was Elliott Yoakum, sophomore Oxbridge Literature & Theory major. Yoakum presented his research of white control over the writings of marginalized people in a presentation titled “Illuminating a Pattern of White Supremacy in American Authorship: Control of Texts by Pontiac, Tecumseh, and Phillis Wheatley.” The presentation was based on a research paper he delivered at the National Undergraduate Literature Conference. 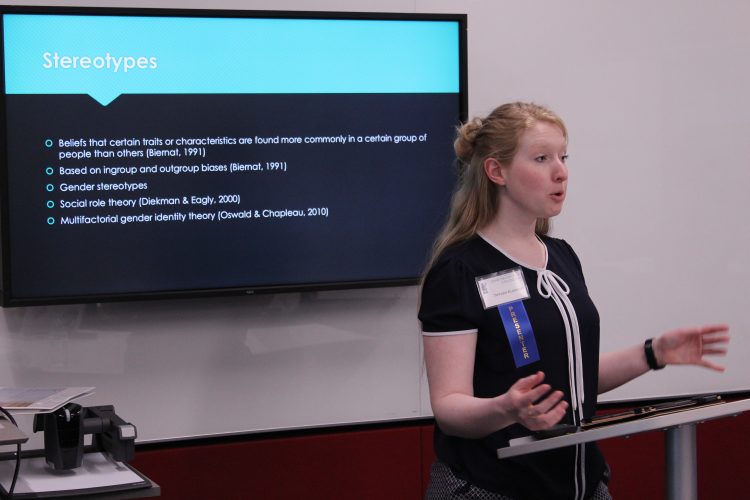 In her presentation titled “Female Perspectives of Traditional Gender Stereotypes,” Eldridge explored the extent to which women on Jewell’s campus hold gender-based stereotypes. Though not to a statistically significant extent, Eldridge found that women involved in Greek life may tend to hold more traditional gender stereotypes than their independent counterparts.

In Seki Anderson’s, senior biochemistry and ACT-In major,  presentation titled “The Exploration of the Number of Chromosome Copies in Cyanobacteria,” she presented research into cyanobacteria’s unique genome-copying process. Anderson’s research aids in the exploration of cell division and diversity.

Valerie Yeutter, senior mathematics major, presented mathematical research in her presentation, titled “A Probabilistic Analysis of the Card Game ‘Lost Cities.’” By analyzing patterns of chance and strategy in ‘Lost Cities,’ Yeutter derived mathematical formulas that could increase a player’s chance of winning. 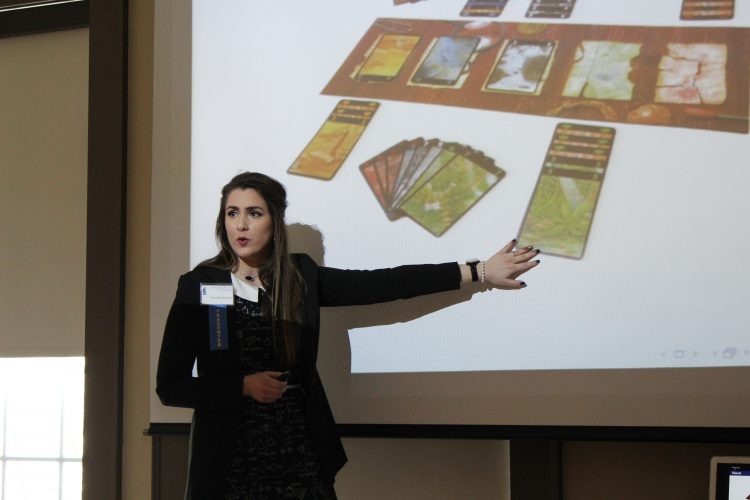 Luke Lockhart, senior biology major, presented two original compositions in his performing arts project titled, “Compositions from New Orleans.” These, among others, were written in and inspired by his time spent during his Journey Grant trip in New Orleans, Louisiana. In a slideshow, Lockhart showed pictures of the jazz clubs he visited and their influences in his composition. Then, with three clarinetists from the Jewell community, Lockhart performed two of his pieces.

These five projects are only a sampling of the Jewell talent and mastery that was on display April 20. Abstracts of each of the 82 projects can be viewed here.