The William Jewell Crimson dancers attended The National Dance Association (NDA) Competition in Daytona Beach, Florida April 6, 2018. They attended an NDA camp last April at which they auditioned for a spot to perform at Nationals. They were one of four teams in the region to receive a bid for Nationals. In November they learned their routine for Nationals, and in February and March they spent time perfecting it.

Their routine consisted of a multitude of different styles of dance ranging from jazz, hip hop and pop and was 2 minute and 15 seconds. The Crimson Dancers arrived Tuesday morning April 3 in Daytona, and they practiced Tuesday night. Wednesday morning and night, they had practices as well. Thursday, they got up at 5 a.m., performed at 9 a.m. that morning and then performed in the challenge cup Thursday evening, which put them through to the the finals. Finals was that Friday morning and they went into it in 7th place but ended up placing 6th out of all the Division II schools at NDA.

“We all really worked together as a team and perfected out routine,” Spencer said. “We all really wanted a bid to Nationals, and that drive helped get us there and place really well.”

“The biggest challenge was to get past the mental aspect of when you’re in the middle of a routine and you’re tired and you want to quit, but you don’t because you know that you have teammates relying on you to push through,” Francis said. “The most exciting thing for me was being with my teammates and really gaining a closer friendship than I ever thought that we could. We really pushed each other harder than we ever have and that was a really cool experience.” 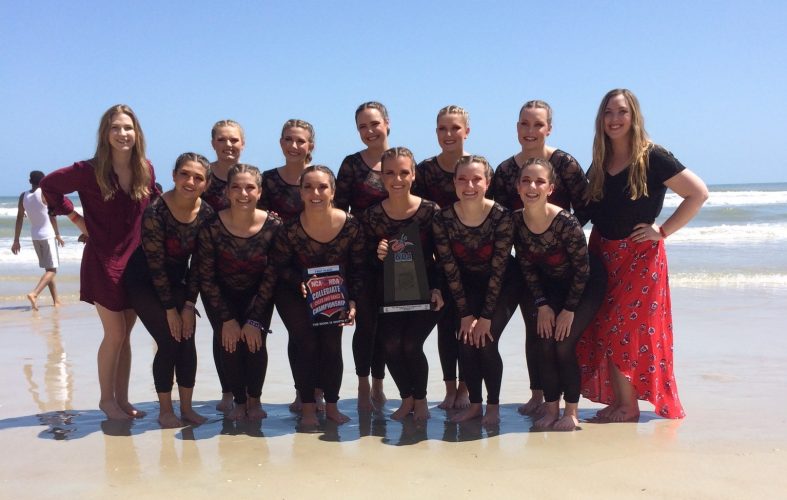