The Hilltop Monitor caught up with Christina Vogler, sophomore music education major. She talked about her passion, her major and program.

“It’s busy, crazy, all the time. But it’s well worth it. I love the idea that someday I’m gonna be a teacher; I just get very excited about. Sometimes it’s hard when you think ‘Why am I doing this? Why am I not a voice major or something?’ because there’s so many things to do all of the time, and it’s a really rigorous program… and people leave often. I really enjoy it, especially because Jewell’s curriculum has you in classrooms before your senior student teaching, so I’ll spend seven out of my eight semesters here in a classroom, teaching, interacting with kids and learning how the classroom works. I love going to see my students”

“I’m in a middle school this year and I’m just always amazed at the things they will say. They haven’t reached the point yet where they think ‘I probably shouldn’t say that.’ So they just blurt things out, and it just cracks me up.”

She also talked about her passion for performing and how she views performance in relation to music education.

“I love performing. It’s something that I really considered when coming to college. It was like ‘Do I want to teach or do I want to perform?’ Then there’s this conception of ‘those who can’t, teach.’ I hate that mentality because people think being a teacher is easy and being a teacher is just getting up, going to school and reading a book. B 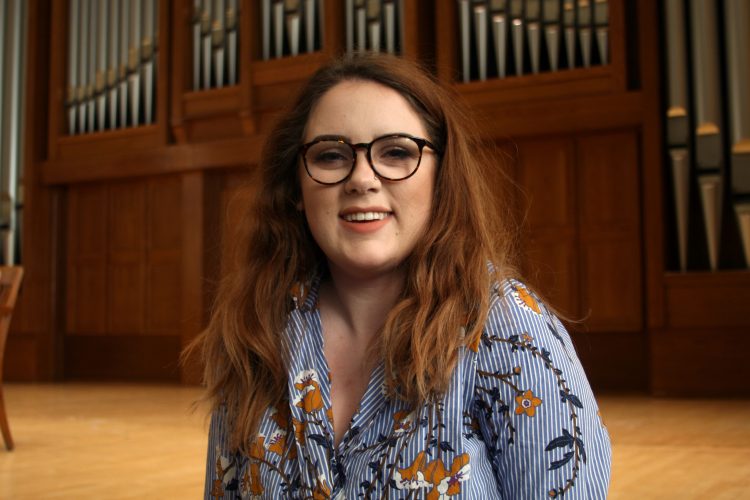 ut it is a lot of hard work and it’s a lot of learning how kids minds’ work and learning what will make the lesson better and how kids will retain that and how to combat different styles of learning and different disabilities and different socioeconomic backgrounds and all these other things that go into [effective teaching]. People don’t realize that it’s not just getting up, standing in front of a class and reading a book together. It really makes me so aggravated when people assume I’m not a performer because I can’t. When it could be said that ‘You’re not a teacher, because you can’t.’”

Vogler concluded by discussing the benefits of music for the sake of music and why she thinks it is such an integral part of education.

“We talk a lot about music advocacy and there are just so many benefits to learning to sing or playing an instrument. The way that lots of people describe it and justify it using lots of other effects as well. And it’s great that music impacts so many other things, like development of kids’ language skills because it affects different parts of the brain which helps them adapt better. I think music stands on its own and we should justify it on its own as well.”

One thought on “Humans of Jewell”