“It is a tradition at many other institutions, so I was borrowing from what I had learned from some of my peers in the presidency,” said MacLeod Walls.

This tradition extends beyond college inaugurations. Five former U.S. presidents have had poetry commissioned for and read at their inaugurations. Legendary poets like Robert Frost and Maya Angelou have been among those selected to present at these historic events. Music is another traditional part of presidential inaugurations, which have included performances by artists from Jessye Norman to Barbra Streisand to Beyoncé.

Jewell’s Inauguration however is special in that it will feature original works by members of the College community.

“It is a terrific opportunity to showcase the talents of your faculty for a wide community that gets to come and appreciate their gifts,” MacLeod Walls said. “So that was really the impetus behind inviting them to create original works of art.”

Each of the faculty artists had a different understanding of the importance of inaugural art.

For Maglione, the commissioning of inaugural art shows the College’s commitment to liberal arts education. 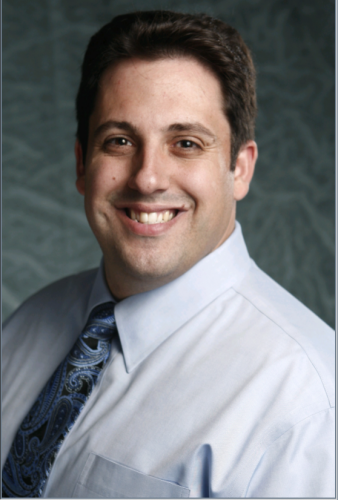 Maglione’s perspective on the value of inaugural art is in keeping with his piece entitled “Only Connect.” MacLeod Walls gave Maglione the text for the work, which comes from chapter 22 of E.M. Forster’s “Howards End:”

“Only connect! … Only connect the prose and the passion, and both will be exalted, and human love will be seen at its height. Live in fragments no longer. Only connect, and the beast and the monk, robbed of the isolation that is life to either, will die.”

E.M. Forster published the novel in 1910. It follows two families, the Schlegels and the Wilcoxes, through many years, vast differences, love interests and even deaths.

“‘Howards End’ is a very complex story about different human beings with different perspectives being thrown together and having to figure out how to manage difference among them, and the results of efforts are clumsy at times, but they’re ultimately very beautiful. They focus on the love that we can create for one another even when we radically disagree, even when we have very different experiences,” MacLeod Walls said.

The specific passage chosen for Maglione’s composition is especially significant for MacLeod Walls.

“That passage is probably the most defining passage in literature for me personally, both as a human being and as a professional,” MacLeod Walls said. “Especially given this moment for us at Jewell, and in the United States, where we are trying to bridge differences, and we are trying to make change. I love the passage, but it was also an obvious passage for us to use.”

Maglione, who read the novel this summer, mirrors the concept of connecting different perspectives within his composition.

“Essentially what I have is that I took two parts of two different modes and I connected them together via a common tone,” said Maglione. “I took these two disparate ideas and was able to make them act as a cohesive whole which is like connecting prose and passion. Taking an idea and having it amplify the other.”

Maglione believes that the harmonic shifts in the piece can be easily understood when heard.

“They are unexpected to your everyday listener,” Maglione said. “It goes places that one doesn’t expect it to.”

The concert choir performed Maglione’s piece at the Inauguration. For MacLeod Walls, the concept of mode mixing made perfect sense in light of the passage.

Williams wrote the poem that she read at the Inauguration. She believes that art can help express the feelings of a culture or community. 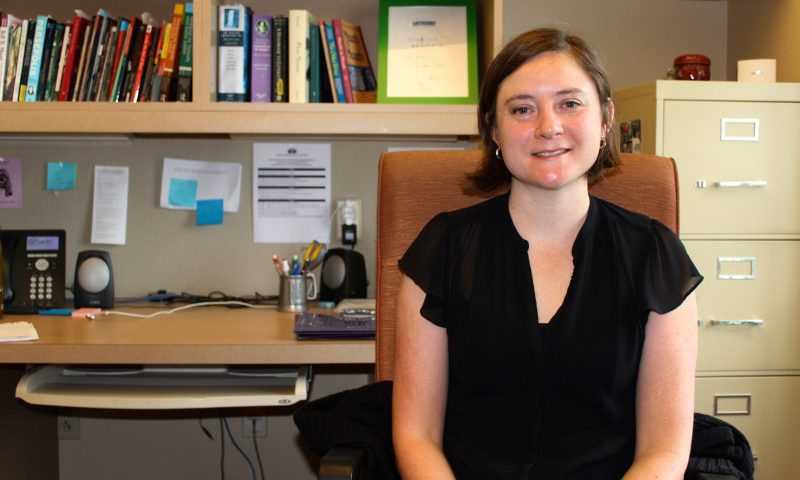 Williams’ poem is entitled “Uphill,” and it can loosely be placed under the subgenre of documentary poetry. Williams incorporated direct quotations she found in the archives.

She was given no stipulations, but said she knew she wanted to include a celebration of women at Jewell because of MacLeod Walls’ status as the first women president. Williams began researching for the poem this summer, but she didn’t start writing until the start of the academic year. She decided to write a documentary poem because she wanted the poem to be deeply rooted in Jewell’s history.

“My role as an inaugural poet, or as a poet who is writing for an occasion, is usually writing as a member of a community or trying to speak to a community, so I wanted to put [in] voices from the community,” said Williams.

Aside from resources pulled from the archives by Abigail Broadbent, Archives and Technical Services Librarian, Williams used information from H.I Hester’s “Jewell is Her Name: a History of William Jewell College” and Georgia Bowman’s “The Distaff Side: Women at William Jewell.”

“My goal was to do something that would be palatable and relatable to a wide audience but also delight me as a poet,” Williams said.  “A good inaugural poem should invoke the moment, but also be forward looking. It should manage simultaneously to be of the moment but also transcendent of the moment.”

Williams uses the metaphor of the hill to describe the challenges women and others face in Jewell’s community. She celebrates MacLeod Walls as the first woman president and lauds the achievements of the women who came before her.

“I wanted to celebrate the moment as a moment of progress especially for women at Jewell,” Williams said. “Women did not start out as students at Jewell and there was a long road for that to occur, and even after women were admitted, it took a long time for them to rise into positions of leadership and prominence.”

MacLeod Walls was exceedingly pleased with Williams’s poem, she called it brilliant.

“Dr. Williams’s poem, I mean, it’s the kind of poem that one must read several times,” MacLeod Walls said. “I hope that people leave the inauguration and read her poem again and again. They will hear it once, but it’s really rich and layered. She makes brilliant connections between history and the present—she did a lot of archival research around that—and I found myself the more I read it finding allusions that I had not realized the first time.” 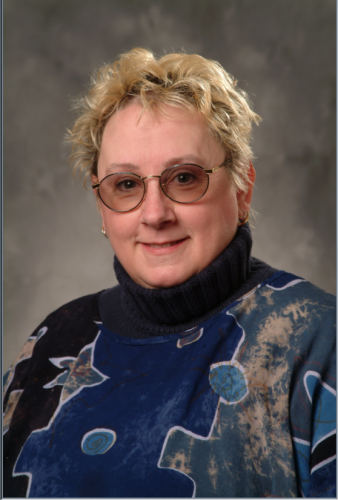 Nore, a printmaker and painter, created an edition of five prints for the Inauguration. She stressed the importance of commissioned art for artists throughout history.

“Commissioned art is really important for all artists because for time immemorial the church, the state, private people originally only commissioned work,” Nore said. “Artists just didn’t produce a lot of art like they do today and maybe only get one sale out of it. It’s really expensive to do all that financial inlay without any hope of it coming back, so commissions are the way that artists made a living.”

Though for most commissioned works, artists work within parameters set by the commissioner, Nore had no such stipulations.

“The president did not specify any subject matter,” Nore said. “At the time, I figured out I wanted to do something about the school since this is about her inauguration, and I hunted around for symbols that could symbolize the 15th president who was a woman.”

Nore found her subject in an unlikely source, the columns at the front of Curry Hall, the building housing the president’s office.

“I found inspiration in the Ionic capitals on Curry. Ionic is a form of architecture, according to the Greeks, that is female in orientation, and of all our major buildings, Curry is the only one that has female columns,” Nore said. “The volutes, the things that look like scrolls, are a very feminine symbol dating back to prehistory.” 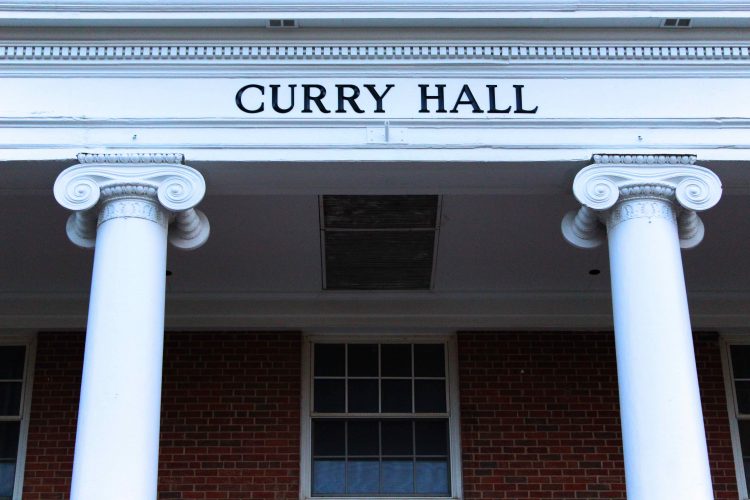 When she brought the finished prints to MacLeod Walls, a moment of pure serendipity, a word both women used independently, occurred.

From a quad-facing window in the office, one can see perfectly the Ionic capitals on the Curry columns. Although Nore had never been in the president’s office before, her print captured a view upon which MacLeod Walls had often remarked.

“I have to tell you that’s when I brought her over to show her the column—it was just a beautiful and serendipitous moment—when she saw the column, we both cried a little, we both hugged a lot,” MacLeod Walls said. “She’s retiring this year, and it was so powerful for our community that she was able to create this and that the prints will always live as part of the ceremony.”

Nore had a similar reaction to the view.

“Serendipity, such serendipity,” Nore said. “I had been up to Anne Dema’s office, but I had never been inside the president’s office, and she just grabs a hold of me and says, ‘Look what I see outside this window.’ She had remarked that it was one of the things that stood out to her and how did I know?”

All three artists are featured in the Inauguration program created by Susan Arbo,’86, Director of Ceremonies and Signature Events. Along with copies of the text of Maglione’s piece and Williams’s poem and a photo of Nore’s print, the program includes statements from each artist.

“Inaugurations are singular moments in the history of an institution, and what comes out of an inauguration, as opposed to a regular convocation, is that it is instantly archived and kept forever,” MacLeod Walls said.  “It is really important that we have artifacts from the day that talk about the academic endeavor going on here, that gesture toward it. Otherwise, it is just me as a talking head and various constituents coming up and saying things, which is important, but this is what will live beyond the Inauguration, so I wanted the best of who we are at Jewell to be on display for our community, but also to be artifacts of the event from now until the end of our history.”