College is a chance for students to explore themselves and their interests. Sometimes, it takes one specific college experience to change a student’s perspective forever. This was the case for William Jewell College religion professor Dr. Bradley Chance. Chance initially majored in accounting at North Carolina at Chapel Hill and had plans to pursue law school after graduation. It was not until his first religion class he took that he decided to change his career plans.

“I had grown up in a traditional Christian household, but by the time I got to college, I was a bit apathetic about religion, though hardly hostile. During my junior year, I took a survey of the Bible course from a professor, Dr. Bernard Boyd, who had a reputation for teaching good courses. Frankly, I took it primarily to get a humanities requirement out of the way. But the Bible came alive for me. I felt like he was teaching me how to read the Bible like a grown up. By the end of that semester I had decided to major in religion, though I wasn’t sure what I would do professionally,” said Chance. 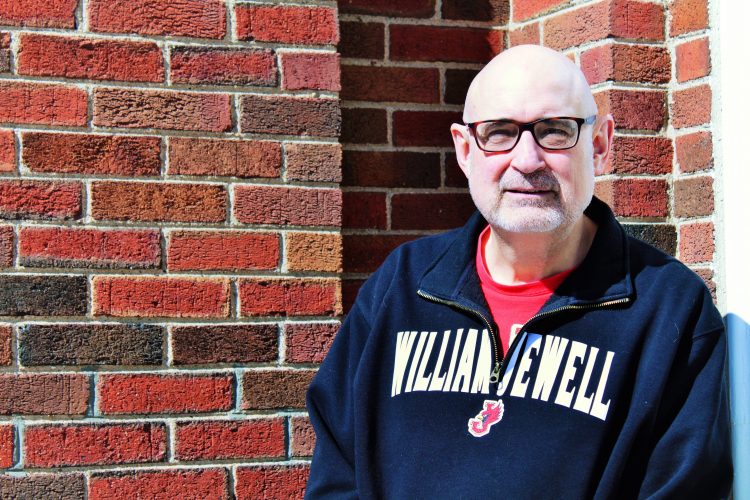 After graduating, Chance pursued a master of divinity from Southeastern Baptist Theological Seminary, in Wake Forest, N.C. in 1975 because “that seemed like the next logical step.” It was during that time that his interest in teaching blossomed.

“I loved what I was studying there and came to respect immensely my professors. The idea of spending my life learning about and teaching others about a responsible and critical way to read the Bible was most appealing to me,” said Chance.

After earning his master’s, Chance pursued a doctorate at Duke University. He was also accepted to Emory University and chose Duke primarily for its proximity to his hometown. He taught as an adjunct instructor of the New Testament at Southeastern Seminary for two years while attending Duke. He was reassured then that teaching would be his most fulfilling vocation.

Chance came to Jewell in 1982 as an instructor of religion and was promoted to assistant professor upon earning his doctorate in 1984. During his time at Jewell, he taught courses in science and religion, including both biological and cognitive science, and the important role of religion in our social and political lives. He regards his Jewell experience as rewarding and fulfilling.

“I enjoyed the opportunity of teaching students and watching them develop and grow and move on with their own lives, both personally and professionally. I’ve also enjoyed teaching the children of former students. That’s really cool. I have also enjoyed the company of many wonderful colleagues. Professionally, I have really enjoyed teaching at a liberal arts college, which has encouraged and even required me to expand my areas of teaching interest well beyond the Bible, which is about all I knew when I came here. Given our emphasis on critical thinking, which we’ve been doing since I arrived and even before it literally became our registered trademark, and liberal learning, I was free and encouraged to broaden my own horizons. And so I’ve had the opportunity and privilege to explore the importance of religion and the Bible as it applies to significant issues of our day,” said Chance.

“Maybe I’ll renew some of my contemplative practices and even flirt a bit with some very simple yoga. There’s a nice app for that on my Fire Stick, so who knows? For sure, I’m looking forward to reading books that have been on my list for a while, but haven’t found the time to read. I’m looking forward to staying in touch with the Jewell community, especially the students, and have a lot more breathing room. Win/win,” said Chance.