April is sexual assault awareness month (SAAM). The Title IX Office and the Office of Counseling Services at William Jewell College are working to raise awareness and host programming during this month.

Every Friday this month, members from the two offices have hosted a table in the Yates-Gill Union during Jewell Time to provide information about SAAM, including how to help those who have been sexually assaulted and how to prevent sexual assault. In addition to handing out teal, teal being the official color for SAAM, ribbons to spread awareness on campus, they are providing information about upcoming events.

One of these events, held Monday, was an open dialogue with Metropolitan Organization to Counter Sexual Assault (MOCSA). The conversation covered topics of sexual violence on college campuses, myths and facts about sexual violence and assault and how to intervene as a bystander.

The national theme for SAAM this year is “Embrace Your Voice.” Building on this, Jewell has adopted the theme of “Jewell Voices,” which can be seen on the banner in the Union surrounded by purple cards.

“We are asking students, as well as the Jewell Community, to voice their desire to stop sexual harassment, change rape culture and support victims on our campus,” said Missy Henry, co-deputy Title IX coordinator and compliance coordinator.

Comments on these cards range from a few words to short paragraphs. These include “listen to and support victims,” “alcohol is never a good excuse,” “no means no,” “I will speak up and call out sexual assault” and “be the person they can ‘go’ to.” 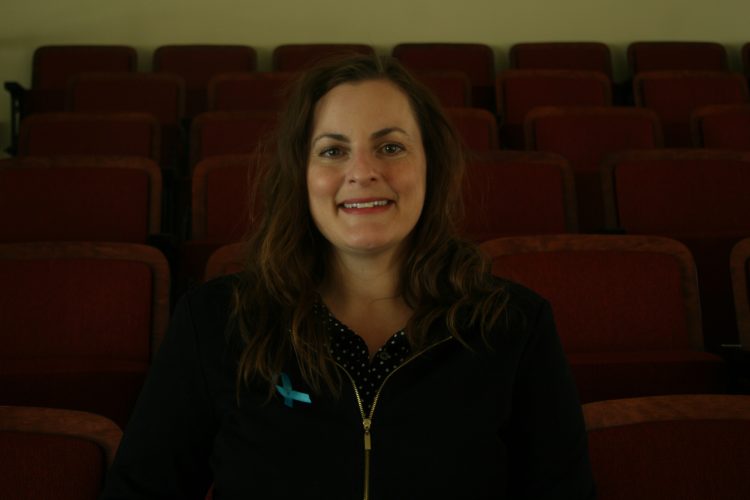 The cards will be displayed for the entire month. Henry hopes that individuals will take time to read the words of their peers and take comfort in how they’re being supported on campus and what other students are going to do to help prevent sexual assault.

“I think the Jewell Voices campaign has been received with a really positive response. We’ve had people very willing and excited to put that out,” said Dr. Tricia Hager, director of Counseling Services. “For us, it’s taking that forward and trying to keep that visibility for next year.”

The last event of the month is Denim Day. Students are encouraged to wear denim April 25 and be in a picture after chapel on the Quad at 10:45 a.m. Denim Day started in Italy in 1999 after the Italian Supreme Court ruled that “because the victim wore very, very tight jeans, she had to help him remove them, and by removing the jeans it was no longer rape but consensual sex.” This became known as the “jeans alibi” and sparked a protest by women in the Italian Parliament, who wore jeans to work. Patti Occhiuzzo Giggans, Executive Director of Peace Over Violence, helped bring this idea to the U.S. The first Denim Day was in April of 1999 in Los Angeles and has been held nationwide every year since.

Hager and Henry both emphasized that they want more visual awareness with events like the ribbon campaign, Jewell Voices and Denim Day. 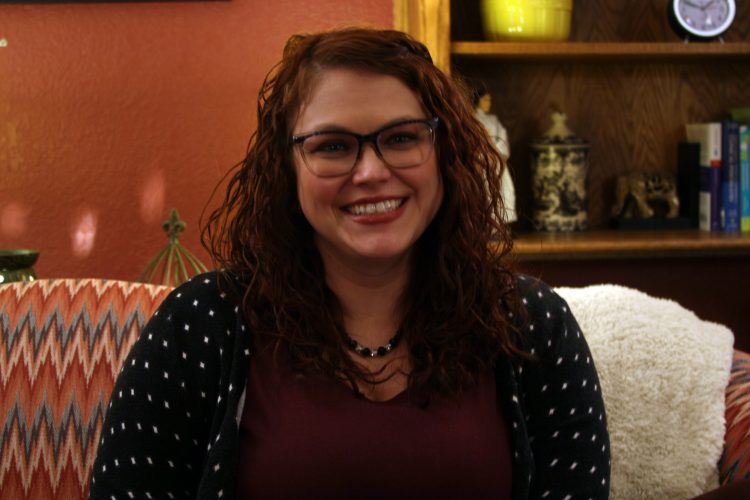 To do this, they have planned or are in the planning stages of multiple events for next year. One of these will be a screening of the documentary “The Hunting Ground.”

“It is [about] stories of survivors of sexual assault and how they’ve become advocates and they work through different college campuses throughout the nation,” said Henry. “They tell their story from when it happened, what their experience was with Title IX on their campus, what happened as a result of that. I had the opportunity to watch it a couple of months ago and I think that’s going to be very powerful for students to see.”

Hager spoke about the potential to bring either the Clothesline project or the “What were you wearing?” exhibit to campus.

“Both of those projects, really the focus is to reduce victim blaming and the stigma around sexual violence and to show that what you were wearing has nothing to do with the fact you were assaulted,” said Hager. “I had the privilege of being able to actually see the ‘What were you wearing?’ exhibit a couple of weeks ago. It’s very powerful [to] see the images and the clothing of what these individuals were wearing, both men and women of all ages, when they were assaulted.”

Moving forward, the two hope to have some type of monthly programming. Assisted by programming from a student committee.

“Since we’ve been at the table during Jewell Time, we have had students approach, who are either already MOCSA volunteers or they’re just interested in this, so we are going to try to form a committee of interested students who want to bring things to campus or who have ideas to get their input and approach it from a student and staff perspective…that’s part of the purple card initiative, we really want to know what the students are thinking, how do they feel, what are their ideas and then work with them to create programming,” said Henry.

Hager hopes the committee can assist with programming beyond sexual assault awareness.

“My goal would be that we would expand the committee out to any awareness and mental health programming,” she said. “That would be a way we could get some student feedback on what are the things that students want us to put programs on for…whether that be a tabling event, putting some information out there, bringing in a speaker…I think this might fill part of the piece that we are missing in getting that student input.”