According to the Women’s March on Washington’s official website, an estimated five million people marched in D.C. and in the 673 sister marches which were inspired by the D.C. march. 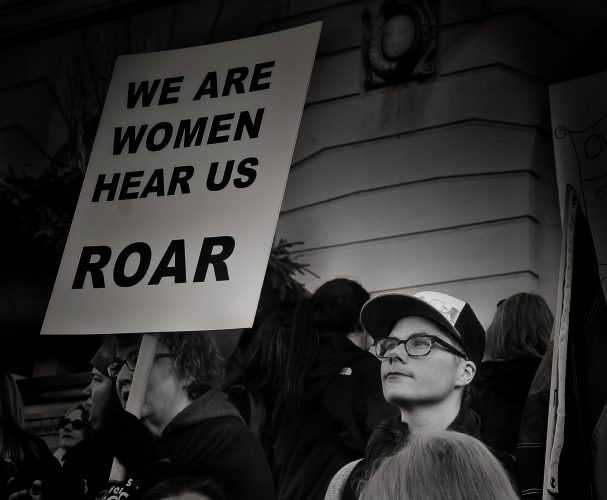 William Jewell College students and faculty were among the protesters holding signs and showing support for human rights.

“I had never participated in a march before, and I really wanted to turn all of the emotions and thoughts I’ve been having since the election into action,” said Nicks.

The action manifested itself in Washington Square Park in Kansas City Jan. 21 at 1 p.m.

According to a Facebook post by Kansas City Police Chief Darryl Forté, the Kansas City march brought together an estimated 5,000 protesters.

“I think it’s important for Americans to remember that protesting is inherently American and patriotic,” said Nicks. “It is not something to look down upon or be ashamed about. One simply has to look at the Boston Tea Party to see how protests can drive change.”

Anderson was thankful for the Kansas City sister march, as it was accessible for her to attend. She described the environment as electric and not what she had expected.

“At first, there was almost like a party atmosphere—tons of people gathering and loud music,” said Anderson. “People seemed to be cheerful and having a good time.”

Signs and pink pussyhats, knit hats with cat ears, proliferated in the crowds.

“All of the signs that we saw were amazing,” said Nicks. “One of my favorites was being held by a young girl that simply said ‘NOPE.’” 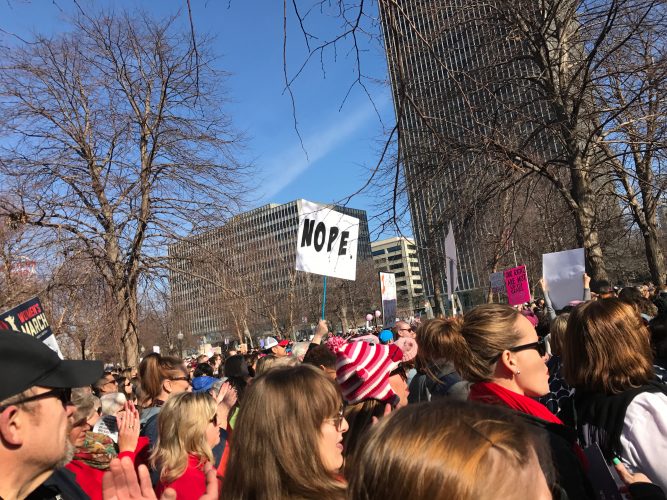 Speakers rallied the crowd and related stories with morals that called for change.

“Some speakers were incredibly brave, as they were rape victims or hate crime survivors,” said Anderson. “Other speakers were more of people of power, so it was good to hear from them too.”

The overall feeling of the protest bred goodwill and genuine desire for fair treatment among human beings, as evidenced by the interaction between protesters.

“At one point, I saw a woman with a knee brace get out of her chair so a woman (who was a stranger according to their conversation) using a cane could sit down for awhile,” said Nicks. “They took turns sitting and standing for the two-hour event.”

The women’s marches across the globe are not just about women’s rights but also about human rights. Protesters shared their views on issues such as gender rights, minimum wage, immigration policy, religious freedom and more.

“I wanted to leave the march feeling hopeful, and I wanted to be a present ally for people of color, refugees, immigrants, the LGBTQUIA+ community and all those who are threatened to lose accessibility to healthcare and wellbeing,” said Anderson. “I wanted to feel hopeful that, as a community, we will resist these violations of human rights.”

The march that Virga attended in Chicago was held Jan. 21, in Grant Park. According to the Women’s March on Chicago official website, 250,000 individuals gathered to “connect, protect and activate.”

“The sheer number of individuals packing the streets was unforgettable,” said Virga. “When you cannot physically move because there are so many bodies packed into one space, the idea of crowd takes on another definition.”

Chicago’s enthusiastic atmosphere and crowd of individuals who joined together to exercise their rights shared solidarity with the campaigns across the world.

“I remember the first thing I noticed when I started approaching the march very early was the overwhelming amount of pink,” said Virga. “Then, I got the opportunity to catch more details. There were people of all ages, gender, sexuality, color and religion all together in one large movement. It was great.”

The Chicago march included various performances and speeches from members of civic organizations and actors from the “Hamilton” cast. 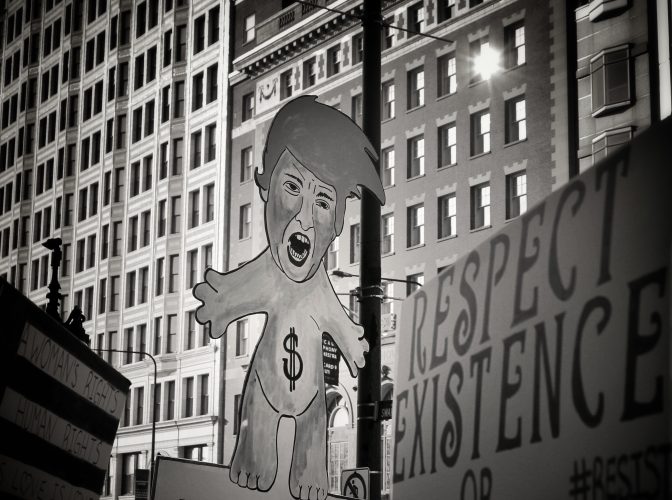 All the protesters had either personal beliefs or universal motivations that pushed them to enlist in the cause.

“My aim was two-fold,” said Virga. “To show the women in my life that I support them and refuse to accept anything but equal rights for them and to show our current administration that we will not stand for the nonsense currently happening in our political sphere.”

With Jan. 21 in our wake, protesters remember the passion incited in the marches and are determined to continue the surge to create lasting changes.

“A march is important because it makes a very public statement in which the world in this case can recognize exactly what we will and won’t stand for,” said Virga. “However, if we cannot follow through with actions, passion isn’t going to change policy.”

Virga reminds all to take action to initiate actual change.

“I fear that the sheer number of divisive problems that have arisen just in this first week is going to overwhelm people to the point that no action outside of marching is going to occur,” said Virga.

Nicks has already turned his protesting into action.

“I think it’s important to contact our representatives,” said Nicks. “I’ve been calling Roy Blunt’s office once every couple of days since November 8 to communicate my thoughts as a constituent, and I don’t plan on stopping.”

Along these lines, the Women’s March on Washington organization has instituted a “10 actions for the first 100 days” campaign.

The first of these actions is sending a postcard to your congressman. The Women’s March on Washington website offers free printable postcards to send.

For more of Daniel Virga’s work, please check out the Monitor’s Photo Feature in this issue.