Though this ambitious endeavor was created in nine months, the conversation has been happening for years.

In 2013, Kansas City Mayor Sylvester “Sly” James appointed a Task Force for the Arts. One of the propositions: a city-wide arts festival. With the help of Kansas City arts patron and philanthropist Scott Frances, Open Spaces turned into a 62-day art installation mimicking the biennial festivals seen in Europe.

Cheryl Kimmi, executive director of KC Creates: the fiscal agent for the festival, explains how Open Spaces has developed beyond everyone’s expectations.

“When I was originally hired it was going to be a three-day event. Then it morphed into this two-month event which was beautiful and exactly what needed to happen,” said Kimmi.

Open Spaces spans all around Kansas City where the work of over 40 different artists is located in downtown, Crossroads Arts District, Country Club Plaza, Midtown, 18th & Vine Jazz district and Swope Park, among other locations.

Swope Park is considered the central location of the festival. Every weekend there are music, dance, theater and poetry performances along with other participatory activities in “The Village.” Kimmi speaks about Mayor James’ decision to highlight Kansas City’s 1,805-acre park. 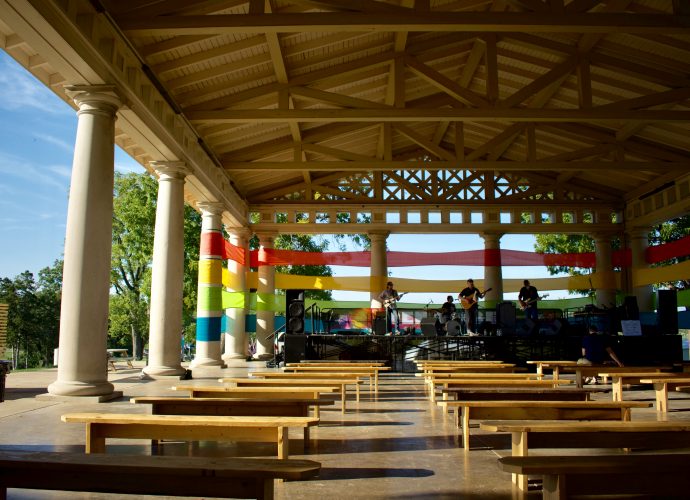 “The mayor’s piece was using Swope as the activator to start bringing our community together,” said Kimmi.

Swope Park and the area surrounding are still affected by the racial discrimination of mortgage lending of the 1930’s. Though banned 50 years ago, the redline that prevented any person of color to own property west of Troost still divides the city. Kimmi spoke about the standing effect of redlining and how Open Spaces seeks to help bring the community together in Swope Park. 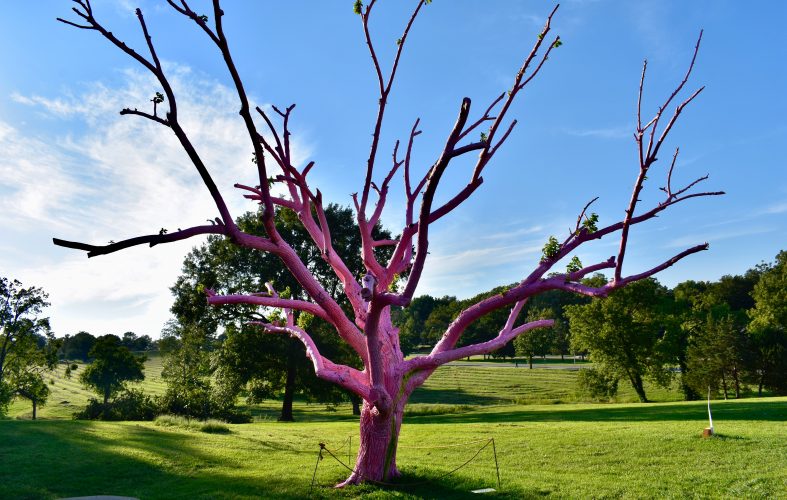 “It [redlining] may not be in the books, but for all intents and purposes, it is still there. So what better to bring people together than the arts? It is a beginning, and we are laying a framework, and a lot of the artwork will hopefully lead to conversations,” said Kimmi.

Open Spaces exhibits work from local artists like Shawn Bitters stand alongside national and international artists such as New York based artist Sanford Biggers and Berlin based artist Nevin Aladag throughout the city to start conversations and bring the community to Swope and Kansas City as a whole.

Open Spaces presents work representing nine U.S. states and 10 countries. Dan Cameron, the artistic director of Open Spaces, explains that the level playing field is intended to promote local artists, so they have a better opportunity to develop in Kansas City. 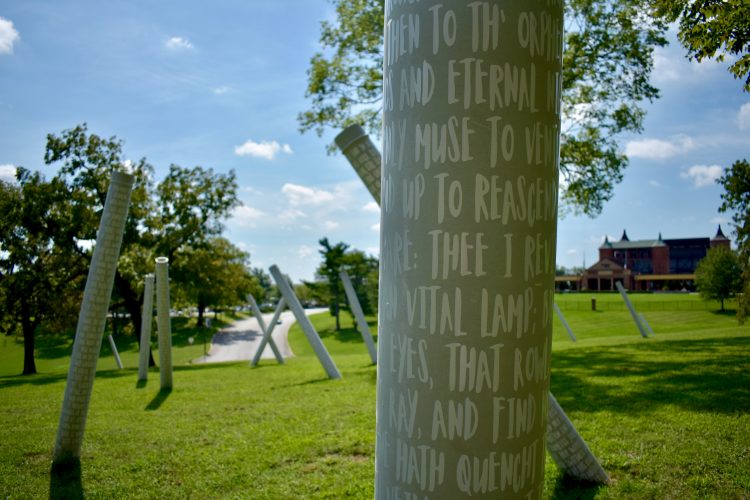 “There is a sort of a limit to how far you can go commercially in terms of your career as an artist in Kansas City,” said Cameron. “It has not been practical for an artist to have a career where they are showing all over the country but they are based here. I am not saying it does not happen, but it does not happen reliably enough that ambitious young artists do not eventually want to move to New York or LA or Chicago.”

Open Spaces intends to meet KC artists where they are right now.

“There is a little bit of an effort to head that off, to create a signature, cultural event for Kansas City that overtime creates visibility,” said Cameron

Open Spaces will continue until Oct. 28 to provide an unforgettable art experience with visual artists, musicians, dance, theater and much more. The Open Spaces website lists their full schedule to help you plan your visit.