History was made April 15, 1947 when the Brooklyn Dodgers debuted Jackie Robinson. Starting at first base, Robinson became the first African American player in Major League Baseball (MLB). Over the years, the MLB made a lot of progress in desegregation. But over 70 years later, racism is once again taking the field.

In game three of the 2017 World Series, Houston Astros first baseman Yuli Gurriel hit a homerun to put his team up 1-0 in the second inning. The camera followed Gurriel into the dugout for footage of the team celebration. While the camera remained on him, he reached up to his face and pulled his eyes back to a slant while saying what appeared to be “chinito”, mocking the heritage of Japanese Dodger’s pitcher Yu Darvish. 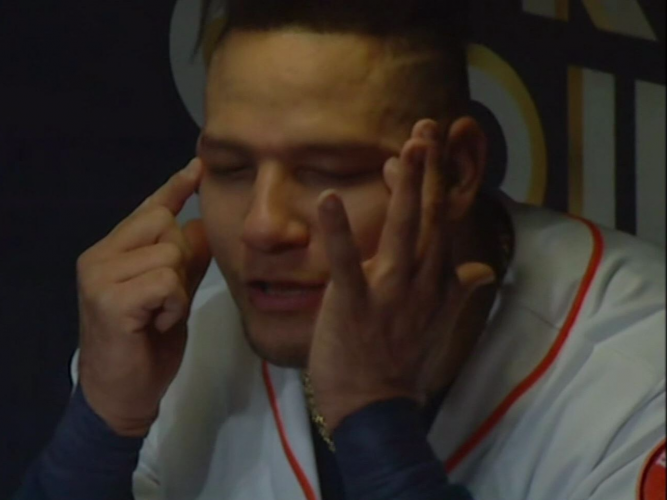 Gurriel, a native Cuban, attempted to rationalize his actions by saying, “In Cuba, we call everyone who’s from Asia ‘chino,'” and “I didn’t want to offend anybody in Japan. I have a lot of respect for Japan. I played in Japan.”

Gurriel’s apology was far from what I would call sufficient, but I am more disappointed with the way the MLB handled the incident. Gurriel was allowed to play the rest of the Series. His punishment will be a five-game suspension without pay at the beginning of the 2018 season. These beginning games are trivial compared to the loss Gurriel would have felt from missing out on the remainder of the World Series.

MLB Commissioner Rob Manfred stated that Gurriel was not banned from the rest of the Series because that would have punished the other Astros players as well. With this decision the MLB set the precedent that the game is more important than upholding human dignity. I’m finding it harder to love America’s favorite pastime when the values of American society are being compromised in the process. The American political climate today has reverted to racial harassment, and I’m upset that this is permeating other aspects of society, such as baseball.

The World Series incident does not stand alone. Other discriminatory events occurred throughout the 2017 season. Fans harrassed Baltimore Orioles centerfielder Adam Jones at Fenway Park in May, repeatedly calling him the N-word. A bag of peanuts was thrown at him, too. The fans were removed from the park immediately. In September, a banner was hung from the Green Monster that said “Racism is as American as Baseball.” Once again the fans were removed.

The hasty removal of fans is inconsistent with the lackluster approach that was taken with Gurriel. Gurriel finished the game. Gurriel finished the season. Gurriel won a World Series Championship. If Gurriel had been a fan in the stands, I think the MLB would have taken different actions because the MLB is quick to denounce racism, so long as it doesn’t interfere with the game.