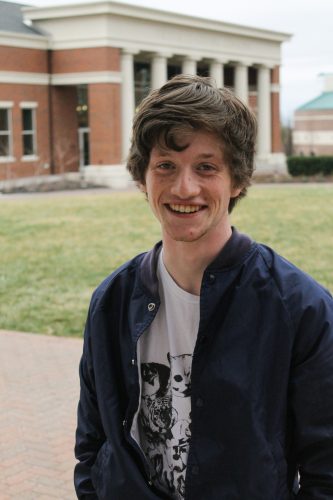 Buhlig will be taking classes in Amsterdam through the International Institute for the Education of Students (IES Abroad) as part of a Society, Culture & Gender program. During this program, he will be looking at art history, literature and sociology from a gender studies perspective and researching global feminist theory. At the end of his time abroad, Buhlig will write a paper discussing how the portrayal of gender and sexuality in Dutch literature and culture correspond with their issues of race, ethnicity and immigration.

“For our final in that class, we were reading different critical texts and synthesizing our own lens of literary analysis based on analyzing those critical texts, and we would use those to critically analyze a media piece. So I wanted to be able to do that but based on using a lot more critical texts than just two,” said Buhlig.

Looking at these texts in Amsterdam will provide Buhlig with a more hands-on experience, something that he is looking forward to.

“I’m really excited to be able to experience some material context for some literary artifacts. We get to go on a lot of field trips in these courses like [to] the Anne Frank Museum, Rembrandt’s house and then just a ton of museums for the art history course. It will be really interesting to be living in Amsterdam as I’m learning about all this Dutch history and the artifacts that come out of that culture, which I’m not familiar with at this point,” said Buhlig. 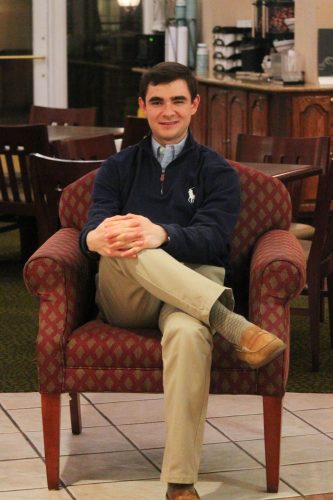 Novak will be remaining in the States, taking classes at George Mason in Washington D.C. while participating in an internship in the field of either U.S. foreign policy or national security. He will also be researching whether or not Secretary of Defense Robert McNamara misled President Lyndon Johnson in regards to the events that occurred during the 1964 Gulf of Tonkin incident, and if so, Novak will look at how Johnson was misled and the implications of it.

Novak was recommended for this program by Dr. Gary Armstrong. Once he heard about it, he couldn’t say no.

While most students use the Hall Grant as an opportunity to go abroad, Novak, who has never been away from the Midwest for an extended period of time, was drawn to the idea of being in Washington D.C.

Peng will be taking three Asian studies classes at Waseda University in Japan. Aside from taking classes, she will be volunteering at the Kobokan Community Center in Tokyo to immerse herself in the modern Japanese culture and learn about their welfare issues.

“I will need to get out of my comfort zone and interact with people from diverse backgrounds. This will make me acquire a greater knowledge of different cultures, see my own culture through a different perspective and gain a cross-cultural perspective,” said Peng.

Peng says she is most looking forward to learning about the culture but is nervous because she doesn’t know a lot of Japanese.

“I am most afraid whether I will be able to communicate with the locals well while I am there,” said Peng.

While abroad, Peng will begin her research paper over the current political and economic relationships between China, Japan and the United States. 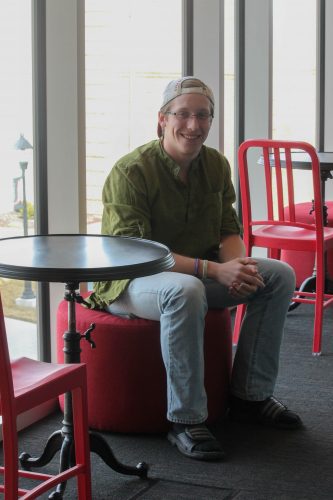 Pfeiffer will be researching permaculture fields in Ecuador at the Jama Coaque Reserve. He has been working on installing an aquaponics system and hopes that the knowledge he learns abroad will help him be able to implement new methods of sustainability in our own community.

Pfeiffer is most looking forward to working with the people and being in a different culture.

“A lot of what I’ve heard is that the biological station I’ll be at is really connected to the community, so I’m really excited to be able to interact with people and work with people in their area and improve their lives through agriculture,” said Pfeiffer.

While in Ecuador, he will be staying with other professors and students in a bamboo hut that houses 22 people, essentially living in the jungle for eight weeks.

Quirk is using his Journey Grant for a business internship, but he still wanted to pursue an opportunity in the history field. He will be using his Hall Grant to travel to London where he will be researching the origins, events and repercussions of the Berlin Blockade and Airlift at the United Kingdom National Archives.

Quirk, who has never been abroad, knew that he wanted to pursue an international project, but didn’t know exactly what he wanted to do. He approached his history advisor, Dr. Wilkins, and together they were able to come up with this project. Aside from the fear of problems occurring during travel, Quirk is afraid that he may get to London and ultimately fall short in his research. 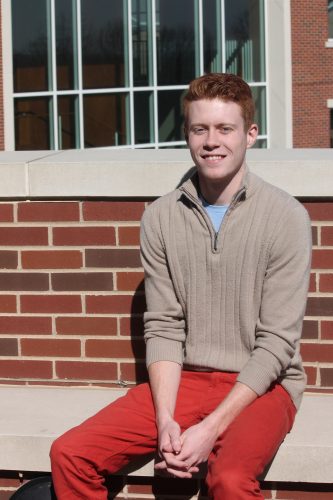 “My biggest fear is that I’m going to start researching, and it’s going to be a lot more difficult to actually find materials on the subject. Especially when I get to England, when I’m in the national archives there, if I don’t find anything it’s kinda like I’ve gotten there and there’s just nothing for me to do,” said Quirk.

Upon returning from London, he will continue his research next semester at the U.S. National Archives.

Shinogle will be participating in the University of Edinburgh parliamentary internship in which he will be taking classes at the university while interning and researching with a member of the Scottish Parliament.

“This program combined the three areas I was considering which was an internship, a research project and also study abroad,” said Shinogle. 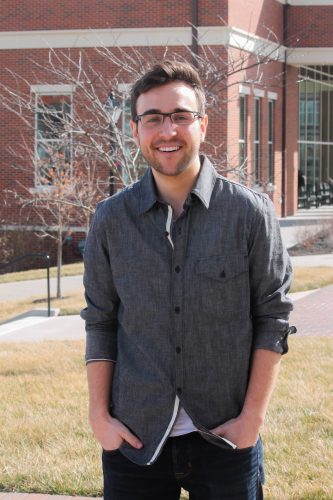 Even though Shinogle may not discuss Scottish parliament in the future, he will be able to use the skills and knowledge from his experience and apply it to other topics.

“I think that process of really figuring out how a country works from the inside will help me a lot in figuring out why a country might act in a certain way or maybe even influence some of the policy suggestions and arguments that I find compelling in the political science program and the ones I find myself defending and pushing as I write papers and talk about the issues of today,” said Shinogle.

In recent years, only five students have received Hall Grants.