This year’s new student orientation will be focused on co-curricular learning after an extensive revision process initiated in fall 2017 seeking methods to better gather data about the quality of student experience on the William Jewell College campus.

The four-day orientation will occur Aug. 18 to Aug. 22 and seeks to expose new students at Jewell to available resources and equip them with the tools to use them. This fall, Jewell will welcome approximately 170 first-year students and 40 transfer students. As some students are still registering for classes, these numbers are changing daily and only approximate enrollment numbers can be provided.

Student feedback, collected via surveys sent out shortly following the fall 2017 orientation, indicated that last year’s orientation was successful in preparing incoming students for their Jewell journeys. Yet, the data was largely subjective, and it was concluded that more specific outcomes needed to be determined for this year’s event.

The outcomes also seek to ensure that students understand college processes and policies, such as Title IX rights and reporting procedures, and residence life guidelines.

According to a document prepared for student life while planning for this year’s orientation, the comprehensively defined learning outcomes ought to lead to “providing students with improved learning opportunities and improving the learning experience” and “periodic activity reports, annual report, and multi-year program review (to occur in year 5 of the review cycle).”

Mary Dickerson, first-year experience director, has been a leader in implementing changes to the new student orientation program and is optimistic that these changes will facilitate better data gathering allowing for more in-depth program evaluation and quicker responses to student feedback.

“[We’re] moving away from ‘student satisfaction,’ though that is still important,” said Dickerson. “We’re learning how to measure what people are learning.”

Such comments are reflected in a metrics report compiled following the 2017 orientation which extensively represents which activities students enjoyed, but does not measure what students learned.

Shelly King, Dean of Students, commented that the changes at Jewell reflect trends in higher education nationwide as the impact of metrics continues to increase.

“Assessment is huge right now,” said King. “We’re taking it a step further to ask what students are learning and whether this is meeting the learning outcomes.” 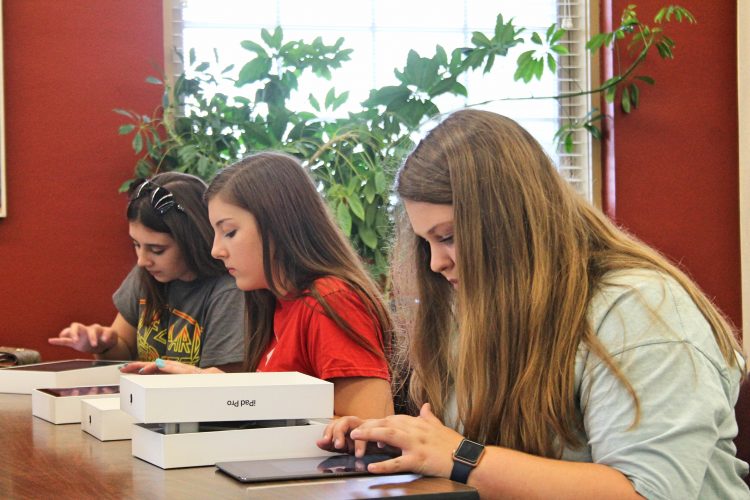 To facilitate evaluation, the four days of the orientation have been organized into the following categories: discovery, community, engagement and knowledge. The implementation of these categories is a direct response to student feedback gathered in fall 2017.

Specifically, Dickerson offered the example of reorganizing the second day of the orientation so that Diversity and Inclusion workshops are paired with Title IX training as opposed to with exercises from the Tucker Leadership Lab.

King commented that this organization should create a more natural flow in the orientation and allow students to better transition between activities.

“Discovery is new, and you’re internalizing, community is great for reflection, and you’re deciding where to engage—which is the third day,” she said.  “The fourth day of the program is specifically designed to push people to act with purpose.”

“We hope that everyone has been thinking critically throughout their high-school years but what we want to prepare them for is this specific community into which we’re welcoming them as a cardinal,” said King. “These four days are truly about equipping [new students] to be successful inside and outside of the classroom.”

Over 150 people have been involved in the orientation including student mentors, faculty, staff and members of the administration.

As the director of this event, Dickerson has been actively engaged in—and receiving emails about – the organization of this year’s orientation since October 2017.

“It’s been hard for us because we’re changing the way we think about things,” said Dickerson. “[But,] it’s been good.”

Kristin Wooldridge, coordinator of Student Activities and Greek Advisor, was thrilled to see the orientation come to fruition after so many months of planning.

“It was great; I got high fived by Dr. Dema,” she said about the first day of the program.

While there are still two days remaining in the orientation schedule, new students have already participated in sessions about service learning and diversity and inclusion, as well as completing their anti-harassment training.

Tricia Hager, director of counseling services, commented that the orientation is an exhausting time but that the collective excitement creates a shared energy.

“[It was] energizing seeing all [the new student’s] smiling faces when they drove up, even though they were really tired,” Hager said.