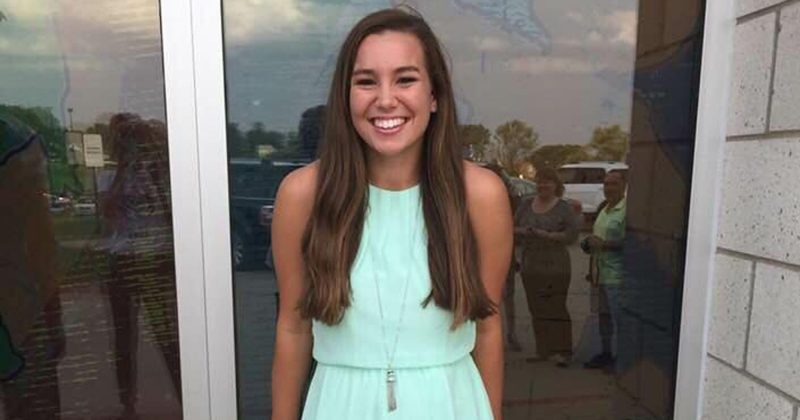 The recent murder of Mollie Tibbetts has sparked a nationwide conversation in the United States over harassment of female runners and harassment in general.

For readers unaware, Tibbets, a 20 year-old student at the University of Iowa went missing while on a run July 18. After a prolonged investigation law enforcement found both her body and the man they believe to be her murderer.

The suspect, Cristhian Bahena Rivera, has admitted to following her on her jog and harassing her, and getting angry with her but claims to not remember what happened next. The murder has thrust a spotlight on the issue of harassment of women runners.

In the wake of Tibbets’ murder, many commentators chose to focus on the fact that she was running alone at night. Several commentators claim that by running alone and at night she supposedly exacerbated her own vulnerability and advised other runners to learn from the murder and not run alone or at night.

Unequivocally, these criticisms – though perhaps well-intentioned – are reprehensible for several reasons. Most notably because it at least implicitly places part of the blame for the crime on the victim and for others’ conduct. It bears an uneasy resemblance to other forms of victim-blaming that, sadly, are endemic to harassment cases. Additionally, these criticisms are misplaced in believing harassment will not occur under different conditions.

According to findings of a survey conducted by the magazine Runner’s World, a staggering 43 percent of female runners report at least sometimes experiencing harassment on runs. For women runners under thirty, the percentage is even higher, with 58 percent of women reporting that they experience it frequently.

The issue of harassment is one that female runners are forced to consider every time they contemplate going for a jog. Many runners have reported that they either alter their routines or sometimes even quit running because it is such an uncomfortable experience. Even those who continue to run say they are usually hyper-aware of the possibility of harassment. Thus even when it does not occur, harassment robs them of their sense of safety and makes them feel constantly on edge and vulnerable.

Data from the same survey reports harassment fears have inspired an overwhelming majority of female runners to make some change to their usual running practices – whether it be by restricting their running to daylight hours, running with a cell phone, changing running routes or even quitting running outside. Harassment has produced a culture of fear that robs the majority of female runners of their peace of mind when running freely outside.

Running is not an isolated area, it is only one facet of a larger societal problem. It is a problem found in the workplace, in colleges, in high schools and across the breadth and depth of American society. It is embedded in American society and is pervasive: sexual harassment.

Recent findings by the nonprofit Stop Street Harassment has found a staggering 81 percent of women have experienced some form of sexual harassment in their lifetime. Clearly, this high percentage is unequivocally unacceptable and requires swift and sweeping action to redress. Stiffer legal penalties, a more educated society and a constantly improving awareness of this issue are all stepping stones to a dismantling this culture of fear.

Today, in the U.S., women do not feel safe. That, in and of itself, is a fundamental problem that needs addressing. No one should be subject to pervasive fear and paranoia particularly not due to fear of harassment. Nor should the impetus be on potential victims to always be hyper-aware of the danger.

Yet, in the days following Tibbets’ death, commentators spoke up about what individuals could do to diminish the risk that they may face of harassment and not on the issue of harassment itself.  That is unacceptable. The onus for change does not, and should not, be on potential victims but on harassers and the society that enables them.

The fact that this culture exists, the fact that runners in America must live with this perpetual fear of harassment should call the country to action to dismantle the culture of fear and to strike against harassers and the aspects of American culture that enables them.

Complete and absolute elimination of harassment is a noble goal to strive for. Logically and realistically, it is one highly unlikely to be achieved, but by seeking vigorously and working constantly towards elimination, sweeping reduction can be achieved. Waging total war against harassment in all forms, against this culture of fear and those aspects of society that enable it is the path to a better future.

It is a goal impossible to reach but that will constantly push the nation forward – push the country to always improving on this issue on which for far too long it has been far too lax.

Hopeful signs of change are present. Awareness of sexual harassment and activism to stop it continues to grow. The Time’s Up and Me Too movements stand as powerful indicators of an increasing determination of the American people to focus on this often overlooked issue and to finally do more to address and combat harassment.