The Hilltop Monitor sat down with Jeffrey Burrow, a 21 year-old first-year music performance major. He is easily identified by his flowing hair, exuberant personality and love of singing. He talked about choosing to attend William Jewell College after a brief break from school 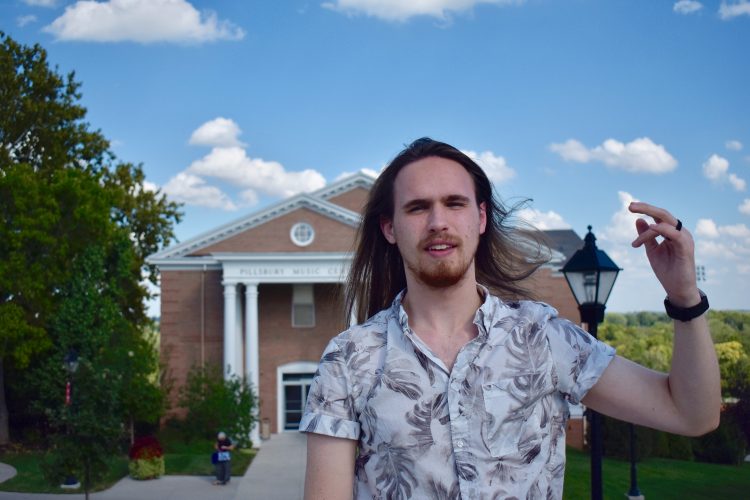 “I came here originally for an audition for a classical singer competition, which is a nation-wide… singing competition. [Some] of the auditions were held [at Jewell], and I sang my audition and afterwards the choir professor, Dr. Maglione [professor of choral studies], came up to me and said ‘Hey, are you looking at going to school?’ and I said ‘Not really’ and he told me ‘You should and you should look at going here’ so I said ‘Alright, cool’ … I was looking to go to college anyways, for singing.”

He touched on his passion for singing and his musical preferences.

“I’m very passionate about singing. It’s my favorite thing to do, I can do it any time. It’s not like a normal instrument I have to carry around with me, I just have it with me at all times. And I can sing whenever I want and it usually makes me feel better. … [I’ve been singing] ever since I was little, my dad would sing to me and my sister when we were going to bed. I’ve just loved singing ever since then and I’ve been doing it ever since.”

“I think [classical singing] might be what I’m best at. I would prefer to sing… or be the front-man in a band like Queen or Panic! At the Disco, like that kind of stuff. That’s what I love to do. I think I’m okay at it, but maybe better at classical. I’m not sure.”

He also talked about how he would like to be able to get more kinds of music involved on campus.

“I actually am looking to start a band, me and Larry [Larry Dahlsten, first-year music education major]. He was going to do guitar and I was going to do vocals we need to find a drummer and … a keyboardist.”

Burrows mentioned enjoying Jewell because of the people on campus and how everyone interacts so positively, especially despite the age gap between him and most other first-years.

“Everyone’s really nice, I’ve met a lot of people already and everyone seems super chill and fun to hang out with. … [Being older than most other first years] isn’t really strange. I mean, everyone’s an adult. … I also have the personality of a 16 year-old guy so it evens out.”

Despite his positive experiences on campus so far, he has had a few issues – primarily getting injured early in the semester.

“I got a concussion within the first week. I was playing first-year ultimate frisbee [a residence hall event] because that was an event that was happening, but it was like three first-years and the rest were upperclassmen. Then I was playing and I fell down, I hit my head and got my third concussion. Which isn’t as much as some! … Honestly, I don’t remember much from the past two weeks because of my concussion.”

Thus, his final advice to others on campus is simple:

“If you have a lofted bed, put a pool noodle on the railing so you don’t give yourself a concussion. Because it’s happened already. Not to me! But to someone.” 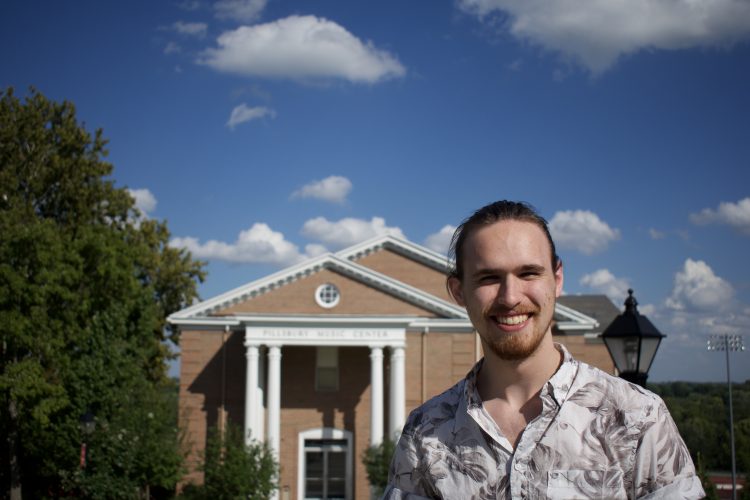