“The Shape of Things,” a 2001 play by Neil LaBute, played in Brown Theater Feb. 16 and 17. Senior theatre and psychology major Brioni Garvin directed and starred in the show for her senior capstone performance, a project in which senior theatre majors demonstrate their comprehensive theatrical education at Jewell by producing a show.

The play follows four students at a small-town college. Art student Evelyn, played by Garvin, meets nerdy English major Adam, played by first-year music education major Samuel Person. After Evelyn impresses Adam with her artsy, non-conformist personality, they pursue an intense relationship. Evelyn convinces Adam to make changes to his appearance. She overhauls his wardrobe, puts him on an exercise regimen and gets him to change his diet. Adam’s close friend Phillip, played by sophomore theatre major Terrace Wyatt, Jr., and Phillip’s fiancée Jenny, played by sophomore biochemistry major Haley Call, are shocked by his transformation. Jenny is so impressed that during a private meeting between her and Adam, she kisses him. Later, Evelyn convinces him to get plastic surgery to reshape his nose and manages to persuade him to disassociate from Phillip and Jenny. 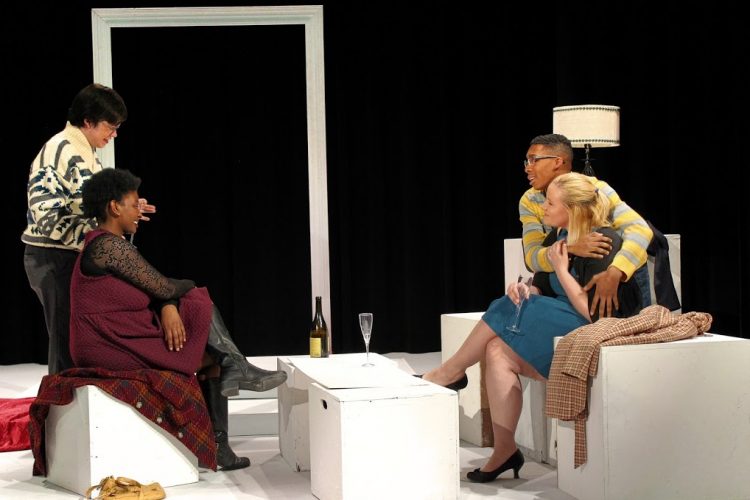 Finally, Evelyn invites Phillip, Jenny and Adam to an art presentation where she reveals that her relationship with Adam was a sham and that he was simply a prop for her artistic piece on transformation, an unkempt nerd sculpted into an attractive academic. Devastated, Adam confronts Evelyn, telling her that her project was not art but a sick joke. The play ends with Adam sitting alone in the art gallery sobbing in front of a laptop, watching a video Evelyn recorded of the two making love.

LaBute wrote an exciting and engaging play with interesting, multidimensional characters. The script is ripe with intriguing commentary on art, ethics and love.

However, this commentary would have been lost without an incredible performance. Garvin’s confident and calculating portrayal of Evelyn made the reveal more shocking. Garvin and Person had great chemistry, interacting comfortably as a couple then demonstrating palpable, fiery tension after Adam realizes the relationship was a hoax. From the nervous, nail-biting Adam of the first act to the confident, confrontational one of the second, Person skillfully handled the task of depicting a months-long transformation in two hours.

Wyatt and Call, whose characters reflect the dynamic and disastrous relationship of Adam and Evelyn, intervened beautifully in their respective scenes. Wyatt was expressive and active, a near-constant force of honesty in the play. Call was sweet and receptive, captivating the audience when she betrayed both her fiancé and Evelyn by kissing Adam. 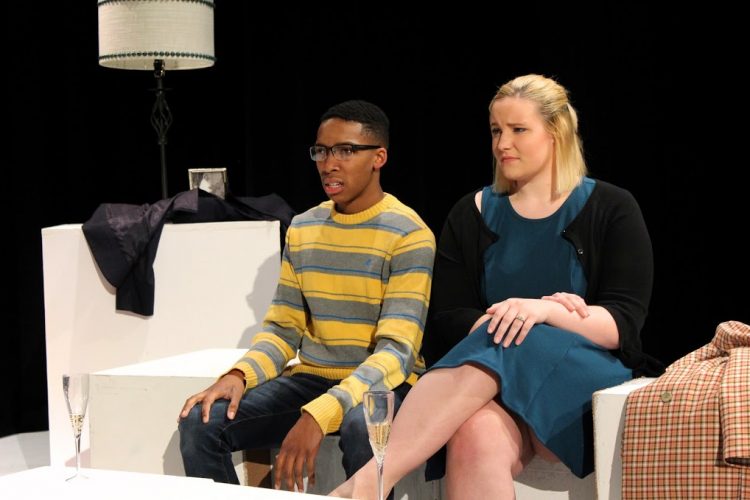 The production was not tech-heavy, though the lighting was managed skillfully and complemented some of the more intense moments. The set was versatile and the props colored scenes to create believable atmospheres.

When asked what she learned from her production, Garvin said, “I always knew we have to have ethics and morals in science and rightfully so, but I always wondered: Why don’t we have morals in art? And I feel like this is one example where, though people should be free to create what they want and express it in any way that they feel appropriate, there is a point when it is too far.”