Melton began by describing the many activities she has been involved in during her time at Jewell.  She held executive positions in the Nonprofit Leadership Association (NLA) and Feminist club and was the chief copy editor for the Hilltop Monitor for two years. She is a Resident Assistant and a member of multiple honor societies.

She went on to discuss the extracurricular activities that have made a major impact on her life and how exactly they have affected her.

“I think my involvement in NLA  has been really formative for me. For one thing, a lot of the people who have been on the executive committees all three years that I was involved in it were really strong women in the nonprofit sector, or planning to go into the nonprofit sector, so I found a lot of really important and valuable friendships that guided me in really formative ways through that organization. And it gave me a way to kind of bridge a gap between my interests in nonprofits and my major in the humanities. It introduced me to a bunch of nonprofits in the area, a bunch of different ways that you can get involved in nonprofits from fundraising to marketing to more on-the-ground work that you see and just being able to do fundraising myself,” Melton said.

“The Hilltop Monitor is probably the organization where I found the most friendships and just that feeling of really welcomed involvement. It also helped sharpen my writing skills and helped me use them in a more tangible way than I ever really have before, so that was exciting for me,” said Melton

Melton also described the two classes that have most influenced her plans for after graduation.

“I took my capstone last semester, Well-Being by Design with Dr. Wetmore, and that evolved into an independent study I’m doing on housing in Kansas City and how that’s been structured to be unequal and problematic. So that has directly propelled me into working for Habitat for Humanity. But I really started thinking about this kind of wanting to bridge the gap between the humanities and the policy/nonprofit world when I first took my World Literature tutorial with Dr. Jani, who was an adjunct professor at the time. She focused on human rights literature and we read a lot of theory about this gap between theorists and intellectuals and the people who they’re supposedly helping. So that got me interested in this kind of trying to take my humanities education and do something more tangible,” said Melton.

Melton is spending a year working for a nonprofit before attending graduate school. Melton would like to use the experience and degree she will earn to begin work that combines the interests she previously discussed.

“In June I will move to Lacrosse, Wisconsin. I’ve never been to Wisconsin, I think I might freeze to death. I am taking up an Americorps Vista position. I am doing fundraising and marketing for Habitat for Humanity of Wisconsin and that’s a 12-month role. Then in September of 2019, I will be going to the London School of Economics and Political Science and I’ll do a 12-month masters program in International, Social and Public Policy,” Melton said. 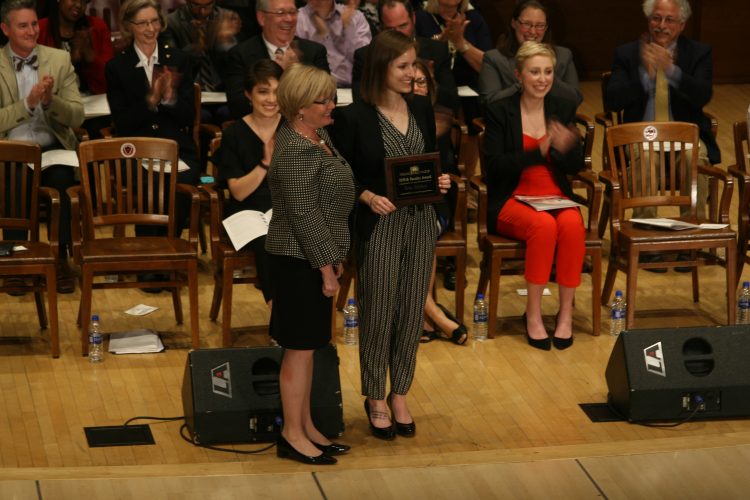