Basketball is back, and the NBA kicked off what promises to be an exciting 2017-2018 season Oct. 17 with two blockbuster matchups.

The Houston Rockets defeated defending champions the Golden State Warriors in Oakland 122-121 after Kevin Durant’s final basket at the buzzer was waved-off. This gave James Harden and his Rockets their first win of the season while dropping the Warriors to their second 0-1 start in a row.

LeBron James and his defending Eastern Conference champions the Cleveland Cavaliers welcomed back former teammate Kyrie Irving and the Boston Celtics to Cleveland for their first game of the season. Irving was traded to Boston late this offseason after requesting a trade from his team of six years, the Cavaliers, this summer. The Celtics quickly fell into a large deficit after newly-acquired star Gordon Hayward gruesomely broke his ankle in the early minutes of the game. The Celtics were able to recover, but LeBron’s 29 points, 16 rebounds and nine assists proved too much for Boston with the Cavs taking the win 102-99.

These two nail-biting games featured both teams from the NBA finals last year and set the tone for what should be an interesting and competitive season. The big question after the Warriors’ 15-1 postseason championship run and the Cavaliers’ pre-finals 12-1 record is whether these two “super-teams” will have any legitimate challengers this season. 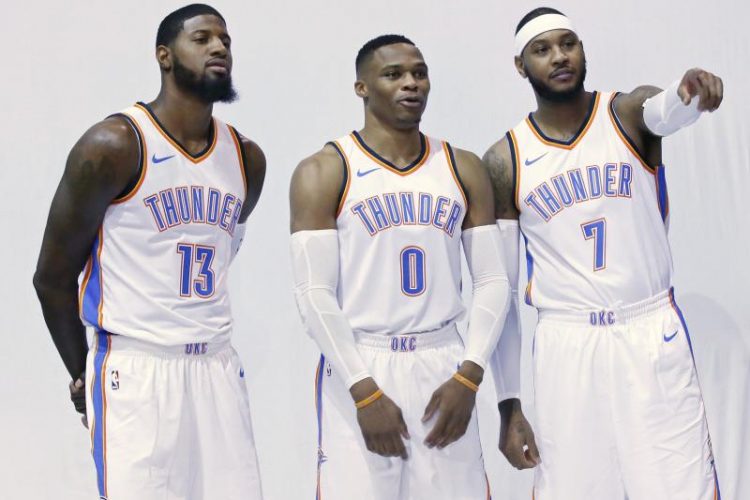 A wave of talent hit the Western Conference as the Houston Rockets and Oklahoma City Thunder have each added All-Star players to their already playoff-caliber rosters and will undoubtedly be in the conversation of top teams in the Conference. Reigning MVP Russell Westbrook added All-Star forwards Paul George and Carmelo Anthony to the Thunder from the Eastern Conference but lost interior defense and bench depth as a result. MVP finalist and All-NBA guard James Harden added former All-NBA guard Chris Paul to the Rockets’ back court, sacrificing bench depth as well in the process.

However, with reigning sixth-man of the year Eric Gordon still on the roster, don’t expect Houston to lack the bench scoring necessary to be a contender. MVP finalist and current MVP favorite Kawhi Leonard and his San Antonio Spurs will surely be in the conversation as well. They have the best coach in the NBA, Gregg Popovich, on their bench. With players like center Lamarcus Aldridge embracing and thriving in their roles, the Spurs will surely be a team to beat in the West this year, as always. 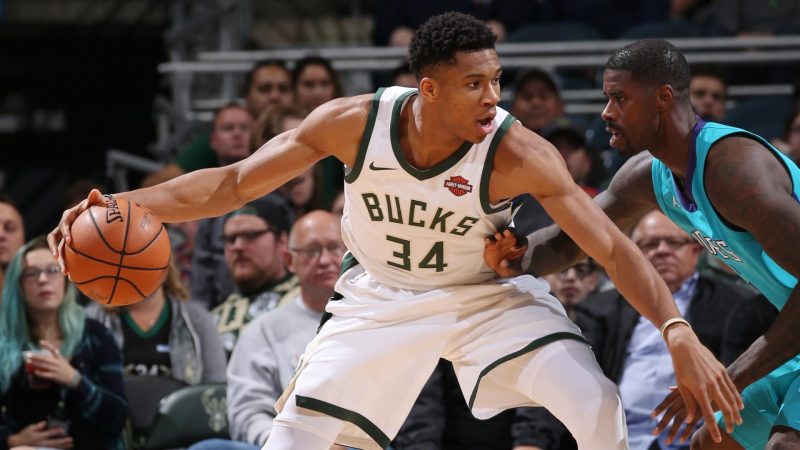 Finding a team in the Eastern Conference to challenge LeBron has been an issue since Paul George and his 2013 Indiana Pacers team pushed LeBron’s then Miami Heat team to seven games in the conference finals. Eastern Conference runner-up the Boston Celtics are the only team in the East that have drastically reloaded their roster, adding two All-Star players in guard Irving and forward Hayward. Unfortunately, Irving’s addition came at the expense of adding talent to the Cavaliers rosters in the form of playoff-superstar guard Isaiah Thomas and three-and-D forward Jae Crowder.

With these additions, along with former MVP Derrick Rose and Finals MVP Dwayne Wade, combined with Hayward’s season-ending injury, the Celtics still may not be at the level of Cleveland and “King” James. The usual Eastern powers like John Wall and the Washington Wizards and the All-Star backcourt pair of DeMar DeRozan and Kyle Lowry for the Raptors in Toronto will surely make their presence felt in the east, but perhaps some fresh teams will look to make the jump to contenders this season.

Giannis Antetokounmpo has absolutely exploded out of the gates to start his 2017-2018 campaign. Leading the NBA in scoring and leading his Milwaukee Bucks to one of the best records in the league have given Antetokounmpo a very real stake in the MVP race as well as giving his team a chance to compete with the Cavs as a top team in the Eastern Conference.

The average draft position of the Philidelphia 76ers’ starting lineup is 5.6 overall and the average age is 23.8 years old. Led by second-year phenomenon Joel Embiid, attempting to play the first full NBA season of his career, and two consecutive number one overall picks in Markelle Fultz and Ben Simmons, the 76ers’ young and overflowingly talented roster may just make their mark on the East as they will attempt to reach the playoffs for the first time since 2012.

The 82-game narrative that began this October will end sometime next June and will surely be a memorable one. If it is anything like previous seasons, there will be drama, excitement and anger, and if fans are lucky, history will be made on multiple occasions.