On Sept. 9, Nia Franklin was crowned the 2019 Miss America. This was the 92nd Miss America competition, and it took place in Atlantic City, N.J.

Franklin represented the state of New York. Bridget Oei, the representative from Connecticut, was first runner-up.

Franklin is from Winston-Salem, N.C. She has a master’s degree in music composition from the University of North Carolina School of Arts and is a classically trained opera singer. 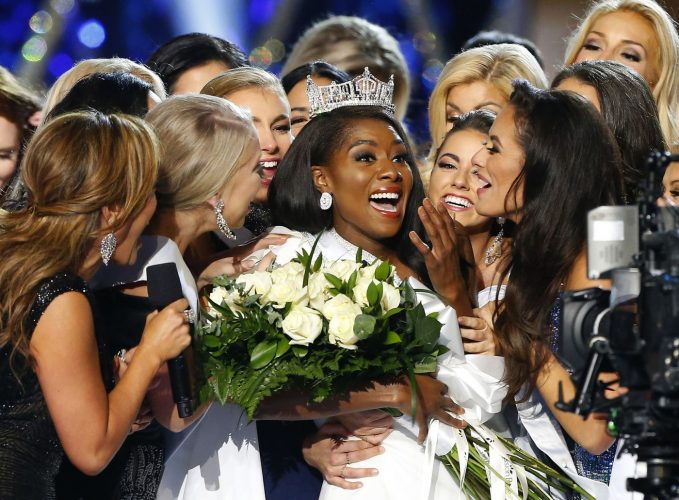 Music helped Franklin find her identity, which she cites as the reason she plans to promote the arts as Miss America.

“Although I was a minority in my school, I connected with my peers based on our mutual love of the arts. For the Miss America Organization, I will bring my zeal for music and performance and be a strong support for arts in education,” Franklin said.

However, the rebranding of Miss America did not just include the change of name. Since the December scandal involving the former Miss America CEO, Sam Haskell, the organization has changed leadership and the structure of the competition.

Most noticeably, the swimsuit competition was removed from the competition this year. Franklin, among other contestants, was glad to see this change made.

“I think [young women] feel more empowered that they don’t have to do things such as walk in a swimsuit for a scholarship. And I’m happy that I didn’t have to do so to win this title tonight because I’m more than just that,” Franklin said.

Gretchen Carlson, the new CEO of Miss America, actively speaks about changing the culture of the organization. Carlson was an advocate for removing the swimsuit competition.

“We want to pay tribute to tradition and we believe that physical appearance and beauty and being fit, that is empowering,” Carlson said. “We’re just not going to judge women on that anymore.”

Contestants were also required to present social impact statements, which explained what each contestant would advocate as Miss America.

Franklin’s statement focused on having equal access to education and maintaining arts in education.

Though controversy surrounded the 2019 competition, Franklin says she feels grateful to be a part of these impactful changes.

“I’m a part of history. Miss America started off as a swimsuit competition, but I think it’s important that we’re evolving and I’m so excited to be a part of the new era,” Franklin said Sept. 9 on “Good Morning America.”