“Overwatch” is a hero-based competitive first-person shooter multiplayer game in which teams are composed of six players. Each player selects a different “hero” character from the 26 characters available on the roster, each of whom has their own specific abilities, weaknesses and personalities.

Each team of six then works with other members of their team to either complete the given objective of that game mode or stop the other team from completing it. Once the time limit has been reached or one team has completed the objective, the game is awarded and the successful team receives one point.

After international professional players signed contracts to join the league in July 2017, they began being drafted onto OWL teams.

OWL was announced in November 2016, with the intent of being the first major eSports league with city-based teams, similar to American sports leagues, where “teams and players thrive for years to come.” After a short preseason in December 2017, Blizzard appears to have reached its goal with the OWL kicked into full force in January. 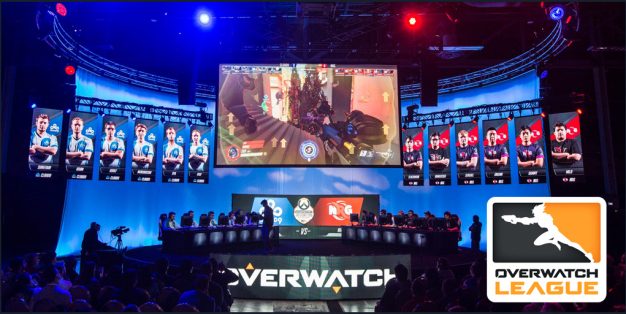 The OWL regular season is divided into four stages that will span from Jan. 10 to June 16. Within each stage, there are five weeks of head-to-head matchups between teams, occurring Wednesday through Saturday. Each team will play two games each week, all of which will occur at the Blizzard Arena in Burbank, Calif. Each game counts toward a team’s overall record, which will determine postseason standings. At the end of each stage, the best performing teams compete for bonuses and to be crowned “Stage Winner.”

The postseason consists of the top teams from both divisions, Atlantic and Pacific, and has a familiar playoff bracket system that will run from July 11 to July 22. The OWL finals will take place July 26 through July 28, with the first ever OWL champions getting bragging rights, a trophy and a $1 million prize. 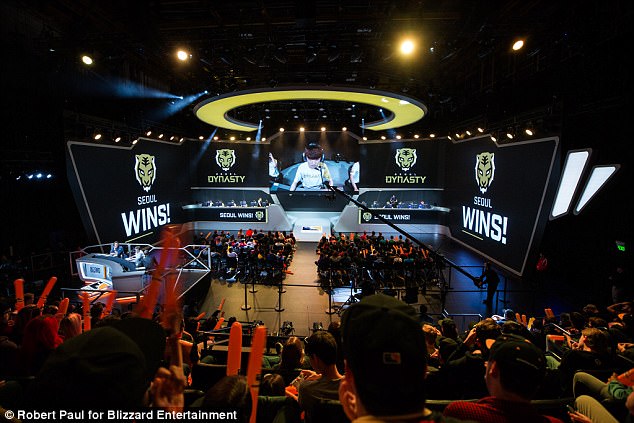 After the first four weeks of competition, the London Spitfire and New York Excelsior, both in the Atlantic division, are atop the standings with a record of 7-1. The Seoul Dynasty are the current leaders of the Pacific division at 6-2 with the Los Angeles Valiant close behind at 5-3. The Houston Outlaws, Boston Uprising and Philadelphia Fusion round out the top of the Atlantic division, all with a record of 5-3. The San Francisco Shock and Los Angeles Gladiators of the Pacific division have had a rough start so far, both teams currently 3-5. The Dallas Fuel and Florida Mayhem from the Pacific and Atlantic respectively, are looking to save their seasons after 1-7 starts. Finally, the Shanghai Dragons are likely disappointed as they have begun the season 0-8.

Fans of the OWL can catch the action on Twitch, Overwatchleague.com, MLG.com, and the OWL app.